Home » Movies » Watch Movie ‘Up’ This Weekend On Amazon Prime 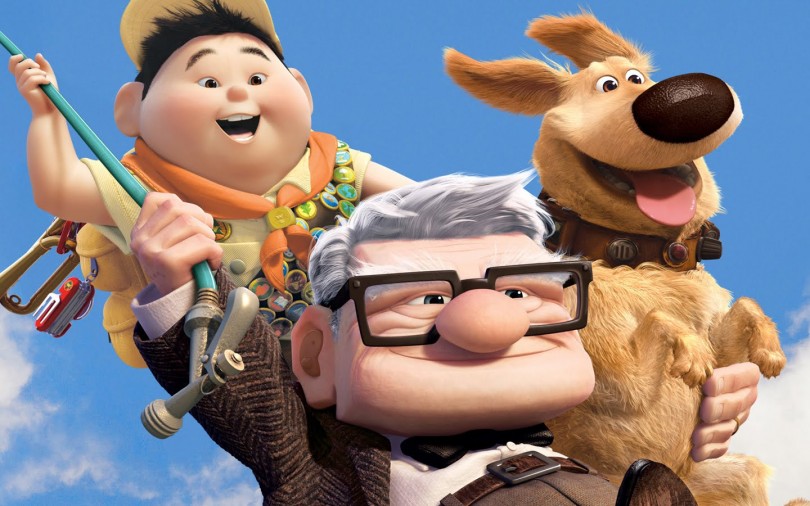 Carl Fredricksen as a boy wanted to explore South America and find the forbidden Paradise Falls. About 64 years later he gets to begin his journey along with a Boy Scout named Russel by lifting his house with thousands of balloons.

On their journey, they make many new friends including a talking dog and figure out that someone has evil plans. Carl soon realizes that this evildoer is his childhood idol.

Watch Trailer Of Movie ‘Up’ Here

Not that there’s anything wrong with an animated film tugging at our tear ducts. But you can sense unease rippling through the younger halves of the family audience when, about five minutes into a spunky prologue, intrepid pre-pubescents Carl and Ellie abruptly morph into newlyweds, and then not-so-newlyweds.

They gray and stoop before our eyes, youthful dreams of exploration traded in for the comforts of home and domestic bliss. Ellie wants a baby but can’t have one. Their savings for the holiday of a lifetime are eaten up by this rainy day, that domestic disaster, until there’s no more lifetime left — not for Ellie, anyway.

At this point, roughly 15 minutes into Up, something magical happens. With an eviction notice looming, Carl decides that it’s never too late to try something new.

Assisted by thousands of brightly colored balloons, he transforms the house into a flying machine, rises above the streets of his city and sets his course for the fabled Paradise Falls, somewhere deep in the South American jungle.

Conveniently, from a screenwriting point of view, there’s a stowaway on board – a young boy named Russell (Jordan Nagai), who’s hell-bent on earning his wilderness explorer merit badge for helping the elderly.

For the first time, Cannes opened with an animated film and the expectation was that Up would be a Pixar film to rank alongside Finding Nemo and Toy Story. This proved a false hope.

The first 3D feature film from Pixar follows Cars and Wall-E in taking a warm-hearted look at life on earth before overdosing on sentimentality. Pixar, it seems, is turning into the new Steven Spielberg, expert at setting up worlds and plots, but unable to avoid saccharine endings, which stop good movies being great ones.

Carl (Edward Asner) and Ellie are childhood sweethearts who dream of being adventurers just like their hero Charles Muntz (Christopher Plummer).

A superb silent montage sequence as good as anything the cartoon outfit has ever done gives us a potted history of their life together until Ellie dies, leaving Carl a lonely 78-year-old widower.

He decides that he owes it to his wife to finally go on a big adventure. Facing eviction from his marital home, Carl, with echoes of Chitty Chitty Bang Bang, turns his house into a flying machine using children’s balloons.

The sequence is the only one that makes full use of 3-D in a picture that could easily be seen in 2-D. Carl inadvertently takes a young do-gooder scout called Russell (Jordan Nagal) along for the ride.

Before you can say Around the World in 80 Days, the unlikely friends arrive in a lost world of talking dogs and rare colorful birds in South America.

Yet, with the story perfectly set up for a classic adventure, the film quickly runs out of ideas and drowns in a series of sentimental clichés, with Muntz a terribly underdeveloped villain.