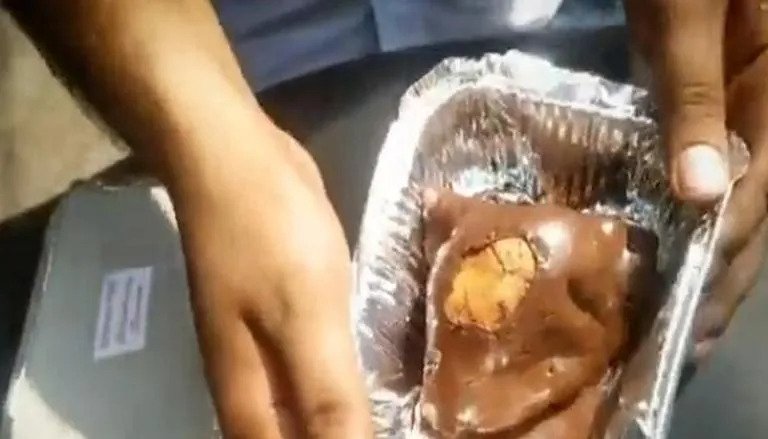 Food experimentation is a typical phenomenon that is seen all over the world. Social media is brimming with videos showing people who have created fusion foods that incorporate every ingredient.

For instance, the much-talked about pizza with kiwi or the highly acclaimed Gulab Jamun cheesecake, we’ve heard internet chatter about everything.

While certain dishes prove to be tasty, other dishes cause confusion on the internet. One food item that was recently a hit via social networks was idli served on a sticks. From Anand Mahindra to Shashi Tharoor, we saw lots of people posting about this particular idli, which is served in a Bengaluru restaurant. The menu also includes Chutney and Sambar.

If you think you’ve seen all and you’re still not satisfied, we have a special dish for you. This is a chocolate Samosa. You read it right! Industry entrepreneur Harsh Goenka recently made use of Twitter to share a quick video of this strange food combination where we observe samosas dipped in strawberries and chocolate.

This isn’t the only thing that’s been shared. The samosa is filled with strawberry jam to fill it. “Seeing the Idli of a lollipop in social media was fine but this one (screaming emoticons)!”

Seeing the lollipop idli circulating in social media was ok, but this one 😱😱! pic.twitter.com/aKArtGMLyb

After being shared, the post has received 25.3k views as well as hundreds of comments. “There ought to be a ban on these fusion foods,” wrote one. A different person said, “Chocolate samosa is very popular today.

In NCR, there are entire establishments based on samosas. They offer a variety of samosas – vegetarian, non-veg. They also have dessert samosas such as these.”

“I just can’t experiment at this level! Someone will soon come up with a non-spiral jalebi or cheesy katchori!” read a third comment. “It’s sacrilege of Samosa, if it’s not then how about Samosa, Idli, Dosa icecream or tandoori Idli, dosa, wada, or even poori,” another comment read.

A few days ago, another video on chocolate chai had viewers puzzled. Food YouTuber Amar Sirohi went to his YouTube channel, ‘Food Incarnate to talk about his experiences with chocolate Chai.

Then, he issued an advisory to every Chai fan “It is a joke that is made using chai…can’t taste the flavor of chocolate or tea.” Check out the video here: