Home » 14 Brilliantly Creative Condom Ads That You Should Watch 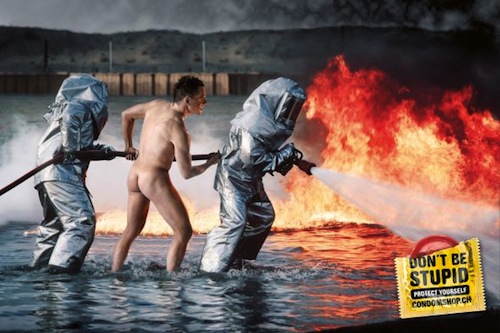 Assuring patients of confidentiality about potentially sensitive matters may make them feel more willing to use reproductive health services. Of course, condom advertisements also aim to encourage the public to consider their sexual health – be it through risqué humour, clever visual images or serious messages. As such, they can be a good place for ad agencies to show their creativity and produce some excellent work.

A series of advertisements from the Chinese condom company Elasun cleverly tied in their product to a massive sporting event. In the run-up to the 2008 Olympics, archery, cycling, basketball, rings and swimming were apparently voted the safest Olympic sports set to be practised in Beijing. 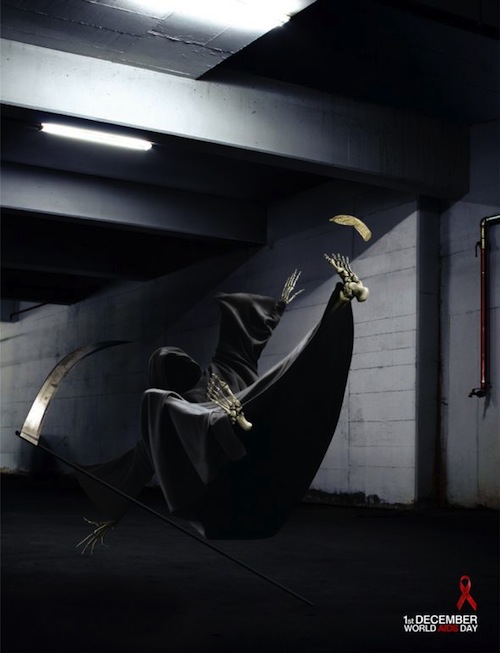 Featuring Death himself in an AIDS awareness campaign might not be a new idea, but the Reaper has surely never been depicted slipping over on a condom. This ad was created for World AIDS Day, which takes place on December 1 each year, by the Greek advertising agency Cream.

In this eye-catching Belgian advertisement for Durex, created by agency McCann Erikson in 2006, street art is ingeniously employed, with the “ribs” of the paving intended to mimic those of the condom.

Here’s a condom advertisement that isn’t even slightly sexy, despite what it depicts. This and other ads in the same campaign seem to warn the public about the risk of AIDS by portraying those engaging in unprotected sex as skeletons.

The clever campaign of which this ad was part looks to warn off those intending not to use protection by depicting sperm with the distinctive characteristics of Adolf Hitler, Osama Bin Laden and Chairman Mao.

Another campaign from Argentina’s Tulipán featured couples treating dogs with as much affection as they would young children – gazing at one adoringly as it sleeps, as in the above ad; taking another on a beach holiday; and even throwing one lucky pooch a birthday party.

South American condom manufacturer Olla’s campaign is certainly creative – if perhaps a bit mean. It features various conventionally unattractive couples, like the pair above, along with the slogan, Please Use Condom.

This advertisement gives a new meaning to the phrase “fun in the sun.” The ads, like this one, in the campaign for Hansaplast’s Long Pleasure Condoms line featured women exhibiting rather suggestive tan lines, with the implication that using the company’s product will give the user a greater degree of endurance.

Durex’s “Get it On” campaign was created by Atlanta-based Fitzgerald+CO and was launched in 2008. The adverts featured cute if slightly strange balloon-modelled animals, well, getting it on, and in a variety of different positions.

10. Condomshop – don’t be stupid, protect yourself

With a play on the idea of “protection,” the man pictured ready to storm a building in the nude is meant to represent someone “going into action” without a condom. It certainly seems like a bad idea, if this image is anything to go by.