You may be barely knee-high-sock deep into your fall wardrobe planning, but odds are you’re already thinking about what you’ll be dressing up as this Halloween.

That’s what two of the most popular platforms for outfit inspiration, Pinterest and Lyst, have found, as they gear up for the holiday.

According to user data they’ve compiled throughout the year, shoppers have been using their respective search engines to start dreaming up their Halloween costumes as early as the spring.

That surprising tidbit isn’t meant to stress you out—we’re still a month out, and Yandy has only now started to pitch out its head-scratching topical costumes!—but rather to convince you that when the two brands team up to compile a single, definitive ranking of the 10 getups they foresee taking over our Instagram feeds, you should trust their intel. 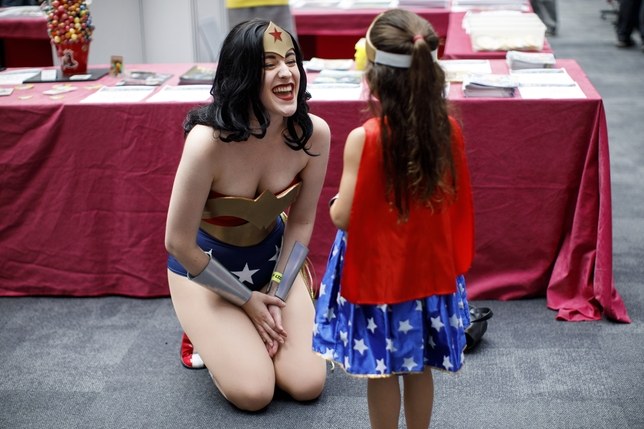 Pinterest and Lyst crunched the numbers on their combined 210 million monthly users globally from this year to predict what the most popular Halloween costumes will be in 2018. There are the ones you probably saw coming and others that, though always adorable, feel a bit random .

Though we imagine there will be plenty of Taylor Swift zombies making the rounds this year , these 10 ideas should get the ball rolling on your own costume brainstorm—or, at the very least, prepare you to expect to run into a lot of Pennywises out on the street come Hallow’s Eve. Read on. 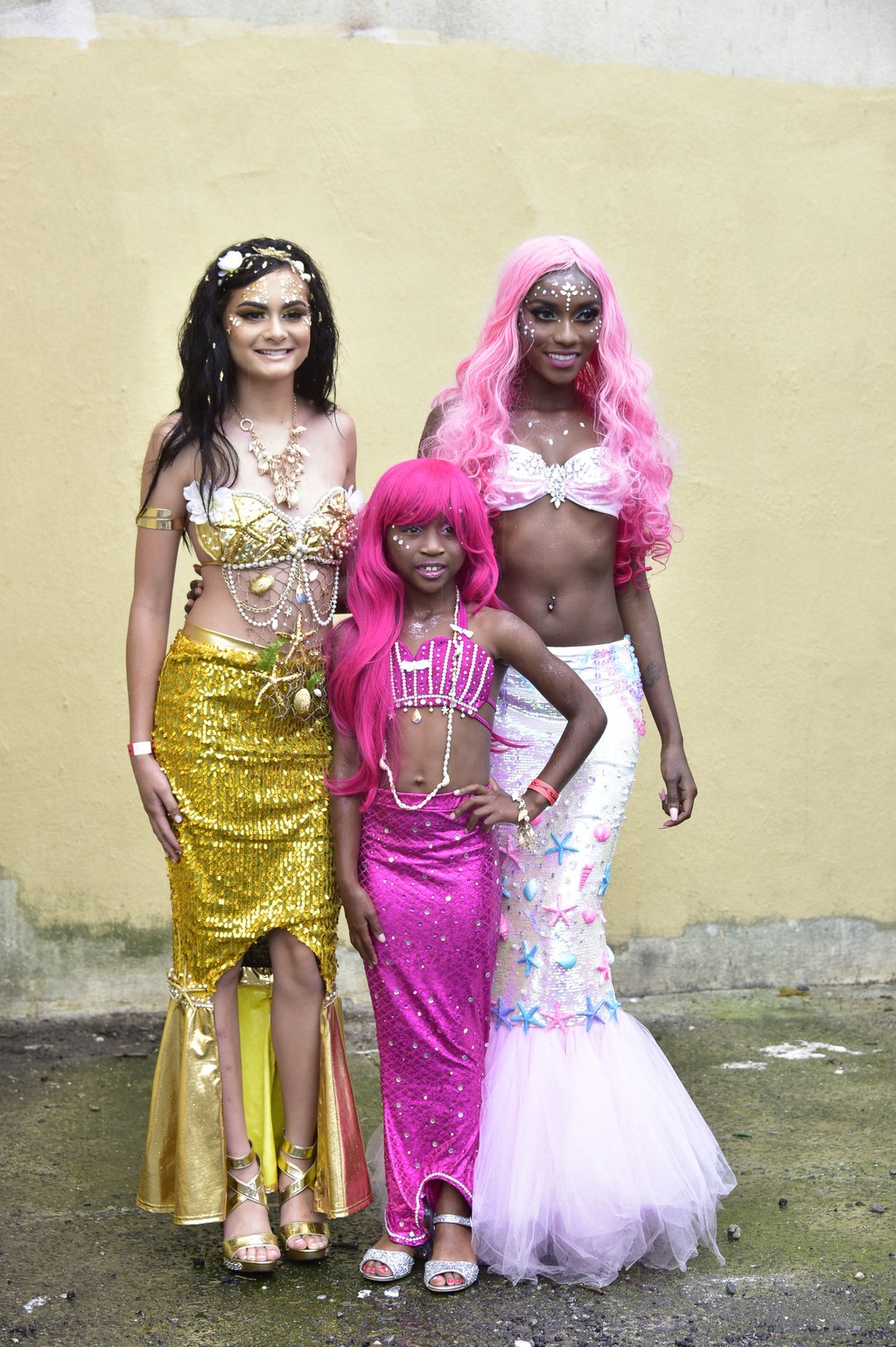 Guess the folks who attend Coney Island’s annual Mermaid Parade get to wear their costume twice this year: Lyst and Pinterest found interest in the mythical sea creature spike on their respective platforms.

Apparently, mermaid leggings are of interest to users on both sites, with 1.4 million saves and 8,000 monthly searches globally on the search term on Pinterest and Lyst, respectively. 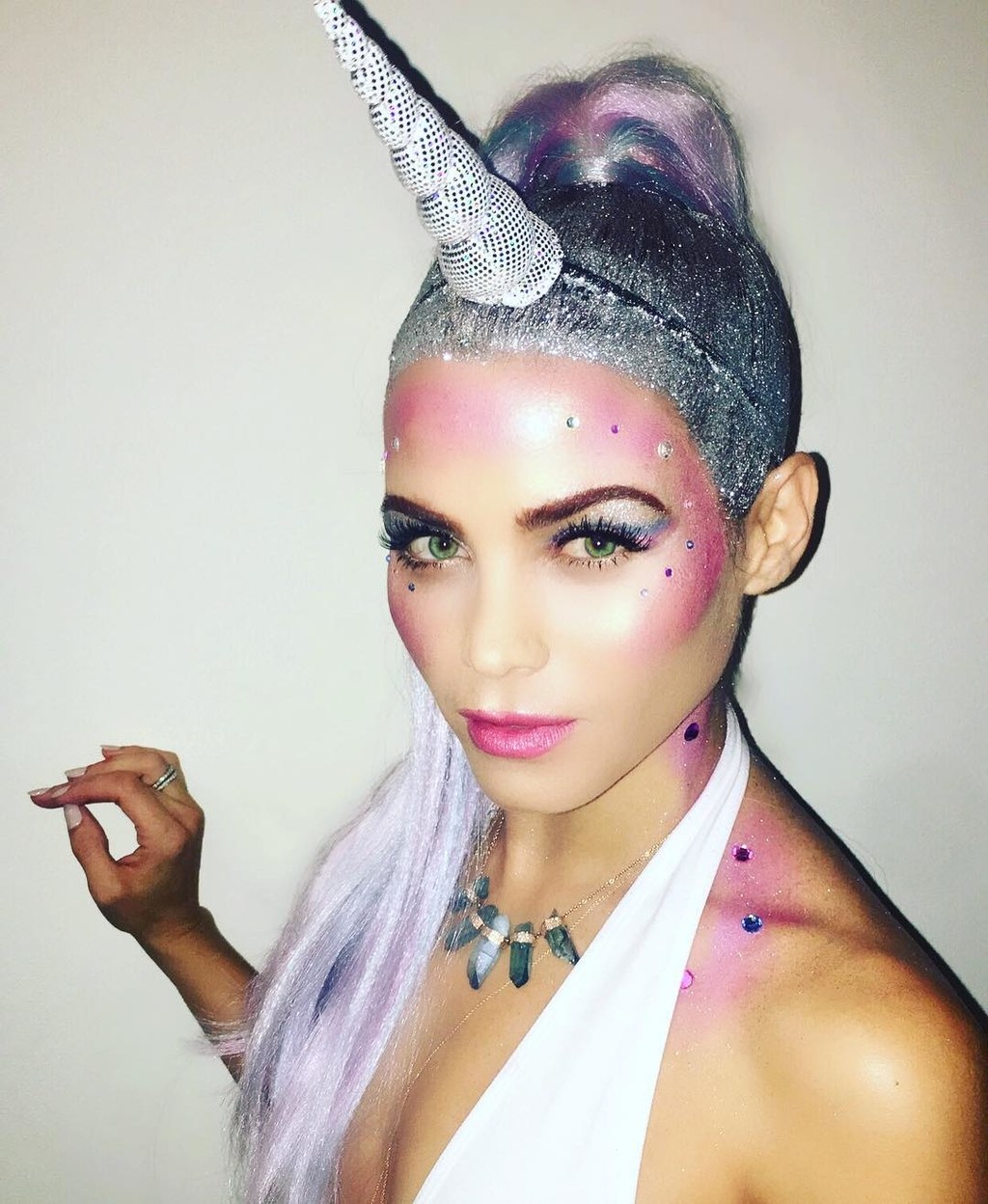 Yes! All of those hours spent perfecting unicorn makeup tutorials weren’t in vain. The trend is still going strong in 2018 and will likely remain that way through Halloween.

According to Lyst, searches with the word unicorn have grown by 130 percent from May until now; on Pinterest, they’ve increased 110 percent year over year. 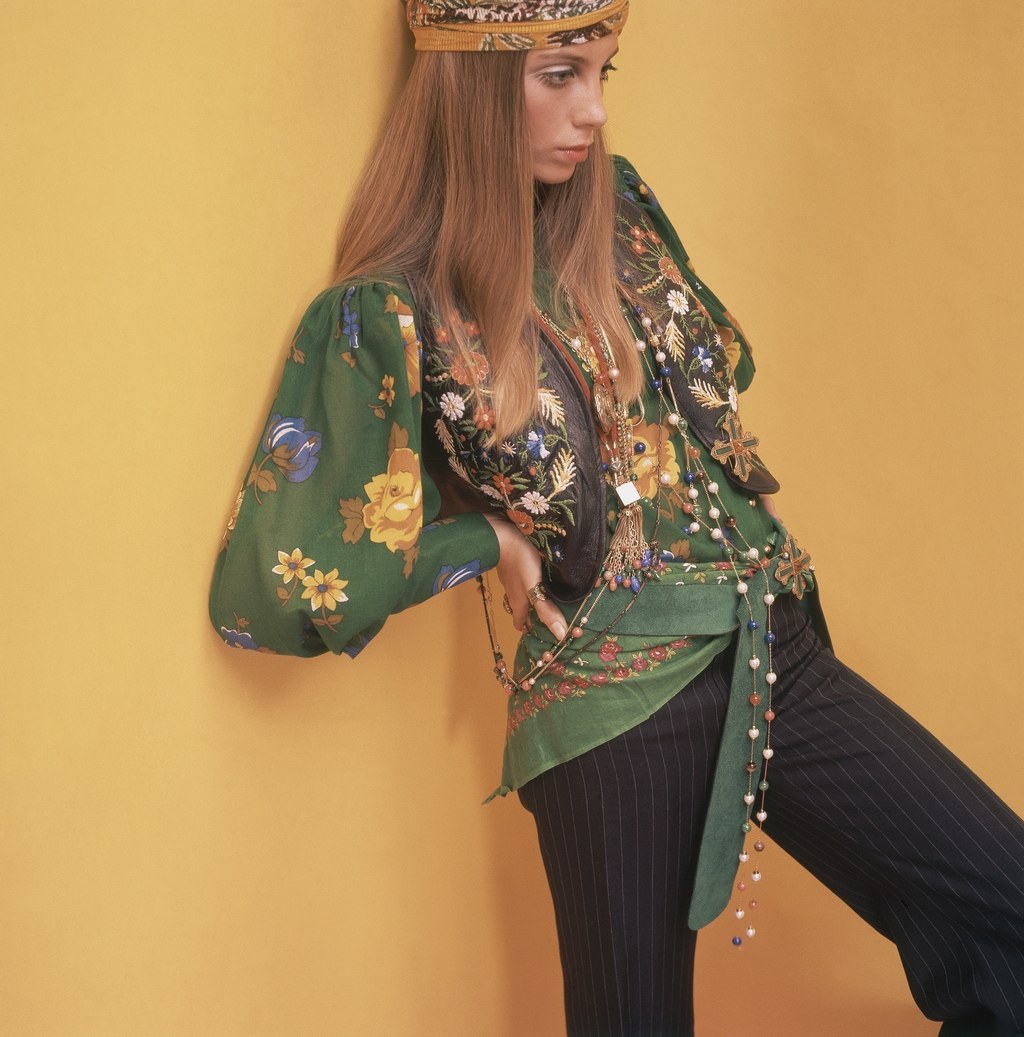 Channeling the fashion of Woodstock has long been in our last-minute costume arsenal, especially with all the sixties and seventies trend revivals on the runway.

Based on how users are seeking out nostalgic silhouettes, like flares and round colored-lens sunglasses, on both Pinterest and Lyst, the platforms predict you’ll be seeing a lot of hippies this Halloween. 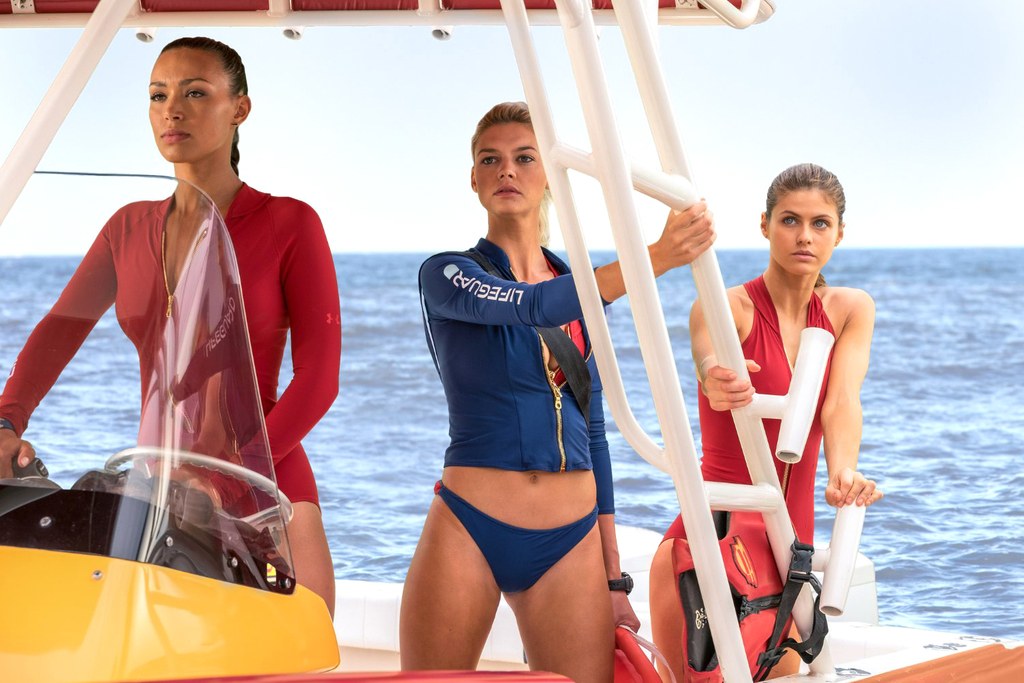 We know red one-piece swimsuits were trending this summer, thanks to the big-screen Baywatch revival. And it seems like interest in these getups hasn’t wained: Saves for Baywatch costumes on Pinterest have increased 147 percent this year, compared with 2016. Guess we’ll be suiting up in October! 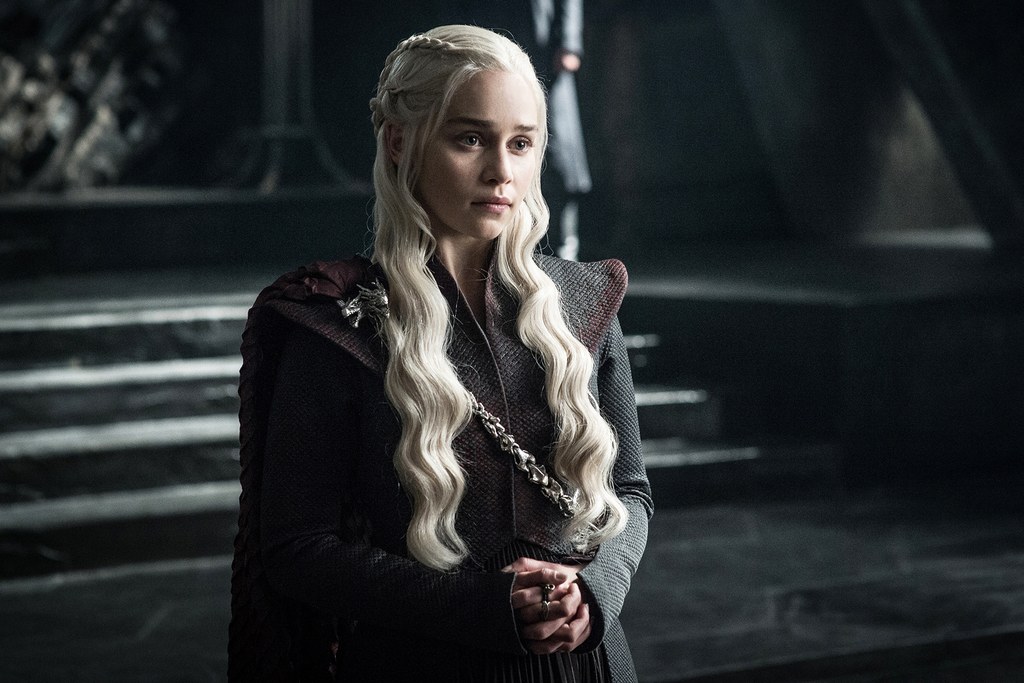 What better way to pass the time waiting for the final season of Game of Thrones than by dreaming up a painstakingly detailed costume worthy of the Seven Kingdoms? No surprise, but Daenerys Targaryen and Jon Snow are the two most popular characters to dress up as, according to Pinterest and Lyst users.

Though we now know that we can cop the Night’s Watch capes from Ikea, saves for shaggy fur are up 280 percent year-over-year on Pinterest, while searches for black and gray fur stoles average 4,000 a day on Lyst; meanwhile, Khaleesi’s regal ensembles this past season inspired shoppers to look into Greek-style and light blue gowns on Lyst more than ever before. 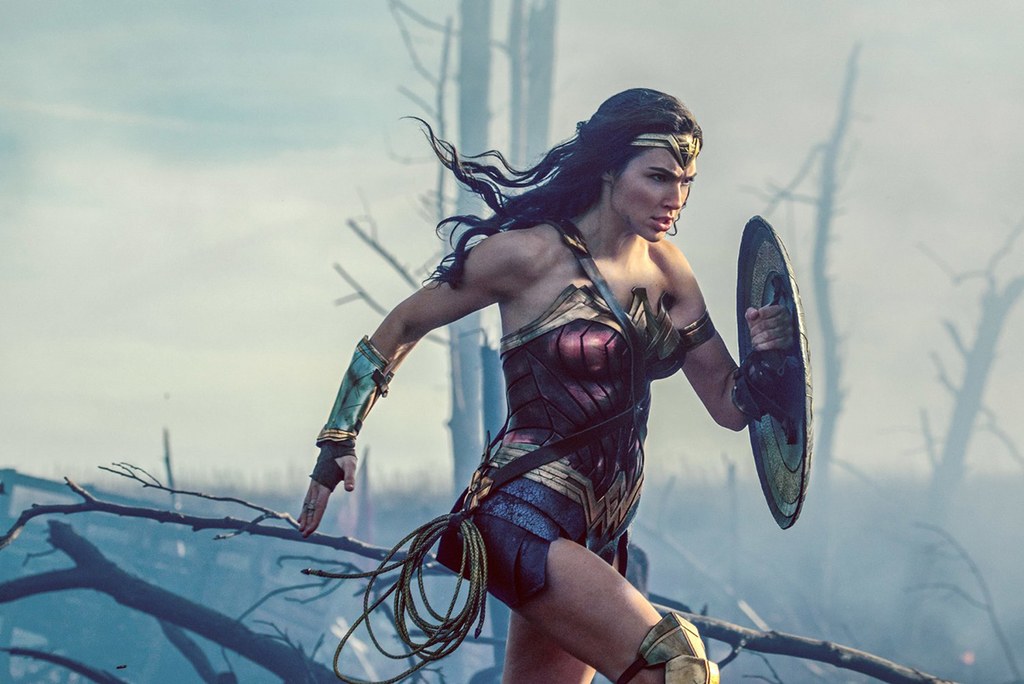 Nothing makes us more excited than the prospect of running into whole squads of Wonder Women out about town on Halloween.

On Pinterest, there are currently more than 230,000 costume ideas related to the superhero saved. Lyst, meanwhile, has seen an uptick in searches for “red corset” , as well as actual sales on chunky gold cuffs since June, when the film premiered. 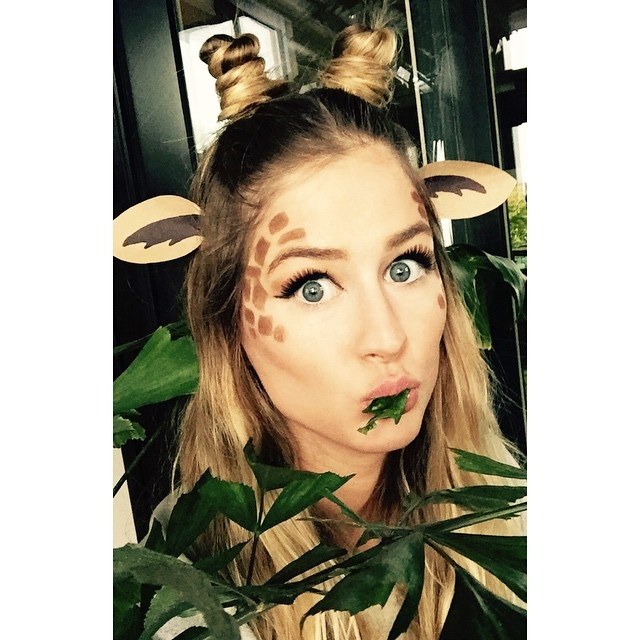 Pinterest and Lyst predict that the giraffe will become the new cat in terms of easy Halloween costumes, based on an astounding increase in saves on makeup and costume inspiration imagery around it—a whopping 1,200 percent compared with last year. Sure!

8. Belle From Beauty And The Beast 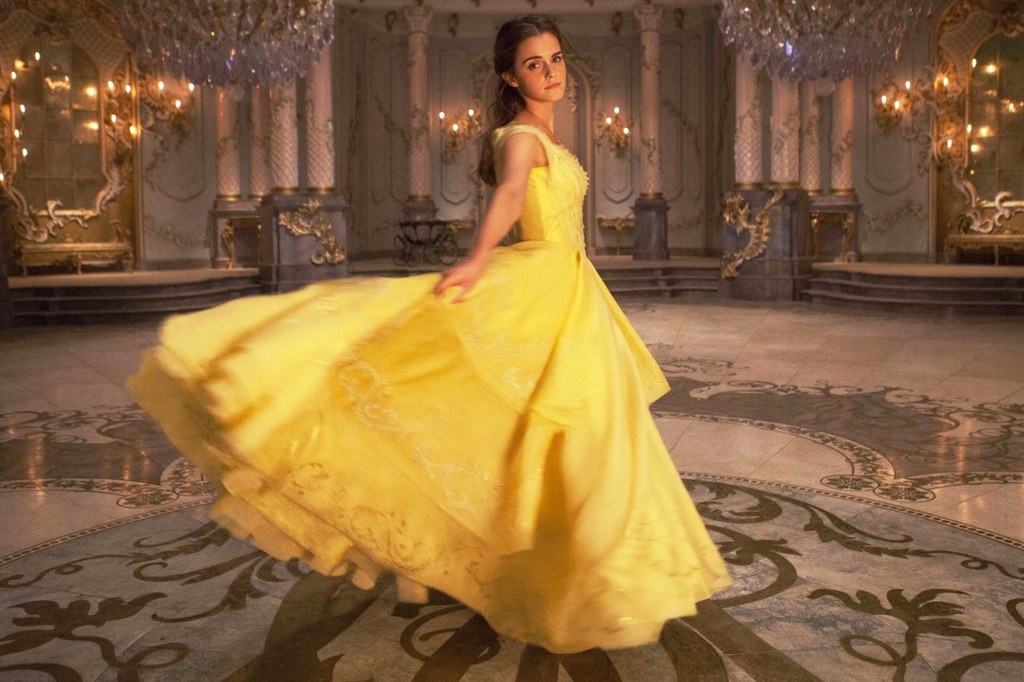 Tale as old as time, costume as old as rhyme or, at the very least, as old as 1991, when the original animated film premiered.

The live-action revival starring Emma Watson, though, has renewed interest in this Disney princess’s wardrobe—apparently, Belle’s gown kept cropping up on Pinterest around prom season, which, to both platforms, is an indication that it’ll resurface once again come Halloween. 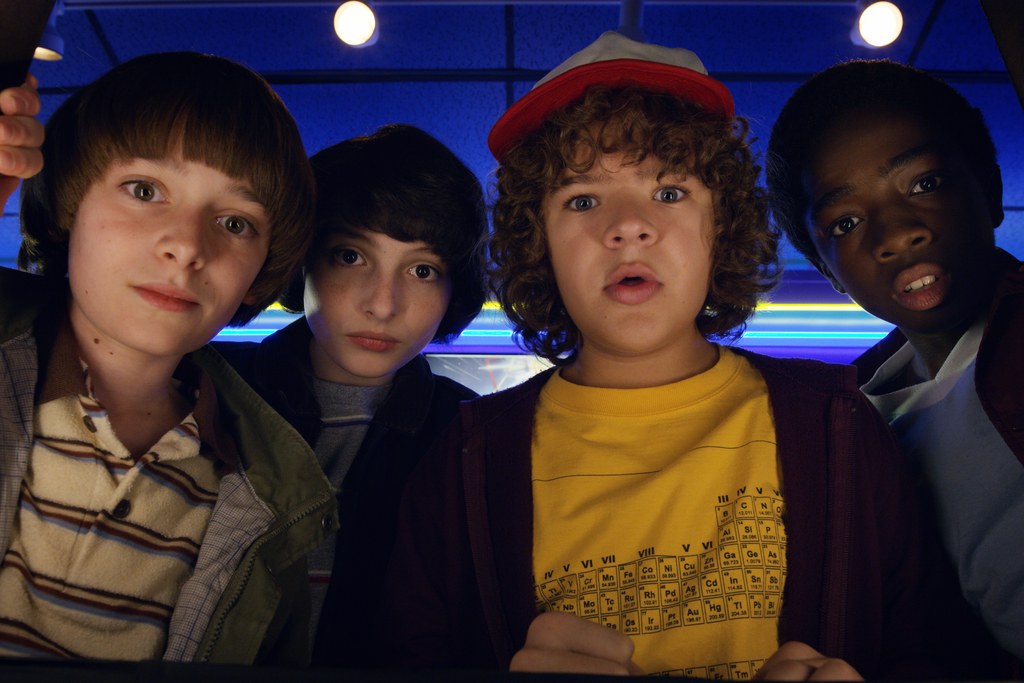 There were plenty of Elevens out and about last year around Halloween time, and it seems that the 2018 season will be no different, considering that the second season of Stranger Things premieres on October 27.

Though, according to searches for trucker hats and eighties graphic T-shirts, Pinterest and Lyst feel like we’ll see more folks dress up as the boys this year, rather than just Eleven.

10. Pennywise The Clown From It 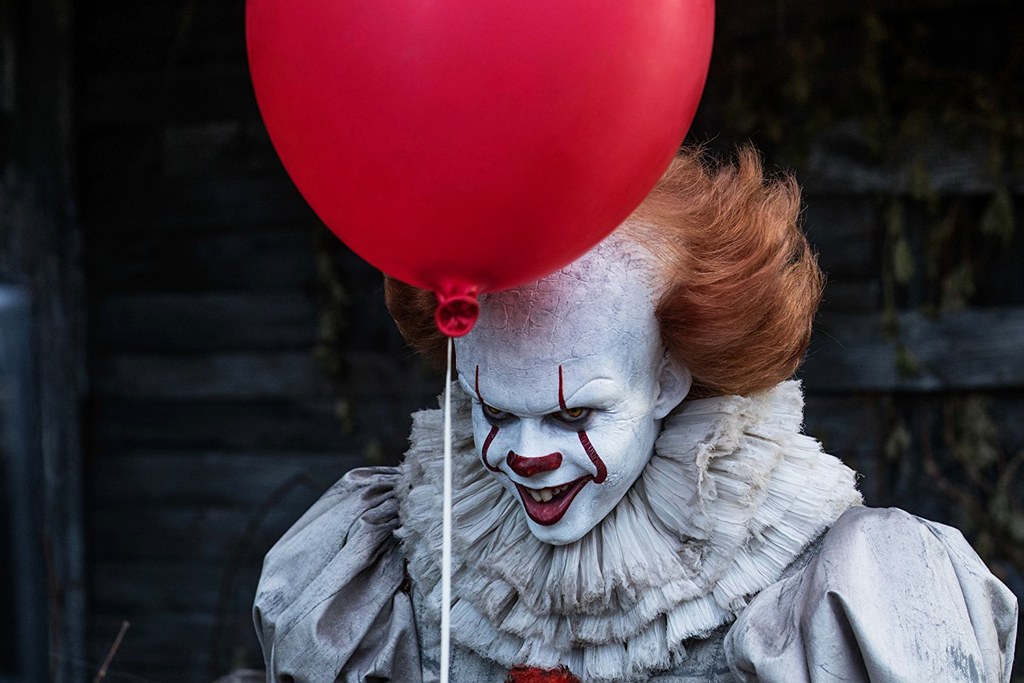 Well, it looks like Halloween 2018 has already taken a terrifying turn, as the number-one costume on Pinterest and Lyst’s joint ranking was none other than Pennywise, the clown from It, based on an increased interest in clown makeup and costume ideas, as well as in lace-up pom-pom sneakers.

Hey, at the very least, maybe it’ll be half of the most unexpectedly delightful couples costume we’ll see this year?