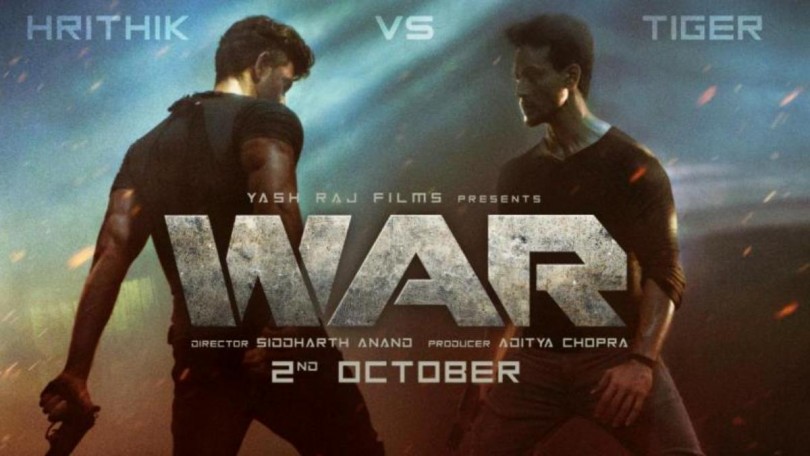 The first official teaser of ‘War’ has been released. Hrithik Roshan and Tiger Shroff starrer film has action sequences from the word go.

The War teaser seems to be high on action which begins with glimpses of a middle-aged Hrithik Roshan, followed by an introduction of his nemesis Tiger Shroff.

The movie directed by directed by Siddharth Anand and produced by Yash Raj Film, has pit two of the best action superstars against each other with lots of action scenes that remind you of Mission Impossible.

The Teaser also shows Vaani Kapoor in a sizzling bikini, preparing to take a dip in the water.

In the teaser, you will see Students of The Year 2 actor trying to get rid of his off-screen idol. Both these actions heroes are seen riding bikes at high speed, jumping off from high altitude. justifying the level of an action spectacle that the film is trying to present.