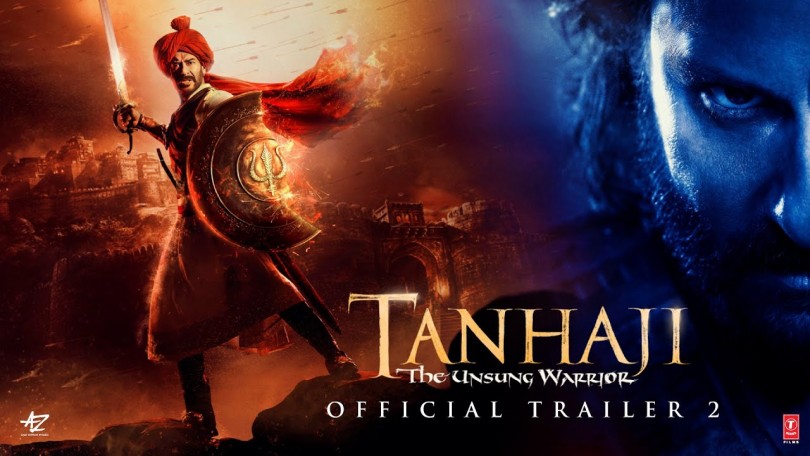 ‘Tanhaji: The Unsung Warrior’ Review: The Ajay Devgn starrer has the 8th highest second week of all times

Ajay Devgn’s most ambitious project ‘Tanhaji: The Unsung Warrior’ has been creating waves at the box-office ever since its release. The historic saga also marks Ajay Devgn’s 100th film in Bollywood, making it even more special for the actor.

After a record-breaking collection on the very first day of its release, there has been no looking back for the Ajay Devgn, Kajol and Saif Ali Khan starrer. According to the latest reports in BoxofficeIndia, the Om Raut directorial grossed Rs 6.75 crore at the box-office on its second Thursday.

The total collection of the film in its second week has been Rs 77 crore, making it the 8th highest second week of all times and the highest in the last two years outside Ranbir Kapoor’s ‘Sanju’ and Shahid Kapoor’s ‘Kabir Singh’. The period drama released on January 10, 2020. It released with filmmaker Meghna Gulzar’s ‘Chhapaak’ starring Deepika Padukone.

Om Raut’s period action drama, Tanhaji: The Unseen Warrior explores the dynamics between these two characters in an engaging way. Recreating pages from history on the big screen is no easy feat but director Om Raut pulls off this job with a certain ease.

He has a firm grip over the emotions and actions in the narrative and makes sure that you enjoy every moment in the film.

Ajay Devgn’s latest period drama film Tanhaji: The Unsung Warrior has emerged as a juggernaut in Mumbai city as the film’s 50 percent of the net domestic box office collection has come from this city. Film Tanhaji has accumulated approximately Rs 88 crore alone in the financial capital of India in just 13 days.

With this, the film has reportedly become eighth-highest Hindi film grosser in the city, according to Box Office India. The film is soon going to become the first Bollywood movie of the year 2020 to touch Rs 200 crore milestone. And, worldwide, the film has grossed Rs 242.34 crore.

Produced by Ajay’s ADF and Bhushan Kumar’s T-Series, film Tanhaji revolves around the life of Tanaji Malusare, the military leader of Maratha king Chhatrapati Shivaji Maharaj’s army. Tanhaji played an instrumental role in taking back the strategic hill fortress of Kondhana from the Mughal empire.