We, human being, need action, drama, comedy  and thrill from adrenaline. What’s wrong that after a long day at the office, if we want to watch tending movies on Amazon action filled movies just from the comfort of our living rooms.

Here is a list of most popular action movies of the year which you must watch.

Since the dawn of civilization, he was worshipped as a God. Apocalypse, the first and most powerful mutant from Marvel’s X-Men universe, amassed the powers of many other mutants, becoming immortal and invincible. Click here 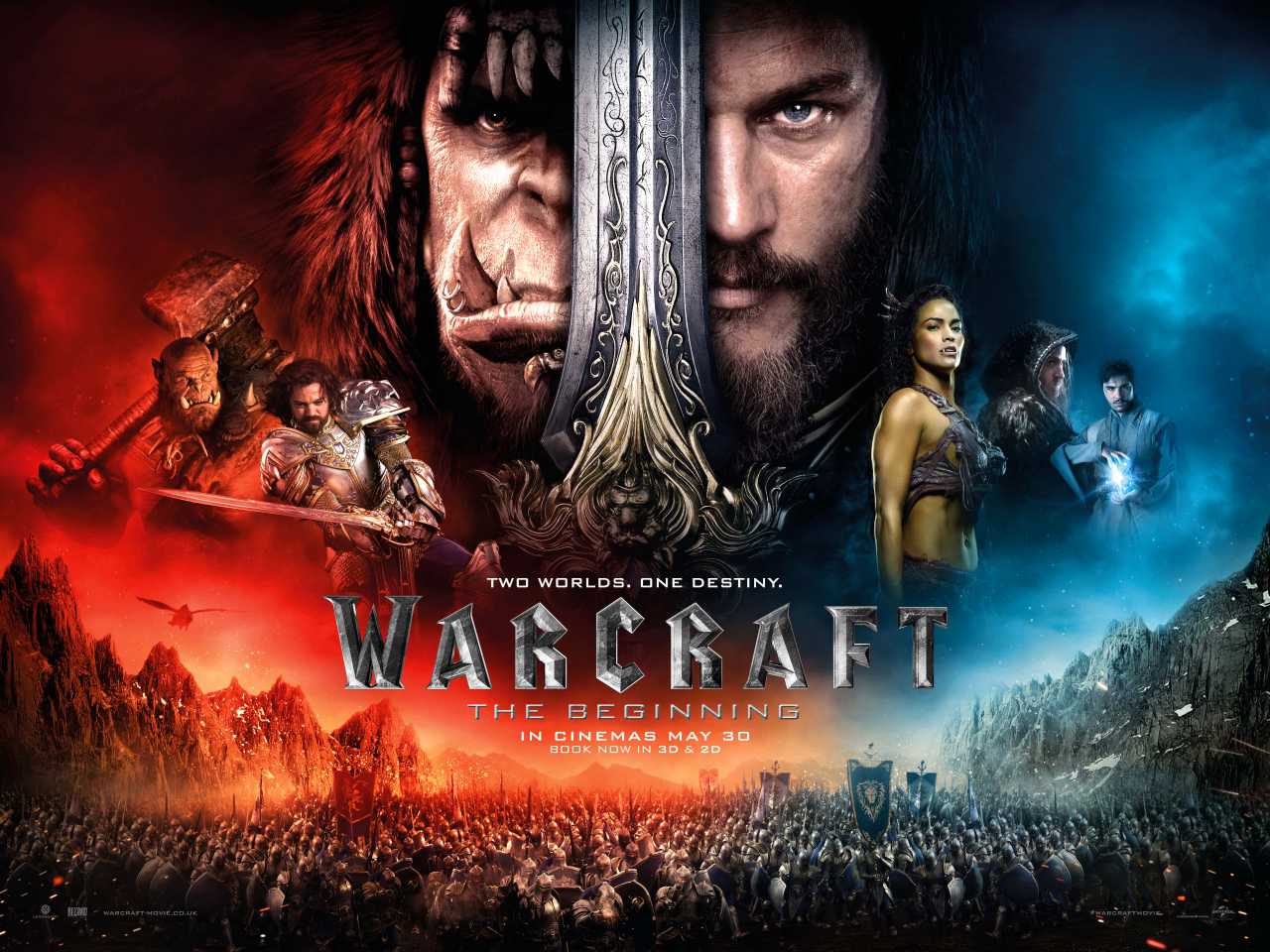 When the world of the Orcs Draenor is being destroyed by the evil fel magic that uses life-force, the powerful warlock Gul’dan creates a portal to the world of Azeroth and forms the Horde with members of the Orc clans. He also captures many prisoners to keep the portal. Check out here. 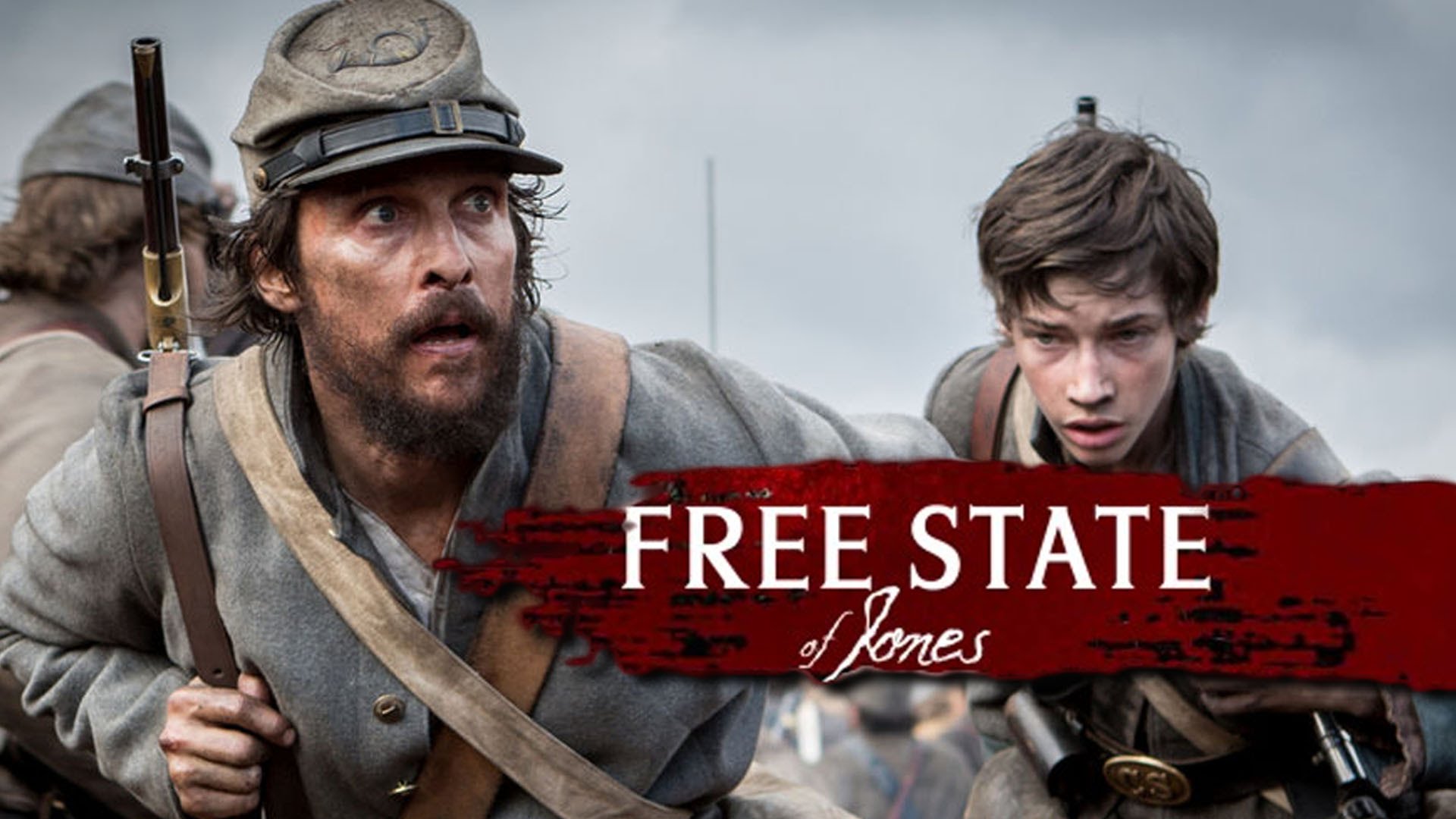 The general public is concerned over having Superman on their planet and letting the “Dark Knight” – Batman – pursue the streets of Gotham. While this is happening, a power-phobic Batman tries to attack Superman.,Meanwhile Superman tries to settle on a decision, and Lex Luthor, the criminal mastermind and millionaire, tries to use his own advantages to fight the “Man of Steel”. Click here.

This is the tale of Harry Potter, an ordinary 11-year-old boy serving as a sort of slave for his aunt and uncle who learns that he is actually a wizard and has been invited to attend the Hogwarts School for Witchcraft and Wizardry. Check out here. 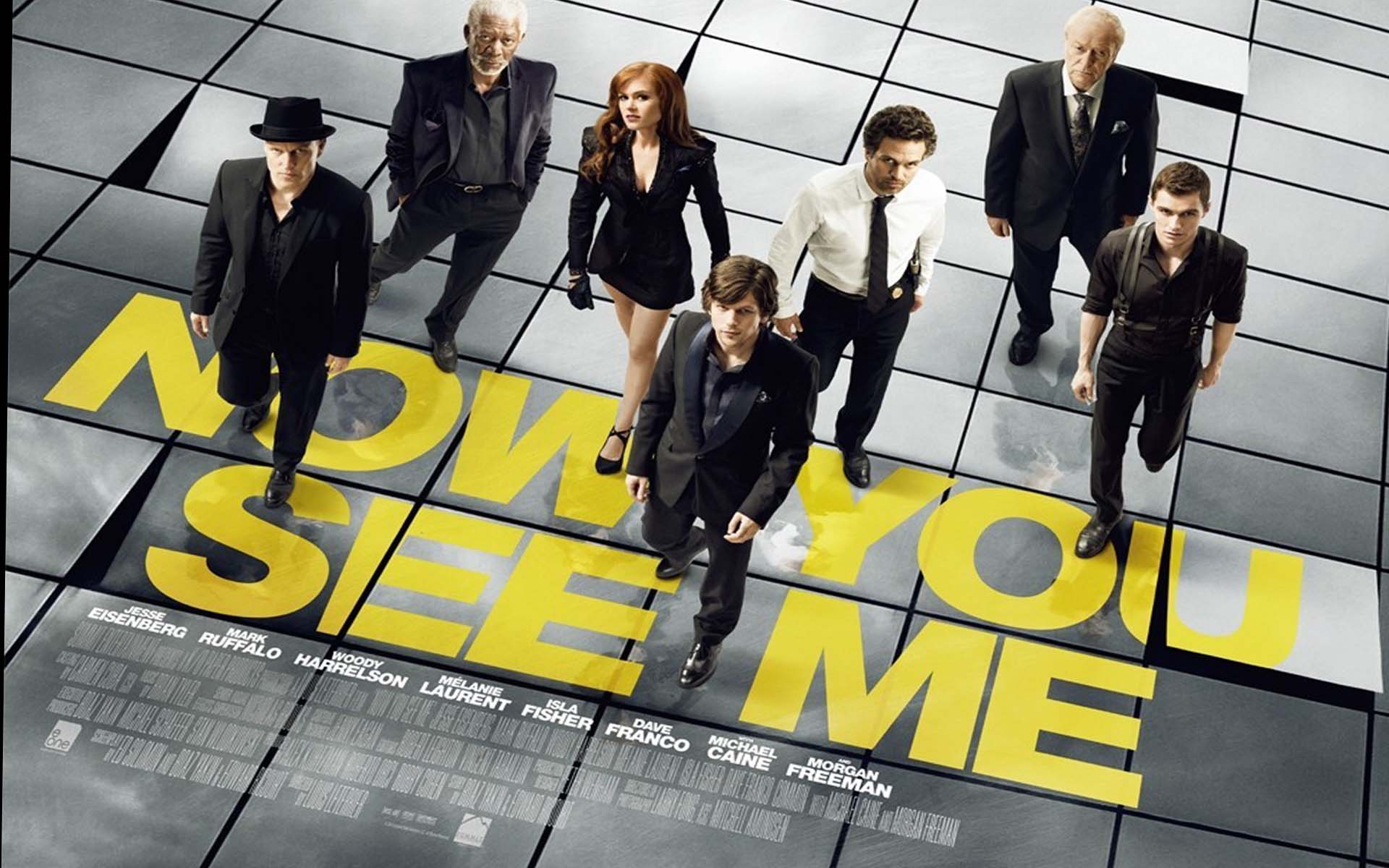 Four magicians each answer a mysterious summons to an obscure address with secrets inside. A year later, they are the Four Horsemen, big time stage illusionists who climax their sold out Las Vegas show with a bank apparently robbed for real. This puts agents Dylan Rhodes of the FBI and Alma Dray of Interpol on the case to find out how they did it. Visit here. 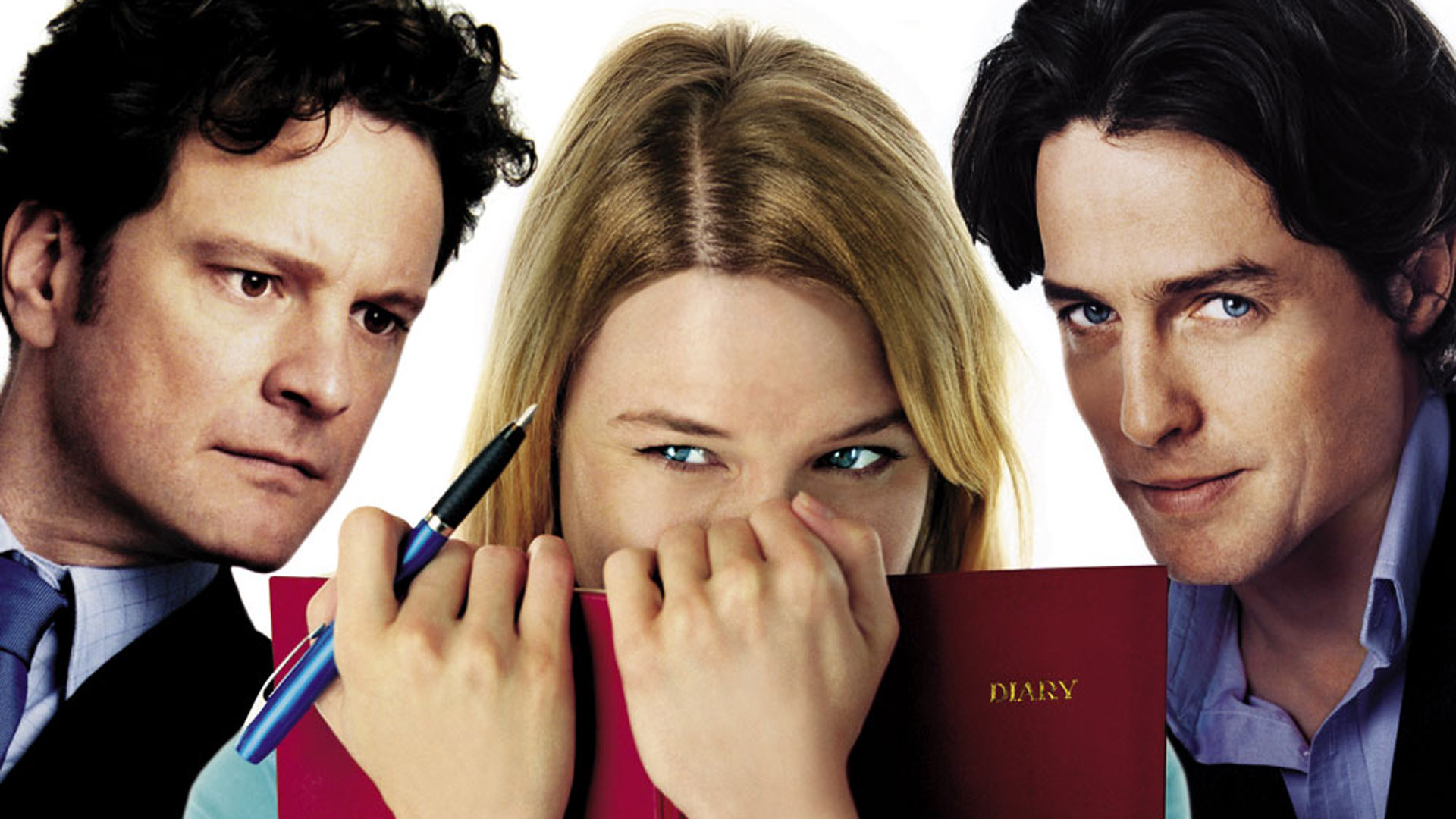 Bridget Jones is an average woman struggling against her age, her weight, her job, her lack of a man, and her many imperfections. As a New Year’s Resolution, Bridget decides to take control of her life, starting by keeping a diary in which she will always tell the complete truth. Click here. 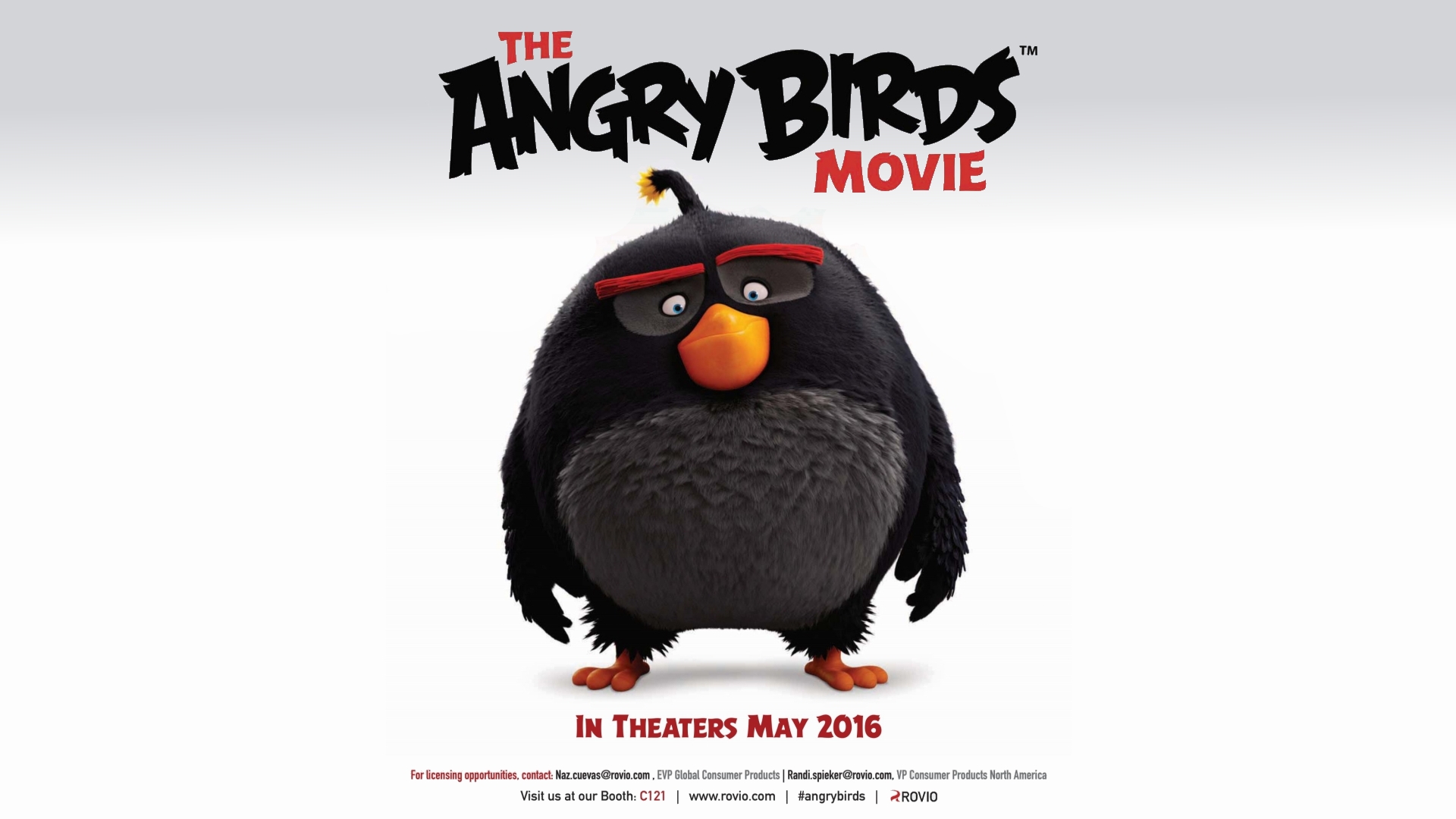 In the 3D animated comedy, The Angry Birds Movie, we’ll finally find out why the birds are so angry. The movie takes us to an island populated entirely by happy, flightless birds – or almost entirely. In this paradise, Red (Jason Sudeikis, We’re the Millers, Horrible Bosses), a bird with a temper problem, speedy Chuck (Josh Gad in his first animated role since Frozen), and the volatile Bomb (Danny McBride, This is the End, Eastbound and Down) have always been outsiders. Check out here. 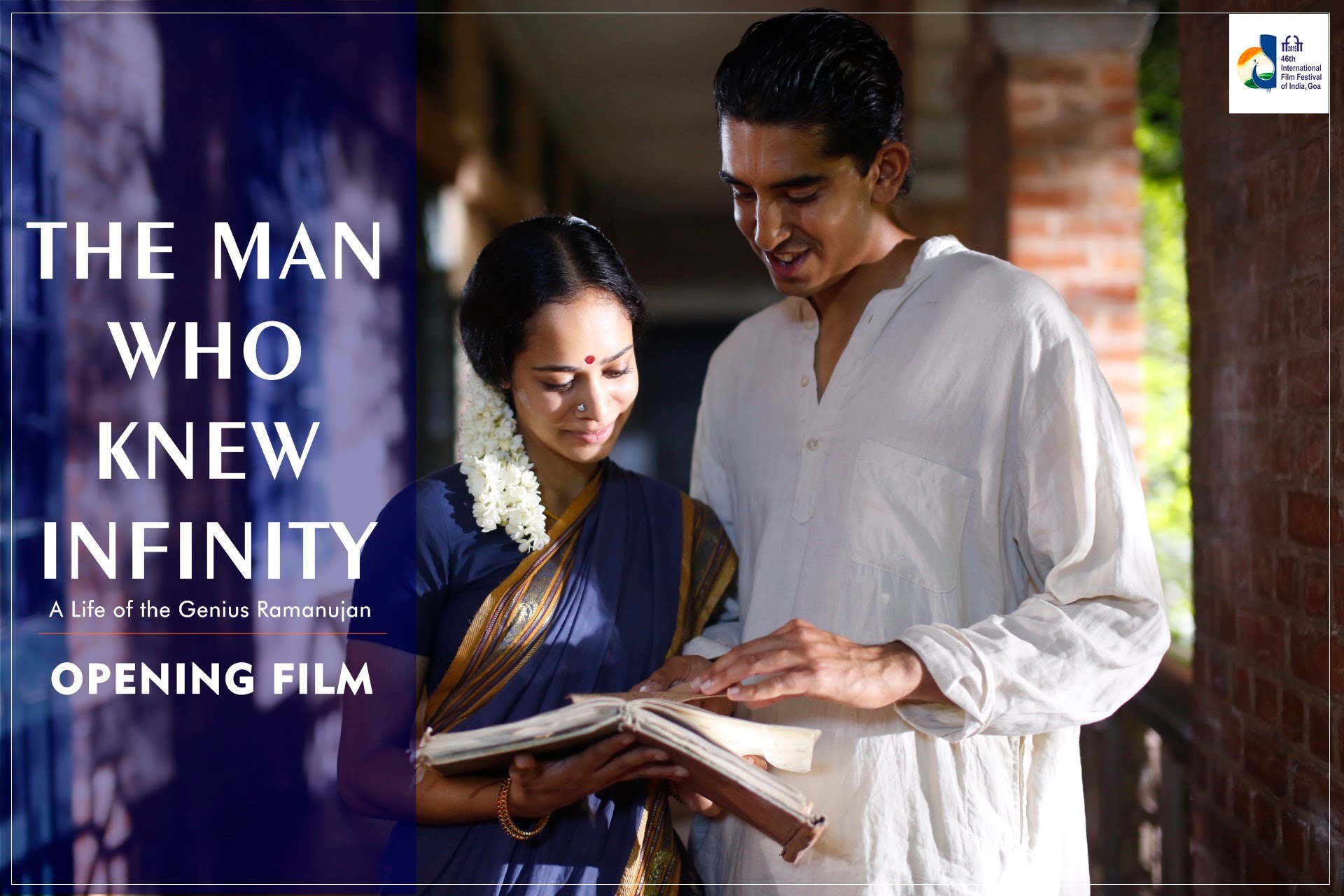 In the 1910s, Srinivasa Ramanujan is a man of boundless intelligence that even the abject poverty of his home in Madras, India cannot crush. Eventually, his stellar intelligence in mathematics and his boundless confidence in both attract the attention of the noted British mathematics professor, G.H. Hardy, who invites him to further develop his computations at Trinity College at Cambridge. Visit here.

When his new album fails to sell records, pop/rap superstar conner4real goes into a major tailspin and watches his celebrity high life begin to collapse. He’ll try anything to bounce back, anything except reuniting with his old rap group The Style Boyz. Check out. 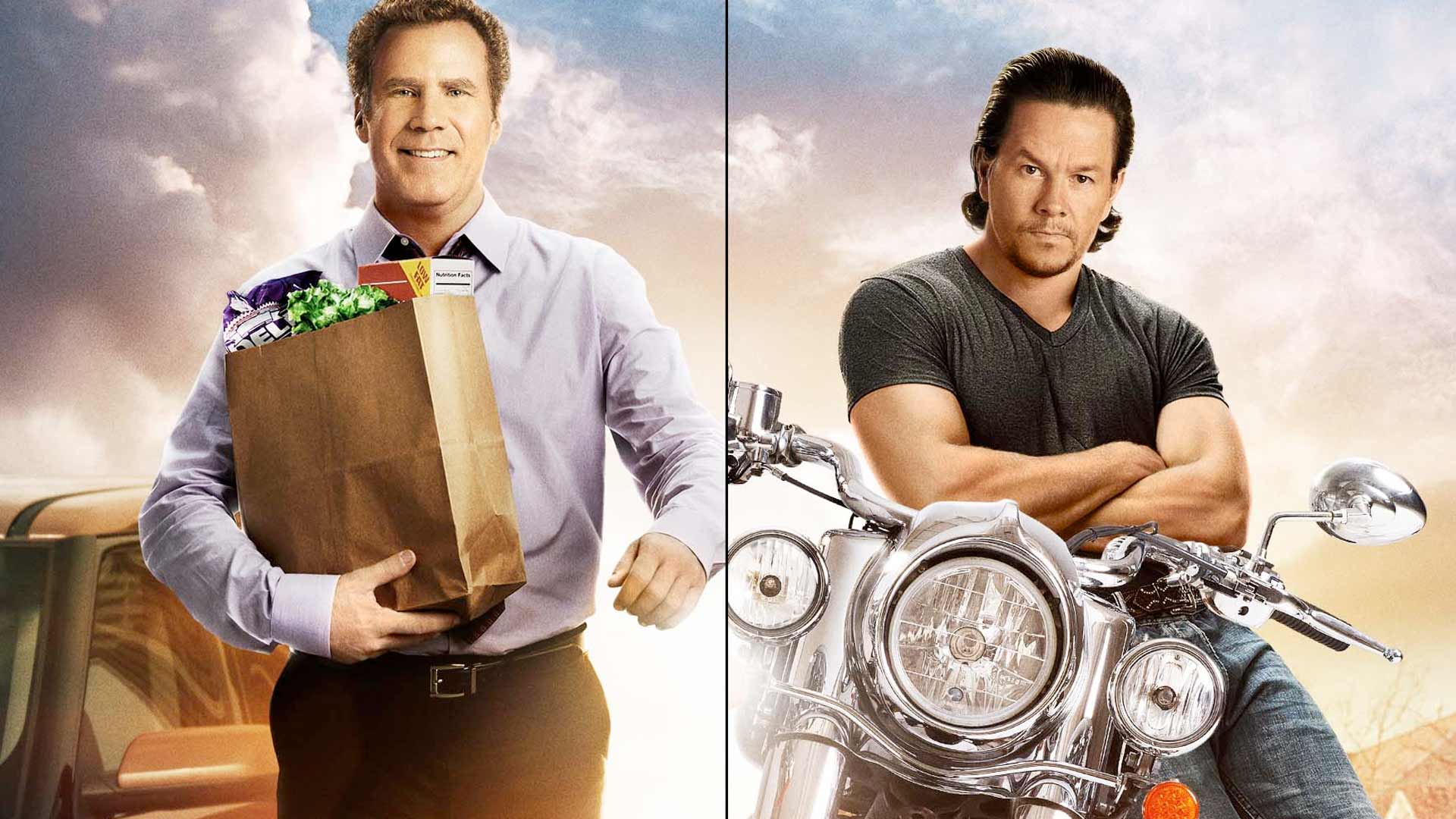 Stepfather, Brad Whitaker is hoping for his stepchildren to love him and treat him like a dad. All is going well until the biological father, Dusty Mayron shows up, then everything takes a toll. His stepchildren start putting him second and their father first, and now Dusty will have to learn what being a good dad is about and pains and struggles. Brad will also experience once again what it’s like to be a stepdad. Click here. Based on the novel written by Stephen Chbosky, this is about 15-year-old Charlie (Logan Lerman), an endearing and naive outsider, coping with first love (Emma Watson), the suicide of his best friend, and his own mental illness while struggling to find a group of people with whom he belongs. Check out here. 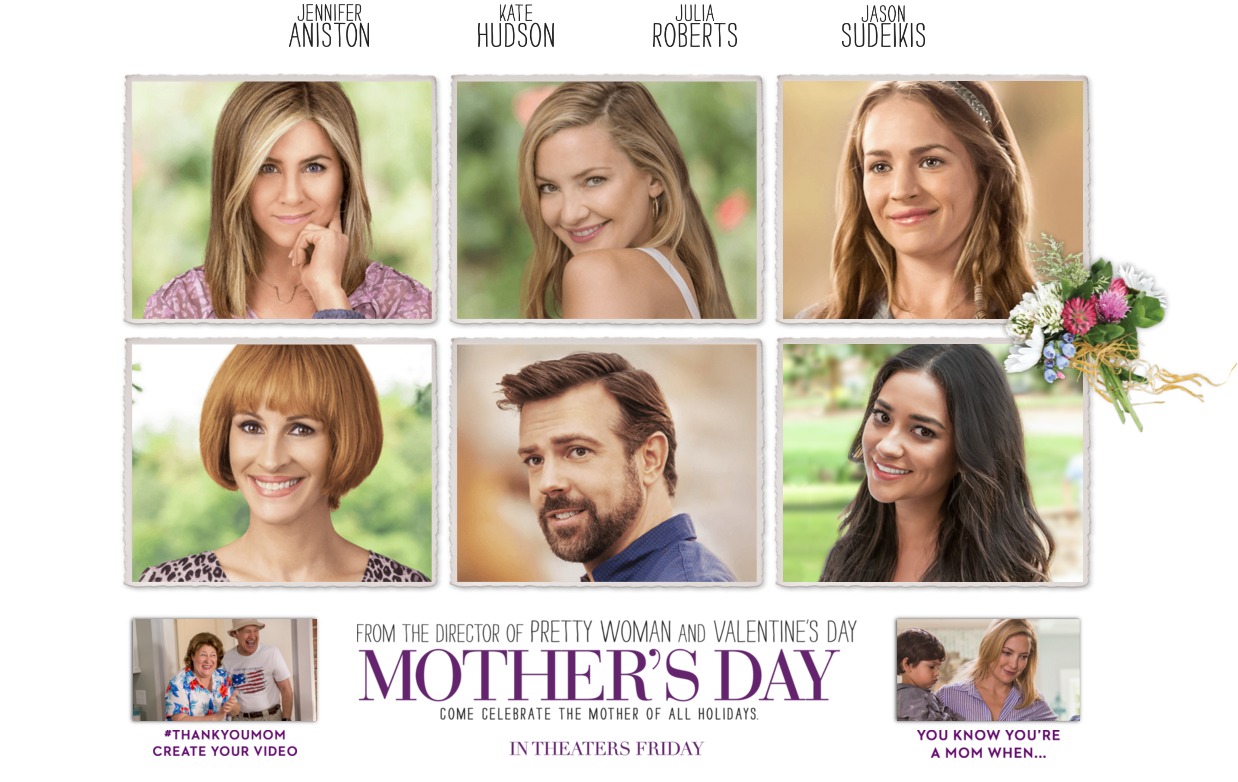 Follows the lives of different mothers on Mothers Day. Sandy (Aniston) is happily divorced, until she finds out her ex-husband eloped with a much younger woman. Now she must learn to deal with big changes in her life as her two boys now have a step-mom. Sisters Jesse (Hudson) and Gabi (Chalke) get an unexpected surprise from their mother, who is not happy to find out Gabi is a lesbian and Jesse is married to a man of color. Visit here. 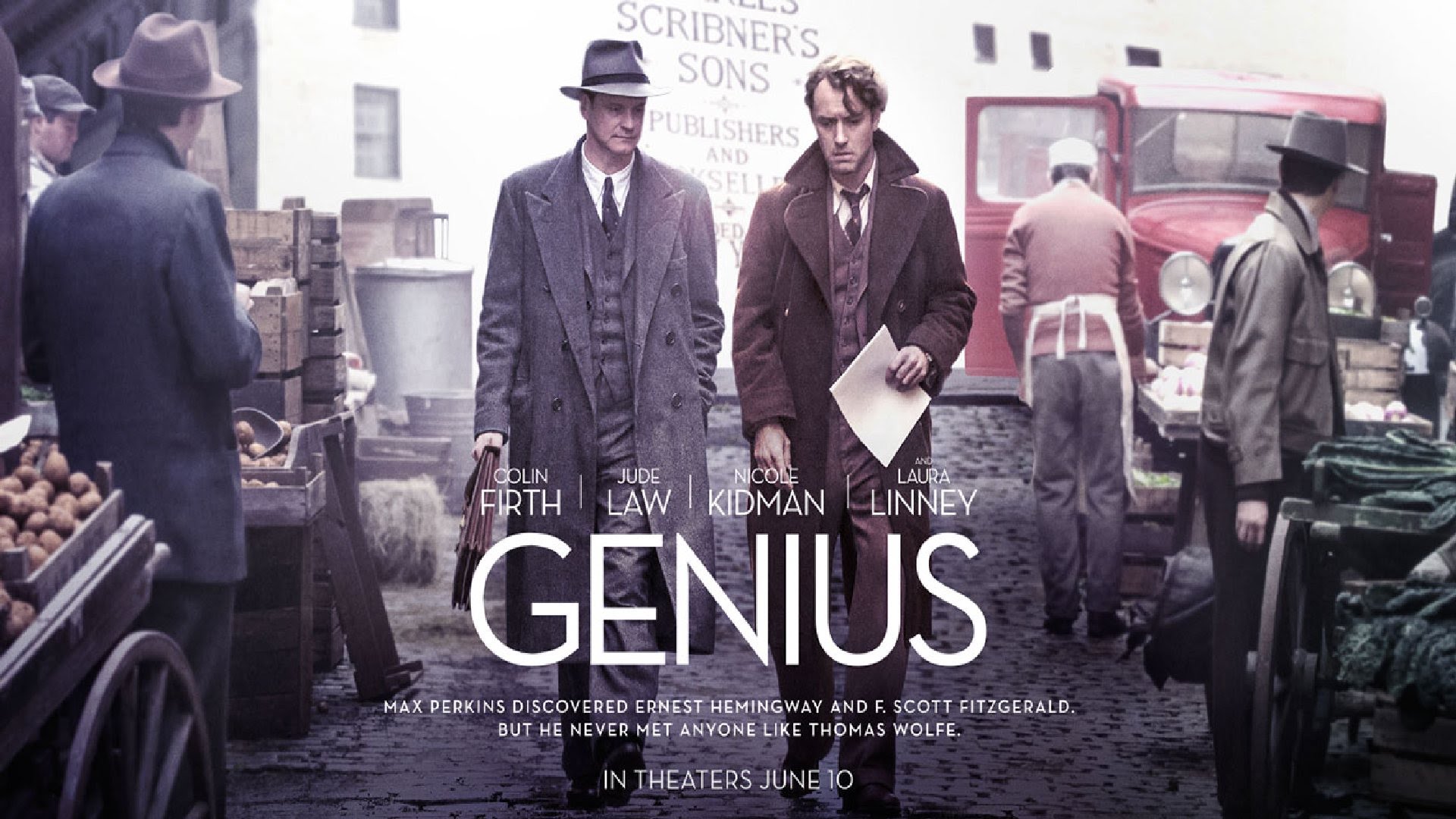 When, one day of 1929, writer Thomas Wolfe, decided to keep the appointment made by Max Perkins, editor at Scribner’s, he had no illusions: his manuscript would be turned down as had invariably been the case. But, to his happy amazement, his novel, which was to become “Look Homeward, Angel”, was accepted for publication. Check out.

Forced to spend his summer holidays with his muggle relations, Harry Potter gets a real shock when he gets a surprise visitor: Dobby the house-elf, who warns Harry Potter against returning to Hogwarts, for terrible things are going to happen. Harry decides to ignore Dobby’s warning and continues with his pre-arranged schedule. Click here. 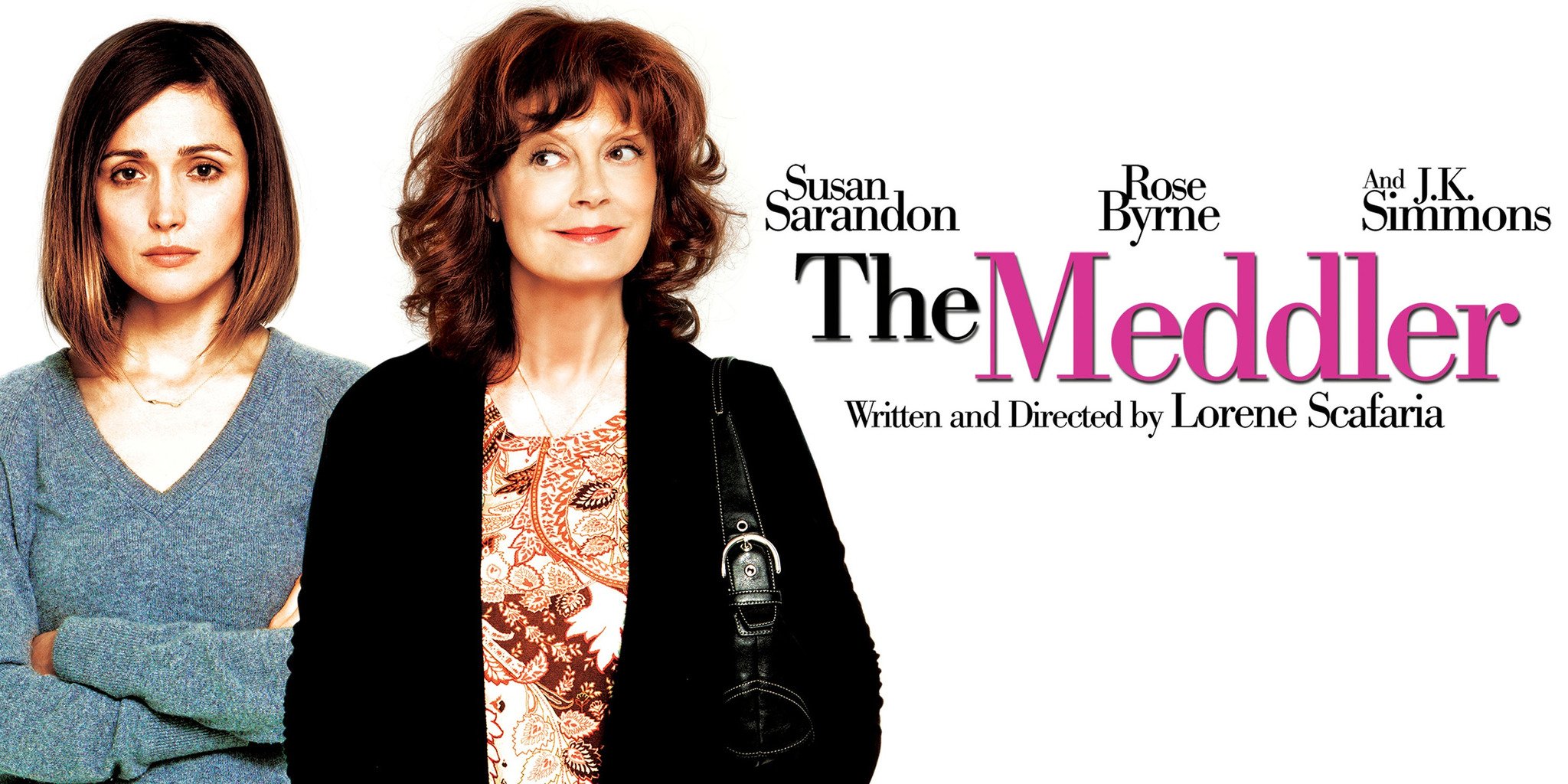 An aging widow from New York City follows her daughter to Los Angeles in hopes of starting a new life after her husband passes away. Check out here. When a high school teacher is asked a question in class about Jesus, her response lands her in deep trouble. Visit here. 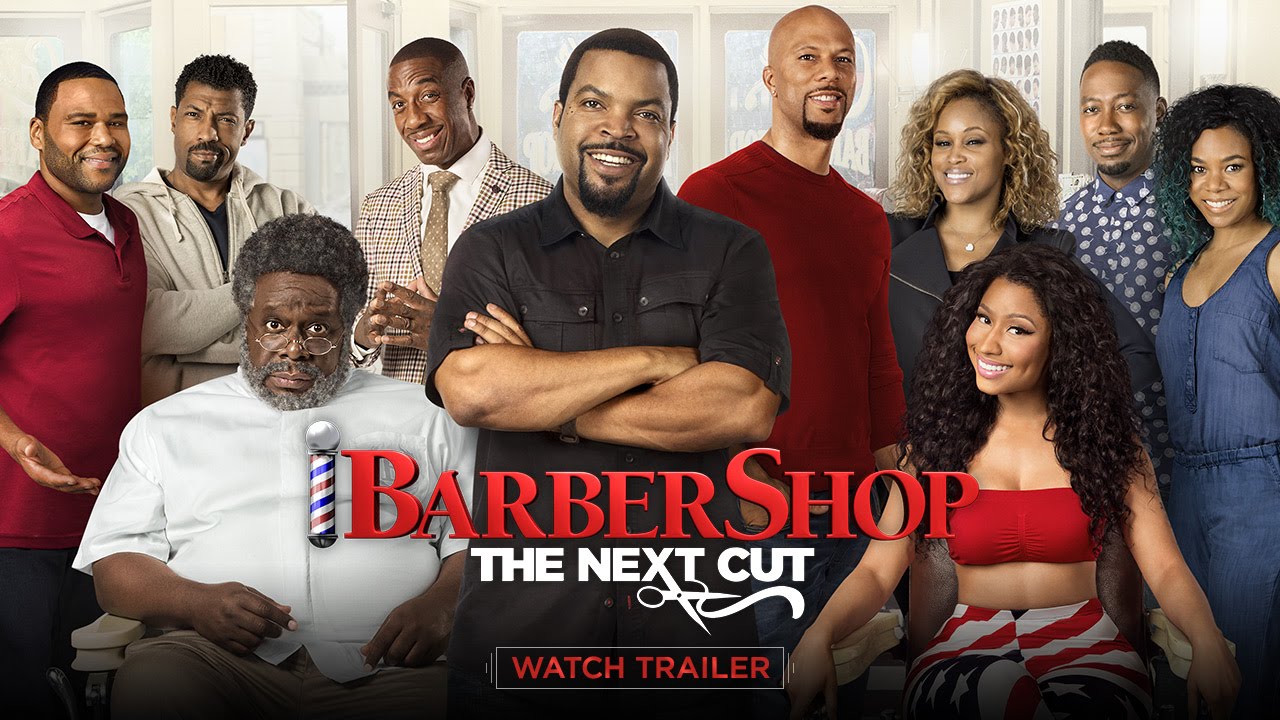 It’s been more than 10 years since our last appointment at Calvin’s Barbershop. Calvin and his longtime crew are still there, but the shop has undergone some major changes. Most noticeably, our once male-dominated sanctuary is now co-ed. The ladies bring their own flavor, drama and gossip to the shop challenging the fellas at every turn. Check out. Walt Kowalski is a widower who holds onto his prejudices despite the changes in his Michigan neighbourhood and the world around him. Kowalski is a grumpy, tough-minded, unhappy old man who can’t get along with either his kids or his neighbors. He is a Korean War veteran whose prize possession is a 1972 Gran Torino he keeps in mint condition. Click here.

Based on the fact that mountain pass Åkneset, located in the Geiranger fjord in Norway, one day will fall out and create a violent tsunami of over 80 meters that will crush everything in its path before it hits land in Greenland. A geologist gets caught in the middle of it and a race against time begins. Check out here.