Home » 9 Upcoming Horror Movies In 2021 To Look Forward To 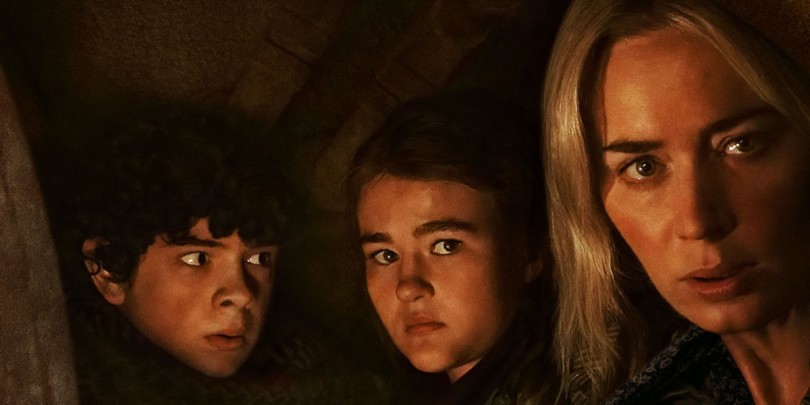 From several high-impact sequels to original ones, the lineup of horror films for 2021 is impressive.

In an isolated Oregon town, a middle-school teacher and her sheriff brother become embroiled with her enigmatic student, whose dark secrets lead to terrifying encounters with a legendary ancestral creature who came before them.

A sadistic mastermind unleashes a twisted form of justice in Spiral, the terrifying new chapter from the book of Saw.

Working in the shadow of an esteemed police veteran (Samuel L. Jackson), brash Detective Ezekiel “Zeke” Banks (Chris Rock) and his rookie partner (Max Minghella) take charge of a grisly investigation into murders that are eerily reminiscent of the city’s gruesome past.

Unwittingly entrapped in a deepening mystery, Zeke finds himself at the center of the killer’s morbid game.

3. The Conjuring: The Devil Made Me Do It

A chilling story of terror, murder and unknown evil that shocked even experienced real-life paranormal investigators Ed and Lorraine Warren.

One of the most sensational cases from their files, it starts with a fight for the soul of a young boy, then takes them beyond anything they’d ever seen before, to mark the first time in U.S. history that a murder suspect would claim demonic possession as a defense.

The next entry in the revived Halloween franchise, following Laurie Strode and her family as they’re once again forced to confront the psychotic and murderous serial killer Michael Myers.

In present day, a decade after the last of the Cabrini towers were torn down, Anthony and his partner move into a loft in the now gentrified Cabrini.

A chance encounter with an old-timer exposes Anthony to the true story behind Candyman. Anxious to use these macabre details in his studio as fresh grist for paintings, he unknowingly opens a door to a complex past that unravels his own sanity and unleashes a terrifying wave of violence.

The Abbott family must now face the terrors of the outside world as they fight for survival in silence. Forced to venture into the unknown, they realize that the creatures that hunt by sound are not the only threats that lurk beyond the sand path.

Dangerously ill with a rare blood disorder, and determined to save others suffering his same fate, Dr. Morbius attempts a desperate gamble.

What at first appears to be a radical success soon reveals itself to be a remedy potentially worse than the disease.

After a young, middle class couple moves into a suburban ‘starter’ tract house, they become increasingly disturbed by a presence that may or may not be somehow demonic but is certainly most active in the middle of the night. Especially when they sleep.

Successful author Veronica Henley (Janelle Monáe) finds herself trapped in a horrifying reality that forces her to confront the past, present and future – before it’s too late.