Home » Life Quotes » 25 Shadow Hunters Quotes About Love That Will Change Your Life! 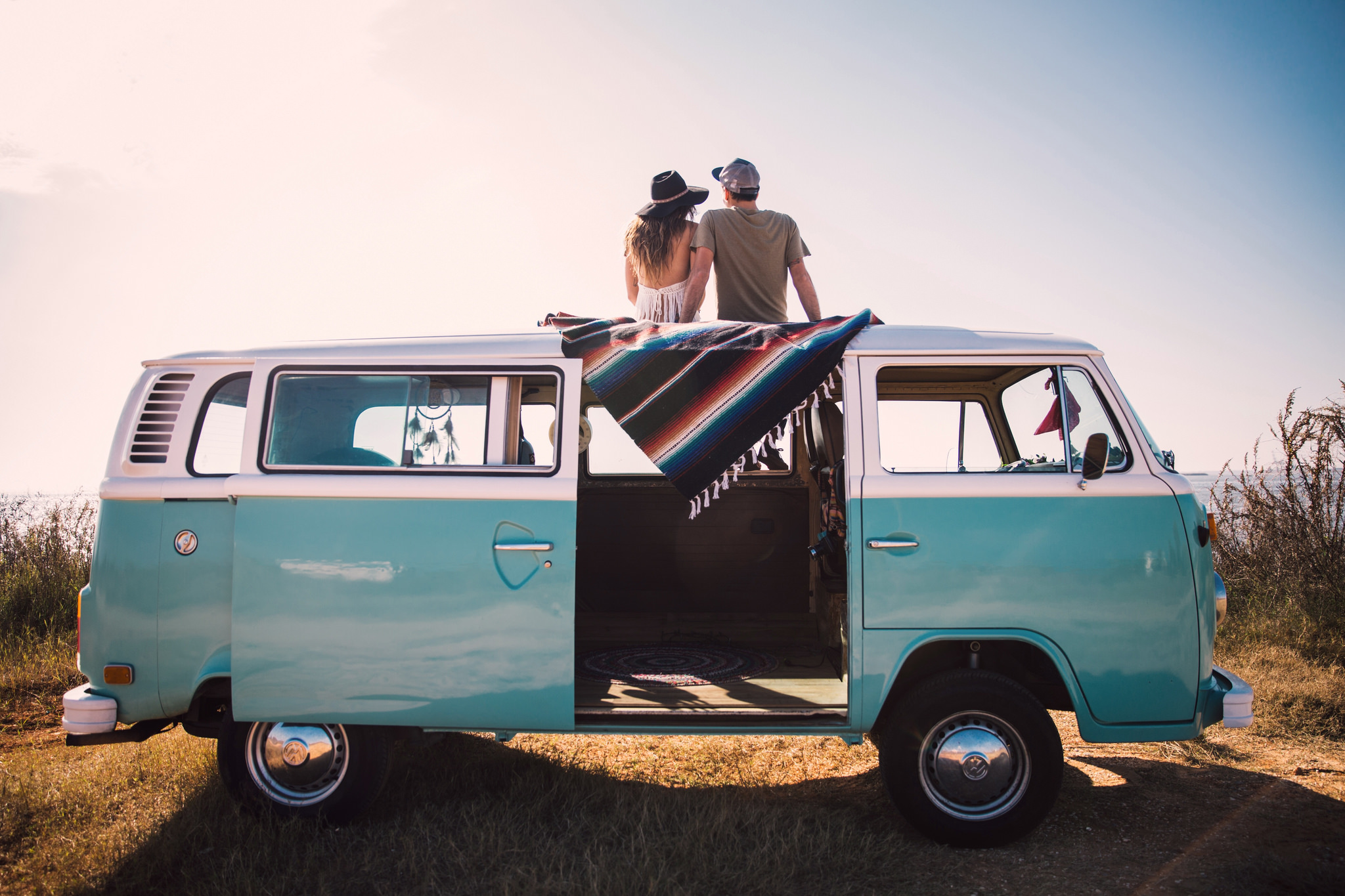 1. I don’t want to be a man,” said Jace. “I want to be an angst-ridden teenager who can’t confront his own inner demons and takes it out verbally on other people instead.”
“Well,” said Luke, “you’re doing a fantastic job.-Cassandra Clare

2. We came to see Jace. Is he alright?” “I don’t know,” Magnus said. “Does he normally just lie on the floor like that without moving? -Cassandra Clare

3. Don’t touch any of my weapons without my permission.” “Well, there goes my plan for selling them all on eBay,” Clary muttered. “Selling them on what?” Clary smiled blandly at him. “A mythical place of great magical power. -Cassandra Clare

4. Do you remember back at the hotel when you promised that if we lived, you’d get dressed up in a nurse’s outfit and give me a sponge bath?” asked Jace. “It was Simon who promised you the sponge bath.””As soon as I’m back on my feet, handsome,” said Simon.”I knew we should have left you a rat.-Cassandra Clare

5. Not everything is about you,” Clary said furiously. “Possibly,” Jace said, “but you do have to admit that the majority of things are.-Cassandra Clare

7. One of the Silent Brothers is here to see you. Hodge sent me to wake you up. Actually he offered to wake you himself, but since it’s 5 a.m., I figured you’d be less cranky if you had something nice to look at.” “Meaning you?” “What else?-Cassandra Clare

8. Declarations of love amuse me. Especially when unrequited.-Cassandra Clare

9. Don’t.” Clary raised a warning hand. “I’m not really in the mood right now.” “That’s got to be the first time a girl’s ever said that to me,” Jace mused.-Cassandra Clare

10. Don’t stop there. I suppose there are also, what, vampires and werewolves and zombies?” “Of course there are. Although you mostly find zombies farther south, where the voudun priests are.””What about mummies? Do they only hang around Egypt?” “Don’t be ridiculous. No one believes in mummies.-Cassandra Clare

11. Isabelle drifted over, Jace a pace behind her. She was wearing a long black dress with boots and an even longer cutaway coat of soft green velvet, the color of moss. “I can’t believe you did it!” she exclaimed. “How did you get Magnus to let Jace leave?” “Traded him for Alec,” Clary said. Isabelle looked mildly alarmed. “Not permanently?” “No,” said Jace. “Just for a few hours. Unless I don’t come back,” he added thoughtfully. “In which case, maybe he does get to keep Alec. Think of it as a lease with an option to buy.” Isabelle looked dubious. “Mom and Dad won’t be pleased if they find out.” “That you freed a possible criminal by trading away your brother to a warlock who looks like a gay Sonic the Hedgehog and dresses like the Child Catcher from Chitty Chitty Bang Bang?” Simon inquired. “No, probably not. -Cassandra Clare

12. Don’t tell me,” Jace said, “Simon’s turned himself into an ocelot and you want me to do something about it before Isabelle makes him into a stole. Well, you’ll have have to wait till tomorrow. I’m out of commission.” He pointed at himself – he was wearing blue pajamas with a hole in the sleeve. “Look. Jammies.” “Jace,” Clary said, “this is important.” “Don’t tell me,” he said. “You’ve got a drawing emergency. You need a nude model. Well, I’m not in the mood. You could always ask Hodge,” he said as an afterthought. “I hear he’ll do anything for a -” “JACE!” she interrupted him, her voice rising to a scream. “JUST SHUT UP FOR A SECOND AND LISTEN, WILL YOU?-Cassandra Clare

13. Clary,Despite everything, I can’t bear the thought of this ring being lost forever, any more then I can bear the thought of leaving you forever. And though I have no choice about the one, at least I can choose about the other. I’m leaving you our family ring because you have as much right to it as I do.I’m writing this watching the sun come up. You’re asleep, dreams moving behind your restless eyelids. I wish I knew what you were thinking. I wish I could slip into your head and see the world the way you do. I wish I could see myself the way you do. But maybe I dont want to see that. Maybe it would make me feel even more than I already do that I’m perpetuating some kind of Great Lie on you, and I couldn’t stand that.

I belong to you. You could do anything you wanted with me and I would let you. You could ask anything of me and I’d break myself trying to make you happy. My heart tells me this is the best and greatest feeling I have ever had. But my mind knows the difference between wanting what you can’t have and wanting what you shouldn’t want. And I shouldn’t want you.All night I’ve watched you sleeping, watched the moonlight come and go, casting its shadows across your face in black and white. I’ve never seen anything more beautiful. I think of the life we could have had if things were different, a life where this night is not a singular event, separate from everything else that’s real, but every night. But things aren’t different, and I can’t look at you without feeling like I’ve tricked you into loving me.

The truth no one is willing to say out loud is that no one has a shot against Valentine but me. I can get close to him like no one else can. I can pretend I want to join him and he’ll believe me, up until that last moment where I end it all, one way or another. I have something of Sebastian’s; I can track him to where my father’s hiding, and that’s what I’m going to do. So I lied to you last night. I said I just wanted one night with you. But I want every night with you. And that’s why I have to slip out of your window now, like a coward. Because if I had to tell you this to your face, I couldn’t make myself go.I don’t blame you if you hate me, I wish you would. As long as I can still dream, I will dream of you._Jace-Cassandra Clare

14. What are all these?” Clary asked. “Vials of holy water, blessed knives, steel and silver blades,” Jace said, piling the weapons on the floor beside him, “electrum wire – not much use at the moment but it’s always good to have spares – silver bullets, charms of protetion, crucifixes, stars of David-“”Jesus,” said Clary “I doubt he’d fit.” “Jace.” Clary was appalled.-Cassandra Clare

15. You’re just worried they’ll hire a male instructor and he’ll be hotter than you.” Jace’s eyebrows went up. “Hotter than me?” “It could happen,” Clary said, “You know, theoretically.” “Theoretically the planet could suddenly crack in half, leaving me on one side and you on the other, forever and tragically parted, but I’m not worried about that either. Some things,” Jace said, with his customary crooked smile, “are just too unlikely to dwell upon.-Cassandra Clare

16. A diary with no drawings of me in it? Where are the torrid fantasies? The romance covers?-Cassandra Clare

17. I don’t want tea,” said Clary, with muffled force. “I want to find my mother. And then I want to find out who took her in the first place, and I want to kill them.””Unfortunately,” said Hodge, “we’re all out of bitter revenge at the moment, so it’s either tea or nothing.-Cassandra Clare

19. Magnus, standing by the door, snapped his fingers impatiently. “Move it along, teenagers. The only person who gets to canoodle in my bedroom is my magnificent self.””Canoodle?” repeated Clary, never having heard the word before.”Magnificent?” repeated Jace, who was just being nasty. Magnus growled. The growl sounded like “Get out.-Cassandra Clare

20. I know it’s wrong – God, it’s all kinds of wrong – but I just want to lie down with you and wake up with you, just once, just once ever in my life.-Cassandra Clare

21. I figured all your classes were stuff like Slaughter 101 and Beheading for Beginners.”
Jace flipped a page. “Very funny, Fray.-Cassandra Clare

22. Clary felt suddenly annoyed. “When the self-congratulatory part of the evening is over, maybe we could get back to saving my best friend from being exsanguinated to death?” “Exsanguinated,” said Jace, impressed. “That’s a big word.” “And you’re a big-” “Tsk tsk,” he interupted. “No swearing in church.-Cassandra Clare

23. Jace?” “Yeah?” “How did you know I had Shadowhunter blood? Was there some way you could tell?” The elevator arrived with a final groan. Jace unlatched the gate and slid it open. The inside reminded Clary of a birdcage, all black metal and decorative bits of gilt. “I guessed,” he said, latching the door behind them. “It seemed like the most likely explanation.” “You guessed? You must have been pretty sure, considering you could have killed me.” He pressed a button in the wall, and the elevator lurched into action with a vibrating groan that she felt all through the bones in her feet. “I was ninety percent sure.” “I see,” Clary said. There must have been something in her voice, because he turned to look at her. Her hand cracked across his face, a slap that rocked him back on his heels. He put a hand to his cheek, more in surprise than pain. “What the hell was that for?”
The other ten percent,” she said, and they rode the rest of the way down to the street in silence.-Cassandra Clare

24. I don’t care,” Clary said. “He’d do it for me. Tell me he wouldn’t. If I were missing-“”He’d burn the whole world down till he could dig you out of the ashes. I know,” Alec said.-Cassandra Clare

25. Is there some particular reason that you’re here?” …”Not this again.” “Not what again?” said Clary.”Every time I annoy him, he retreats into his No Mundanes Allowed tree house.” Simon pointed at Jace.-Cassandra Clare