Low serum vitamin D has been found to be associated with various types of metabolic illnessMetabolism is the internal process by which your body expends energy and burns calories. It’s a set of life-sustaining chemical transformations within the cells of living organisms. Metabolism helps you to breathe, think, digest, circulate blood, keep warm in the cold, and stay cool in the heat. It’s such a big concept that it’s understandable to feel as if it’s beyond your control.

By the time you reach 30, your metabolism starts getting slowing down. The 30s are the decade when metabolism slows and your schedules and eating habits may be dictated by the stress of a career, marriage or family.

The good news is that by making some changes in how you do things, you can kick it back up into high gear. Easy diet and lifestyle changes you can make to boost your metabolism, make your body run more efficiently, and reach your weight-loss and fitness goals faster. Check out below: 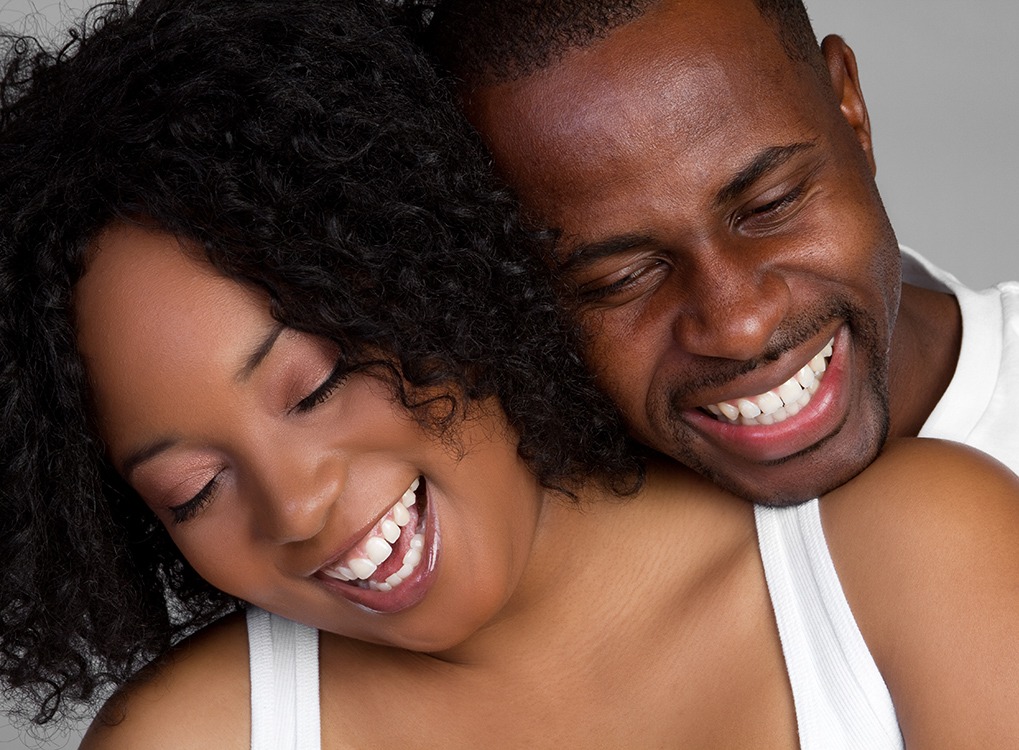 Genuine laughter may cause a 10 to 20 percent increase in basal energy expenditure and resting heart rate, according to a study published in The International Journal of Obesity. 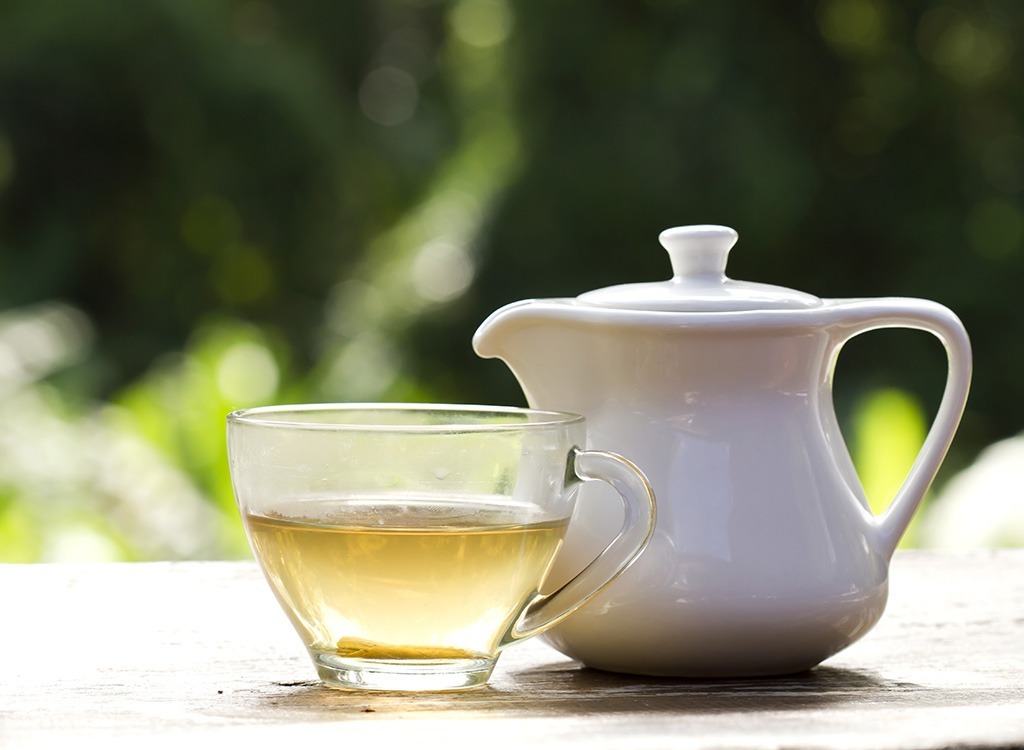 The brew contains catechins, a type of antioxidant that triggers the release of fat from fat cells and helps speed the liver’s capacity for turning fat into energy.

A study suggests that humans may acclimate to cool temperature by increasing brown fat, which in turn may lead to improvements in glucose metabolism. These changes can be dampened or reversed following exposure to warmer temperatures.

4. Turn Down Your Thermostat 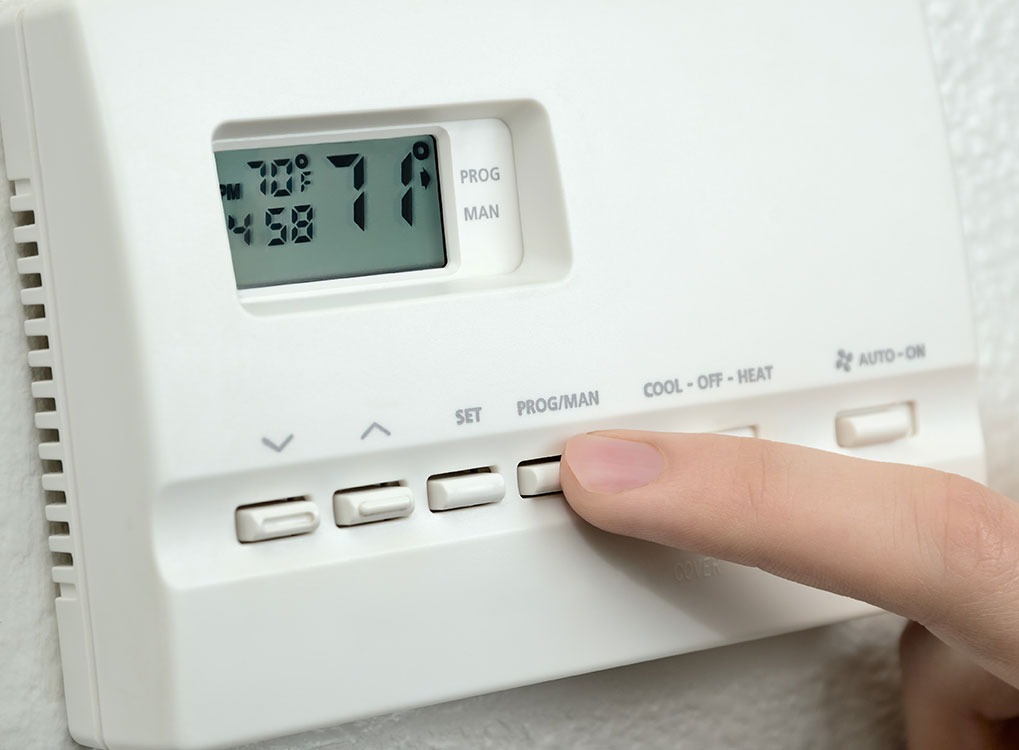 On a list that encompasses several easy ways to rev your metabolism, this may be one of the easiest. Take the temp in your bedroom down a notch.

Studies have shown that on average a meal containing a spicy dish, like a bowl of chili, can temporarily increase metabolism by about 8 percent over a person’s normal rate, an amount considered fairly negligible. But besides a slight uptick in metabolism, spicy foods may also increase feelings of satiety. 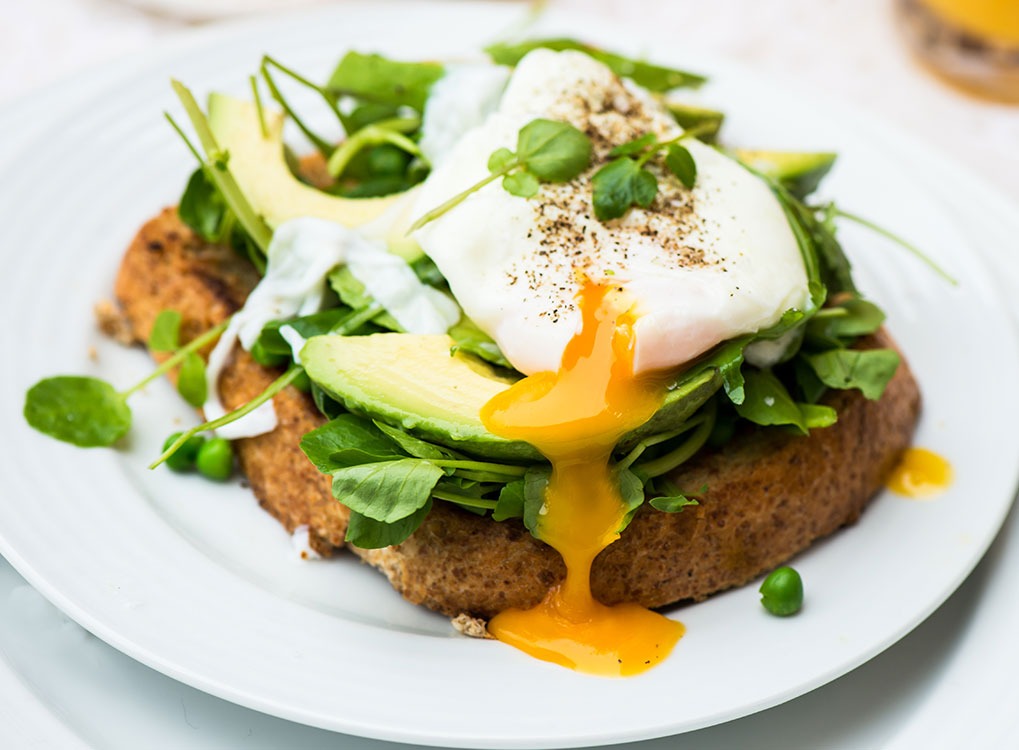 Eating the entire egg is beneficial to your metabolism. The yolk contains many metabolism-stoking nutrients, including fat-soluble vitamins, essential fatty acids and — most significantly choline, a powerful compound that attacks the gene mechanism that triggers your body to store fat around your liver.

7. Put On Some Muscle 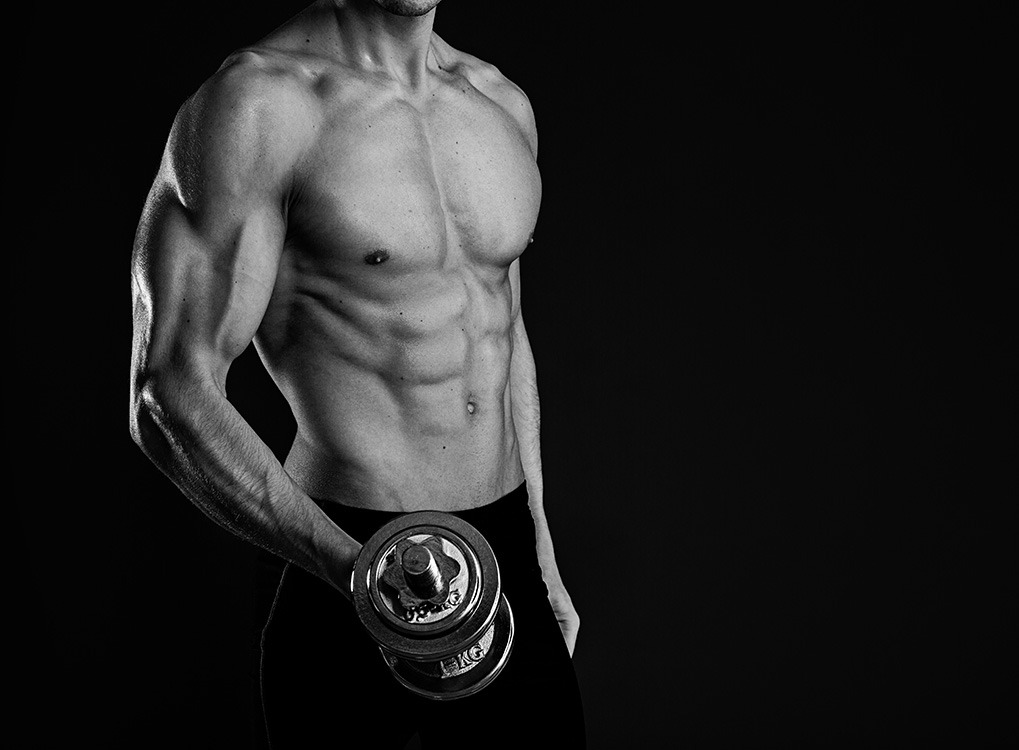 If you can pack on just five pounds of muscle and sustain it, you’ll burn the caloric equivalent of three pounds of fat over the course of a year. 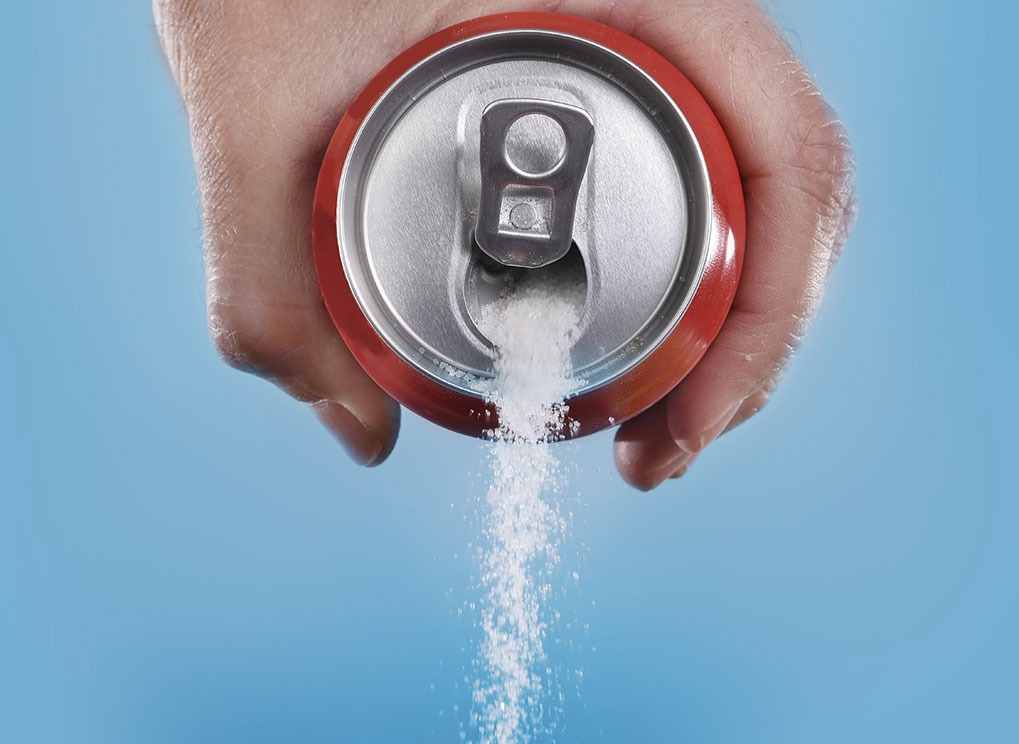 Research published in the journal Trends in Endocrinology & Metabolism shows that artificially sweetened beverages may screw up the body’s normal metabolic response to sugar, actually increasing appetite! Increasingly, diet drinks are being linked with weight gain, metabolic syndrome and a host of other ills. 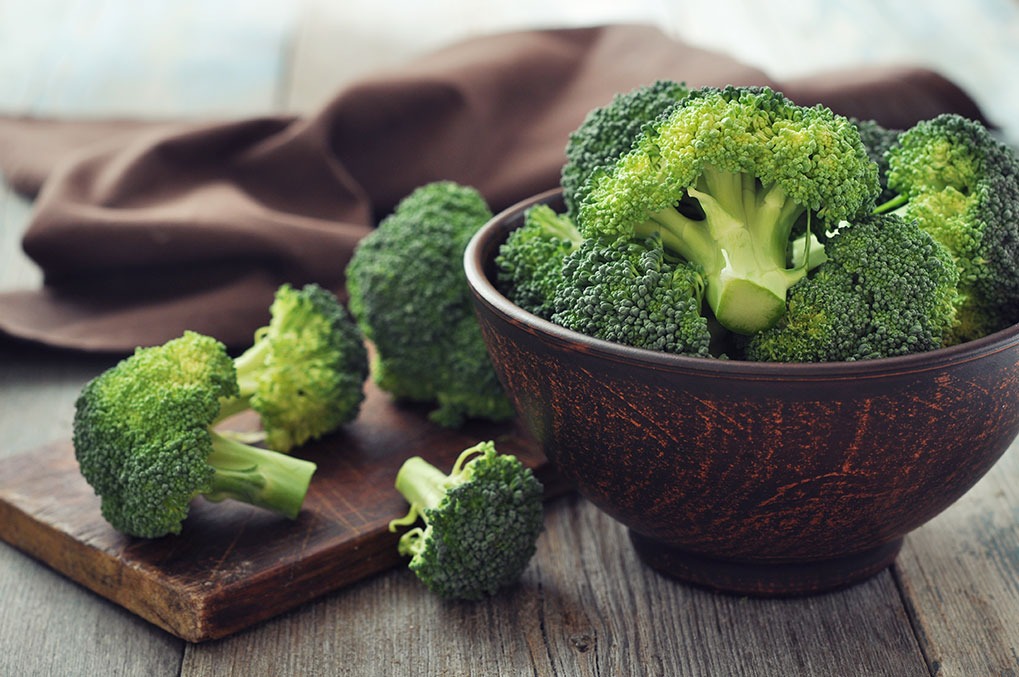 Broccoli contains a compound that works on a genetic level to effectively “switch off” cancer genes, leading to the targeted death of cancer cells and slowing of disease progression. 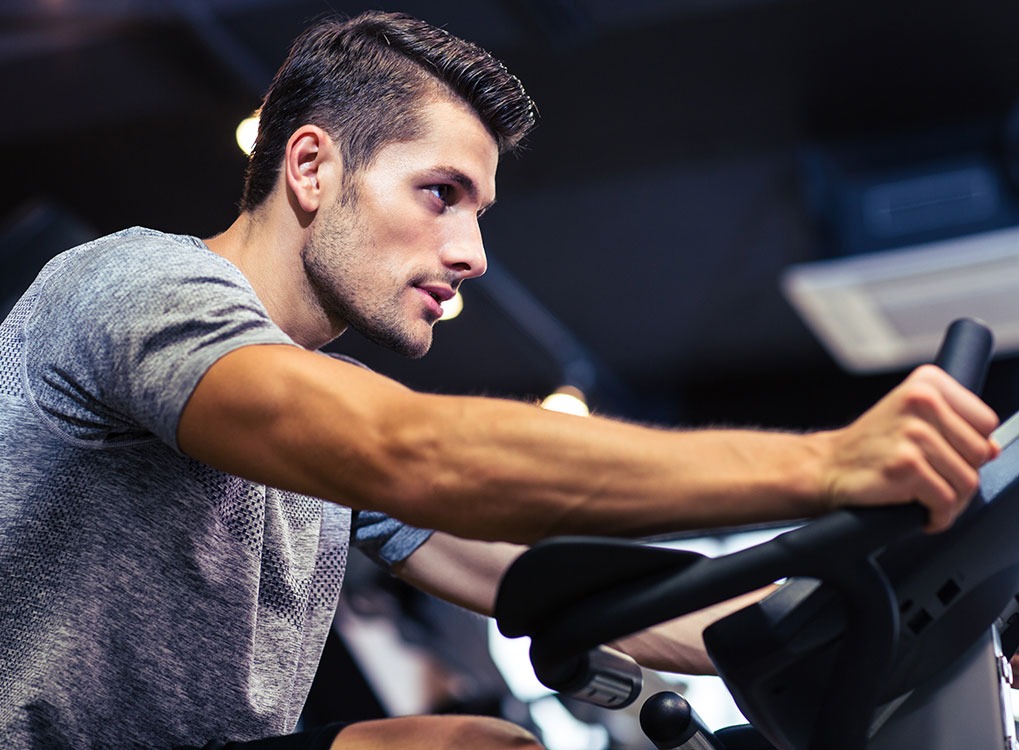 Forget slogging on the treadmill for hours, research printed in the journal Physiological Reports showed that people who did five 30-second bursts of max-effort cycling, followed by four minutes of rest, burned 200 extra calories that day. 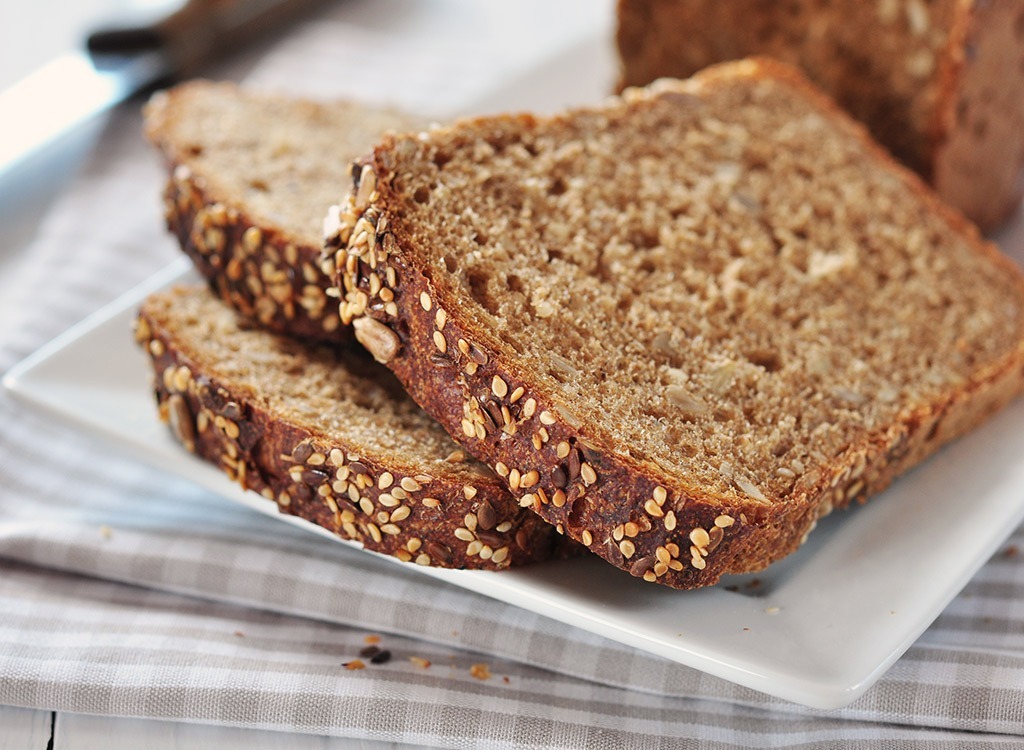 Your body burns carbs for energy, but if you eat them before you go to sleep, your body just stores them as fat. But the pasta-nomics of weight loss aren’t so simple. One study in the European Journal of Nutrition put two groups of men on identical weight loss diets. 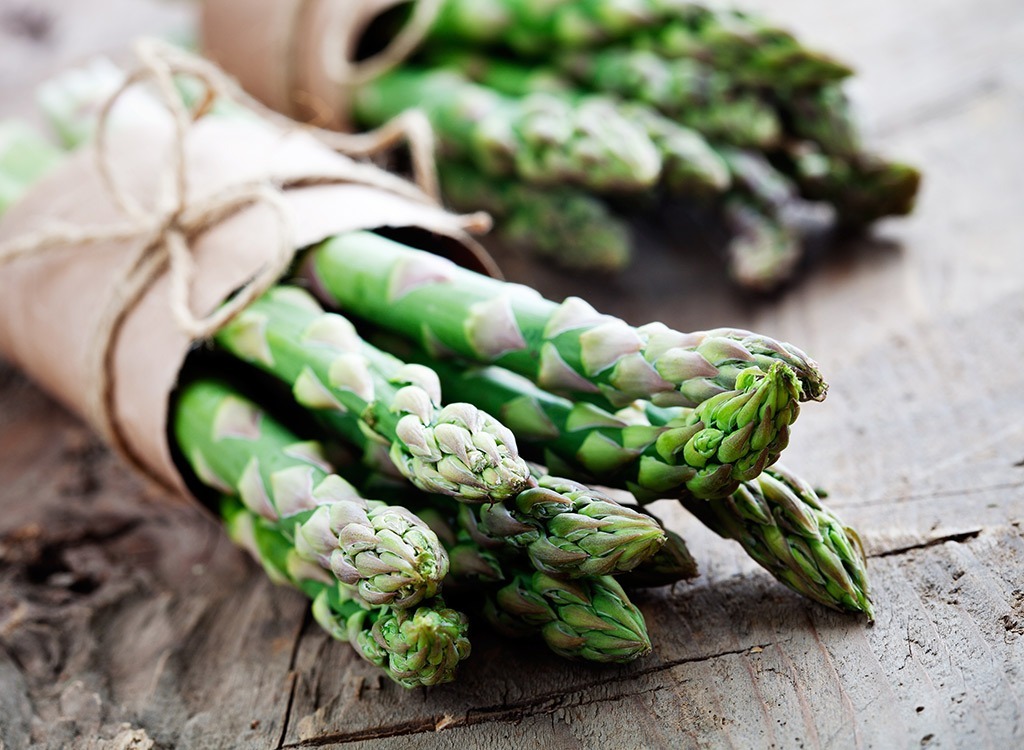 If you want to give your metabolism a leg up, Jubilee says, switch to organic, grass-fed, pasture-raised beef, eggs, and dairy products, thereby avoiding those nasty hormones at mealtime. 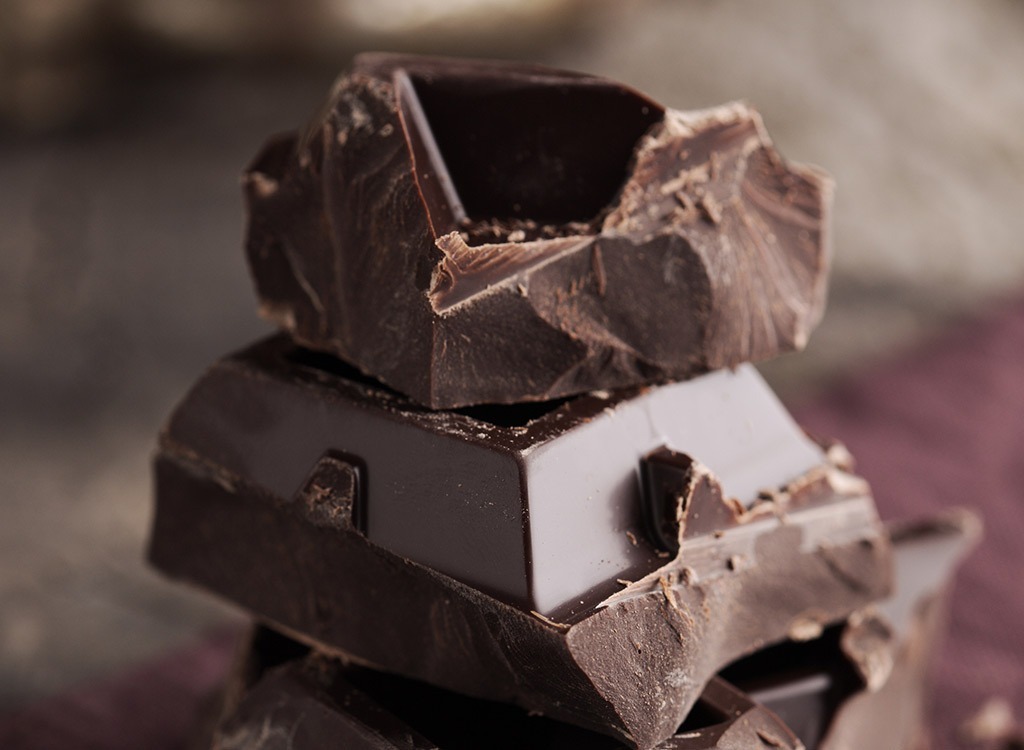 In a study by Swiss and German researchers, lucky participants ate about 1.5 ounces of dark chocolate daily for two weeks. Ultimately, these chocolate nibblers had lower stress-hormone levels and a more regulated metabolism than a control group. 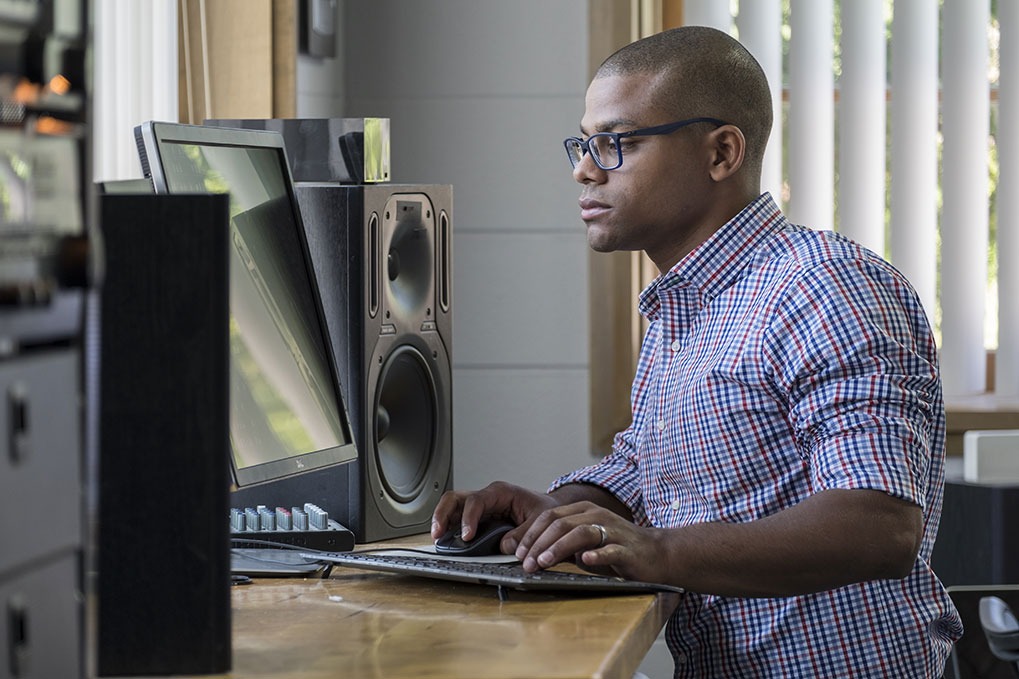 Most people spend another seven to ten hours sitting at their desk. That means most of us spend the overwhelming majority of our time sedentary. Our bodies weren’t designed for this level of inactivity. To burn more calories daily is to stand more and sit less. 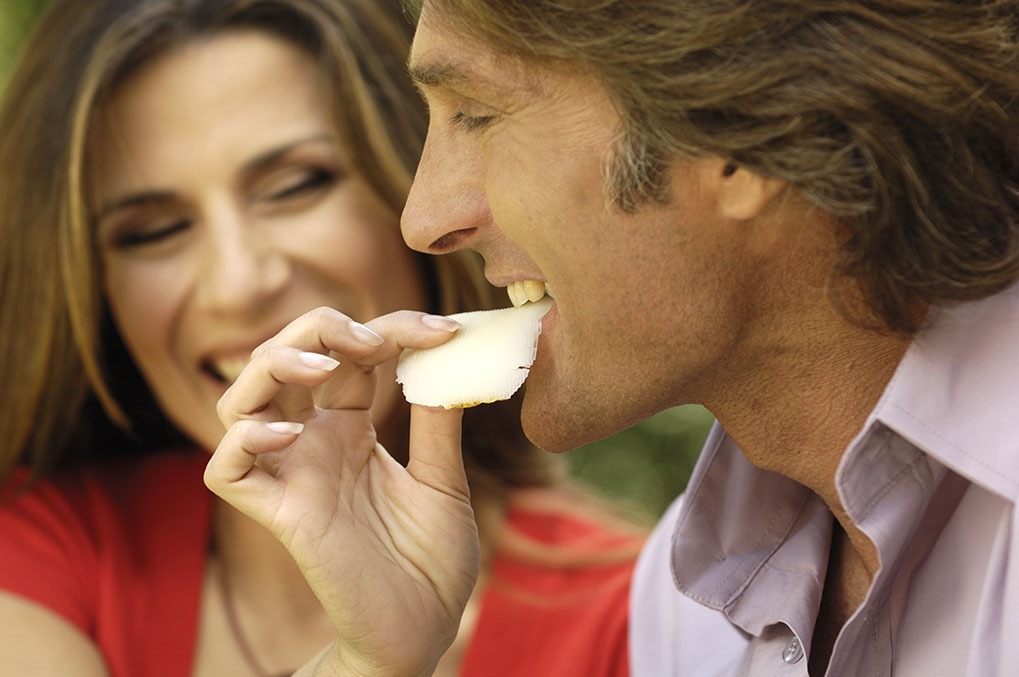 We all know that cheese is a satisfying, portable and inexpensive food that’s packed with calcium, vitamin D and protein. It’s that last quality that makes it a metabolism revver. 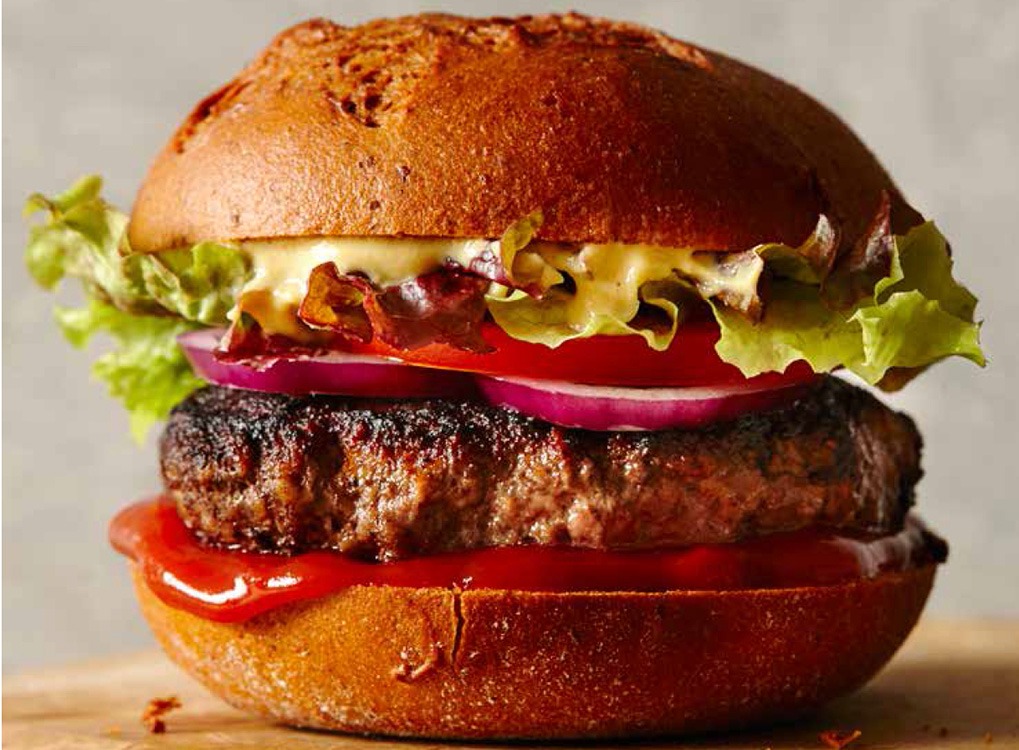 The more muscle you have, the more calories you burn–no matter what you’re doing. Hitting the gym helps you build muscle to begin with, but eating protein keeps it from breaking down and slowing your metabolic rate as a result. 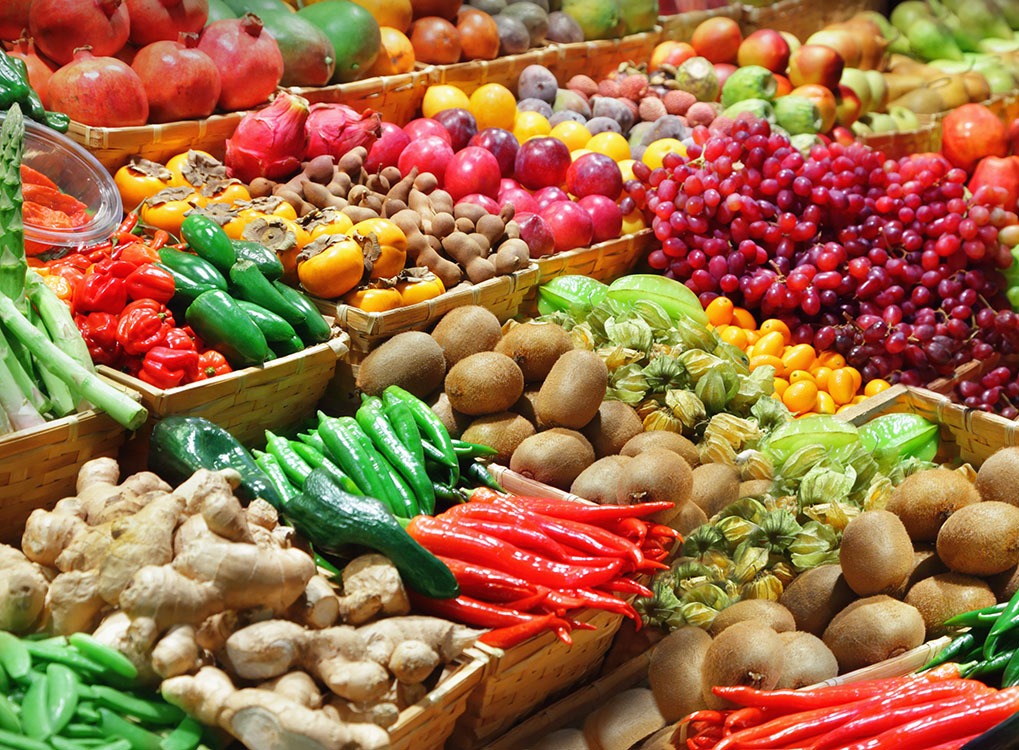 The smoothie revolution is here, and lots of people are swilling down bushels of leafy greens. Believe it or not, there’s a downside to this ingenious delivery method. Smoothies are great for weight loss, but by prioritizing lean meats, fish, fibrous vegetables and fruit, you’re driving up Thermic Effect of Food and expending more calories on digestion.

Liver’s function is to sift out all the toxic stuff you run through it. It is an important tool in protein synthesis, aids in digestion, regulates glycogen storage. Liver also plays a role in metabolism and hormone production. Between drinking alcohol frequently and a diet rich in processed food, liver takes a heavy beating.

Because the liver is a filter, it can get overwhelmed when we eat or drink too much too fast. The digestion of meat and dairy in particular produce byproducts that the liver has to work harder to filter out.

Liver damage is accompanied by no symptoms at all, until it’s too late. But liver has a remarkable ability to regenerate and heal itself.

To repair your liver, give it a break by cutting back on the adult beverages.

With the proper nutritional changes, you can get the liver to clean itself out, get rid of the buildup of fat deposits, and speed up your fat-burning metabolism.

Vitamin D, a free sunshine vitamin available for mankind from nature, is capable to avert many health-related critical circumstances. Vitamin D is no more regarded as a nutrient involved in bone metabolism alone. The presence of vitamin D receptor in a number of tissues implies that vitamin D has various physiological roles apart from calcium and phosphorus metabolism. Low serum vitamin D has been found to be associated with various types of metabolic illness such as obesity, diabetes mellitus, insulin resistance, cardiovascular diseases including hypertension. 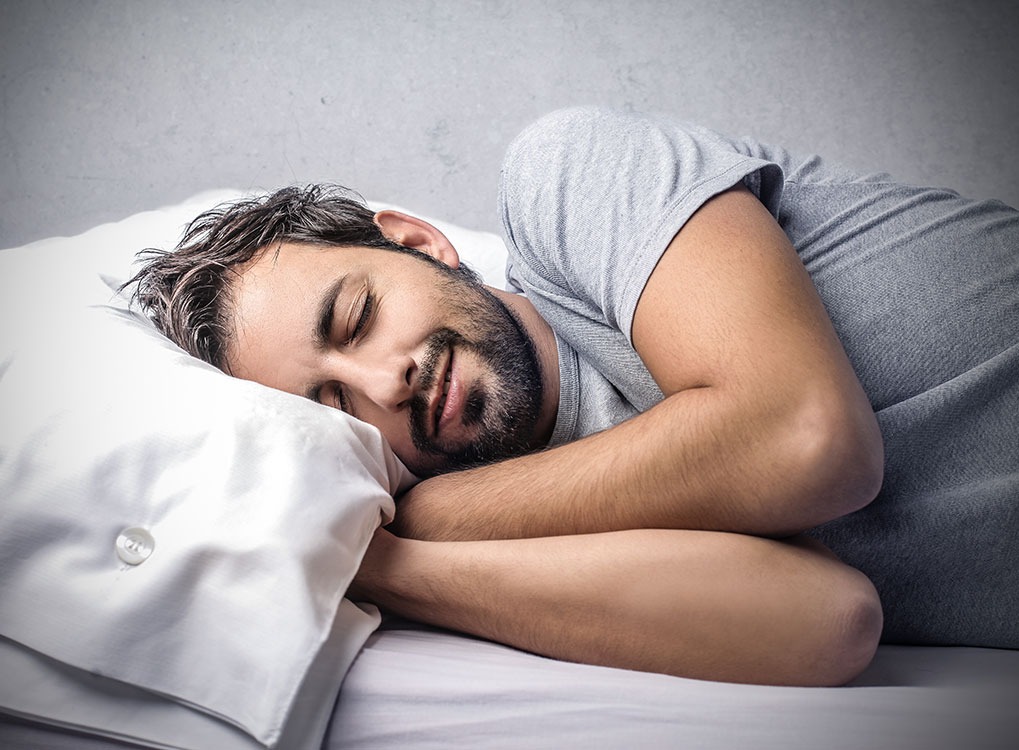 We all have those less-than-adequate nights of sleep but if it’s a regular thing, you’re better off lengthening your night’s sleep than working out, if fat loss or weight maintenance is your goal. 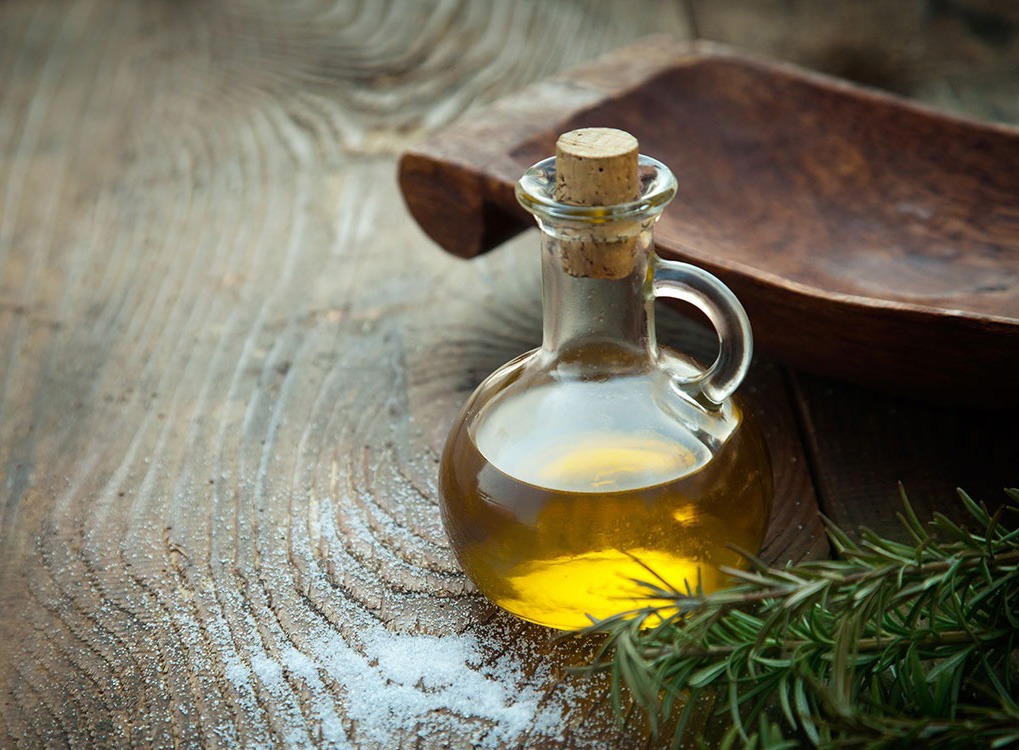 The right kinds of fats and oils help quash hunger, maximize your metabolism and speed nutrients through your body. Healthy monounsaturated fats like olive oil can actually help the body to burn calories. 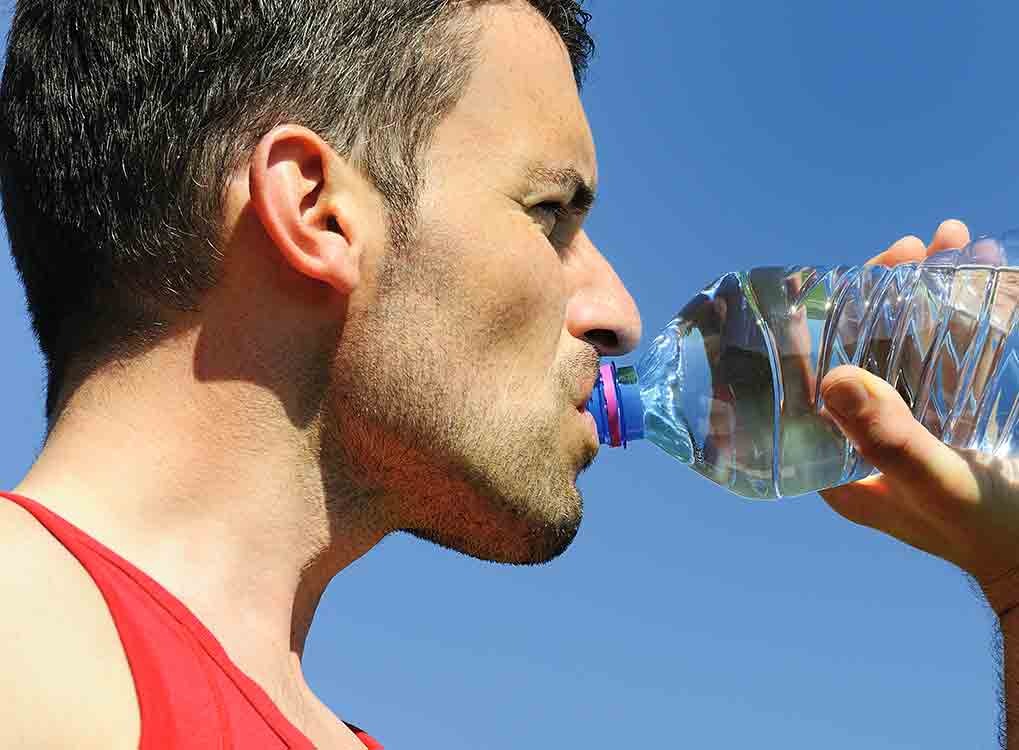 Weight loss hardly gets easier than this: drinking more water may increase the rate at which you burn calories, according to a study in The Journal of Clinical Endocrinology and Metabolism.

24. Ensure That You Eat Enough 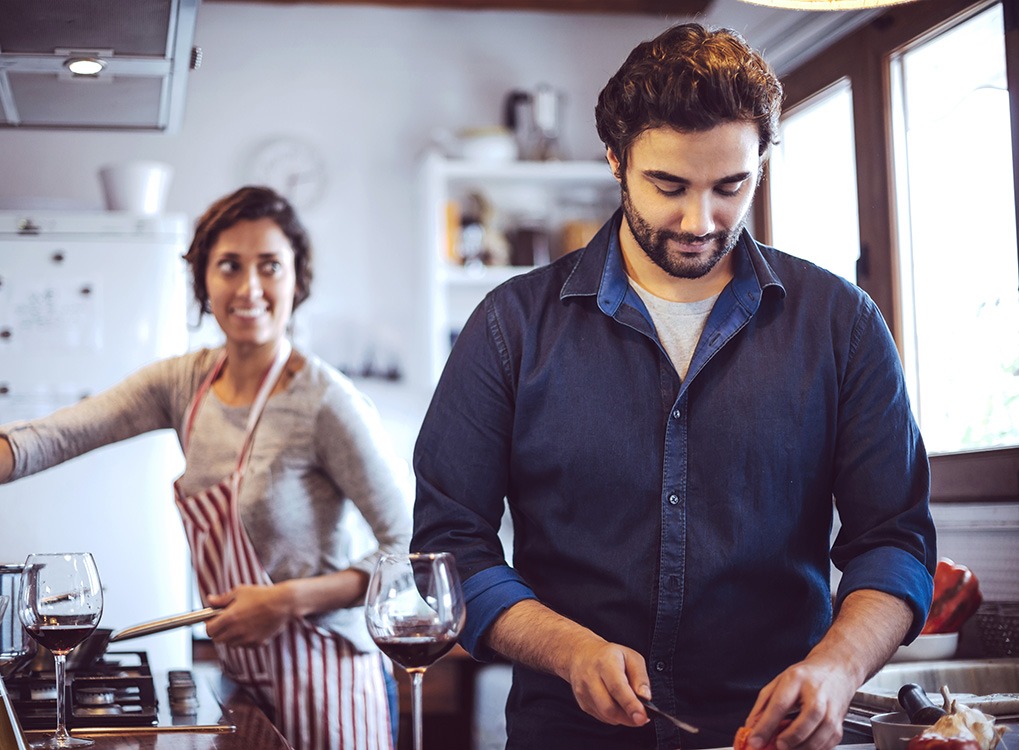 If you want to weigh less, you’ve got to eat less, right? Not exactly. See, if you take in too few calories, it can cause your body to lose muscle mass, which will actually slow down your metabolism. 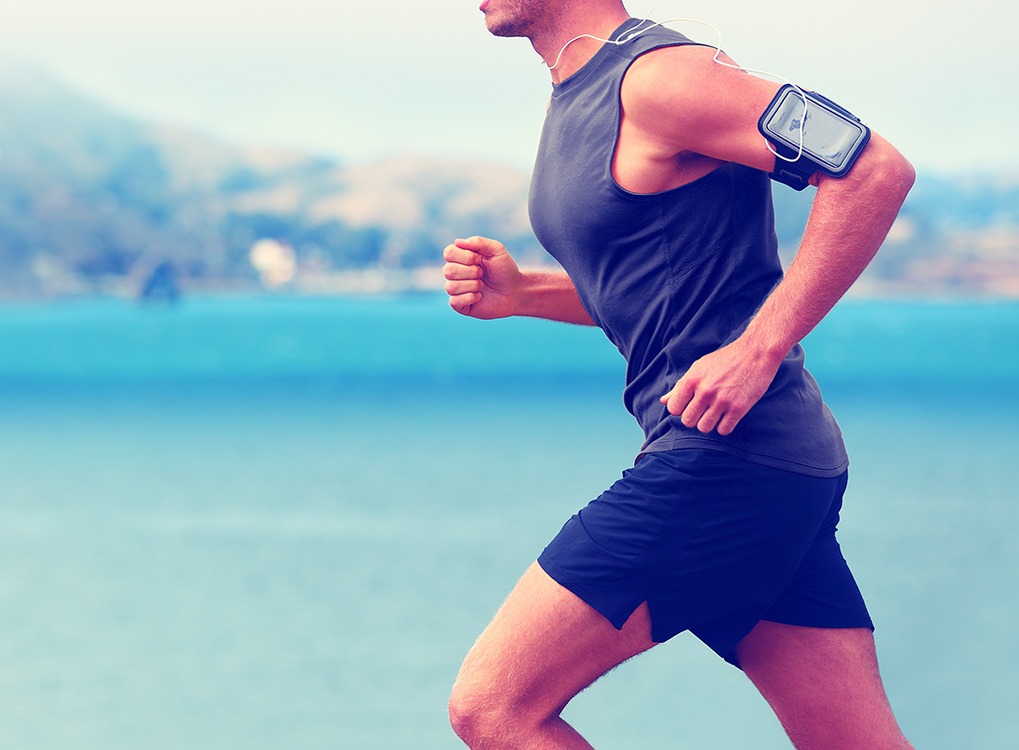 When it comes to the best workouts for weight loss, neither weights nor cardio can completely move the needle on their own. Interval training is the best way to shed pounds, increase your metabolism, improve your cholesterol profile, and improve insulin sensitivity. 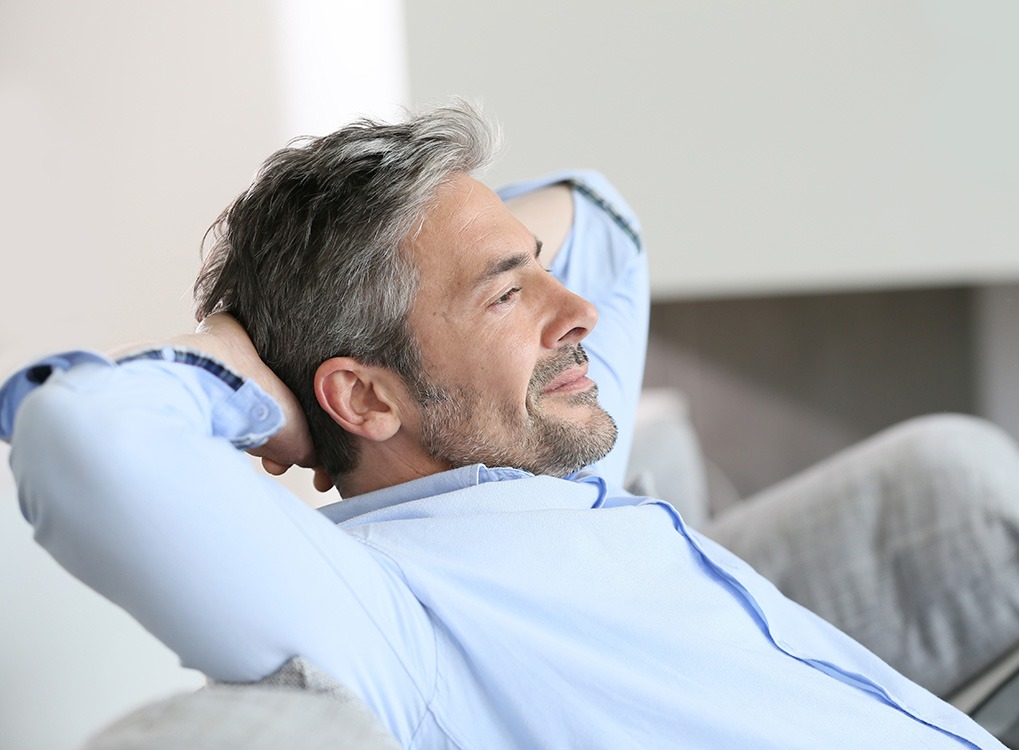 That chill pill you’re urged to take from time to time? It can be a metabolism booster. That’s because stress can actually cause the body to metabolize food more slowly