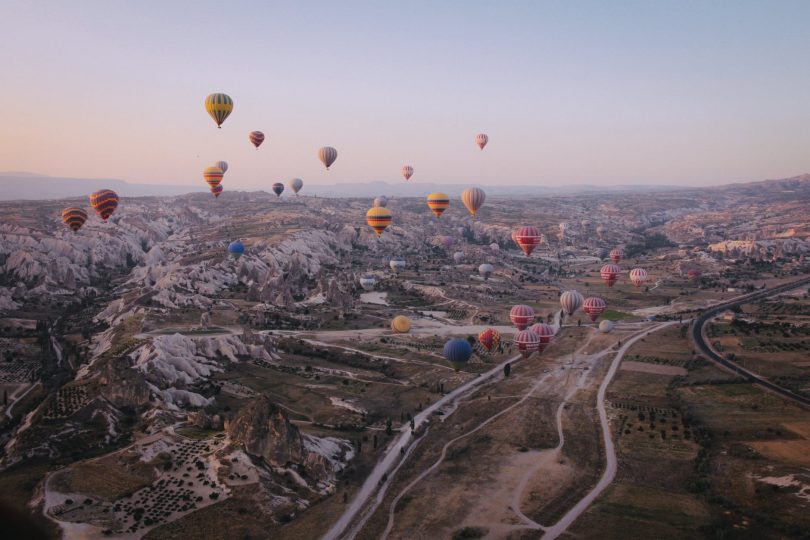 1. “What did the turkey say to the turkey hunter on Thanksgiving Day?”

2. What would you get if you crossed a turkey with an ghost?

3. “Why did the farmer have to separate the chicken and the turkey?”

4. Why did the police arrest the turkey?

6. Why did the turkey cross the road twice?

To prove he wasn’t a chicken!

7. “Why did they let the turkey join the band?”

“Because he had his own drumsticks.”

8. What happened when the turkey got into a fight?

He got the stuffing knocked out of him!

9. “What happened to the turkey that got in a fight?”

“He got the stuffing knocked out of him!”

“Because he will gobble it up.”

14. What’s the best dance to do on Thanksgiving?

16. If you call a large turkey a gobbler what do you call a small one?

“A turkey holding its breath.”

18. Who is not hungry at Thanksgiving?

The turkey because he’s already stuffed!

19. “What’s the best song to play while cooking a turkey?”

“All about that baste.”

20. Why should you never set the turkey next to the dessert?

Because he will gobble, gobble it up!

“He wanted people to think he was a chicken.”

22. What sound does a turkey’s phone make?

24. What’s the most musical part of a turkey?

“He was already stuffed.”

26. What is a turkey’s favorite dessert?

28. What sound does a limping turkey make?

30. What do you call it when it rains turkeys?

31.”Why do pilgrims’ pants always fall down?”

“Because they wear their buckles on their hats!”

32. What’s the key to a great Thanksgiving dinner?

33. “What side dish do you bring for Thanksgiving dinner when you accidentally sat on the sweet potatoes?”

They use fowl language.

35. “What role do green beans play in Thanksgiving dinner?”

36. What is it called when a turkey fumbles in football?

38. Fruit comes from a fruit tree, so where does turkey come from?

40. Why shouldn’t you look at the turkey dressing?

Because it will make him blush.

41. “Why was the Thanksgiving soup so expensive?”

They all have keys.

43. “What did the mother turkey say to her disobedient children?”

“If your father could see you now, he’d turn over in his gravy!”

44. Which side of the turkey has the most feathers?

“Because they saw the turkey dressing.”

46. What do turkeys like to do on sunny days?

47. “My grandma made mashed potatoes from a box.

Because if they dropped them, they would break.

49. “What do you wear to Thanksgiving dinner?”

50. Why did the turkey refuse dessert?