Home » Relationships » 6 Warning Signs That Your Marriage Is Beyond Saving 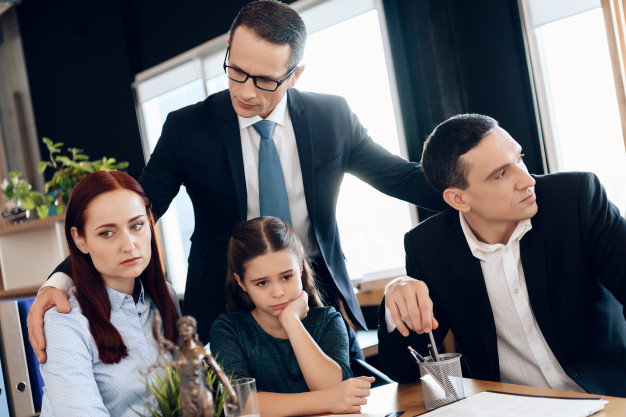 We all enter into marriage with high hopes that we’ll be spending our entire lives with our chosen spouse. However, according to a leading Washington DC divorce lawyer, the sad reality is that almost 50% of marriages end within 20 years.

Few of us give up at the first sign of trouble. Many couples try to make it work, to avoid splitting the family and disrupting the lives of their children.

While it may be possible to ride out a rough patch, there are certain signs which indicate that a permanent split is the most likely outcome. Here 6 common warning signs that your marriage may be beyond saving.

1. If You Or Your Children Feel Unsafe

This is the most severe warning sign that a marriage is beyond saving. The absolute priority is to distance yourself from an abusive spouse and seek outside help, perhaps from the police, or a domestic abuse service.

Remaining with or returning to an abuser who says they’re sorry and promises to change, puts you all at further risk of serious harm.

While infidelity doesn’t always spell the end of a relationship, it can be hard to move beyond. The fact that a spouse has been deliberately deceptive about something so fundamental to marriage is often more destructive than the act of infidelity itself.

While it can be possible to repair the damage, this can take years to achieve and is especially difficult in the case of a long-term affair.

If the desire for emotional and physical intimacy no longer exists, it’s a sign that on a fundamental level, the marriage has already died.

A civilized divorce, without recriminations, may be the most positive way for both parties to move forward towards a more fulfilling life.

If a spouse has been concealing things that impact both partners – such as financial problems, or an addiction to alcohol, substances, or gambling– the loss of trust can be devastating.

The foundation of the entire marriage may be called into question – what else has the spouse lied about?

Even smaller deceptions, such as hidden social media activity, can erode trust to the point where it’s totally gone.

At that point the marriage has already broken down – whether it can be saved depends on both parties getting real about their problems and doing whatever’s needed to rebuild trust.

A key marker of marriage breakdown according to professionals, is the partners’ communication style with each other.

Constant criticism, and speaking with contempt rather than respect are signs that the marriage is in deep trouble.

When a couple doesn’t agree on anything, important or trivial, and is constantly bickering, the basis for continuing the marriage needs to be called into question.

The flip side of non-stop arguing is that partners have just given up and don’t care anymore. Different priorities, and lack of interest in what the other spouse thinks or feels is an indicator that separation would be welcomed by one or both parties.