Home » 50 D&D Jokes That Will Definitely Make You Laugh 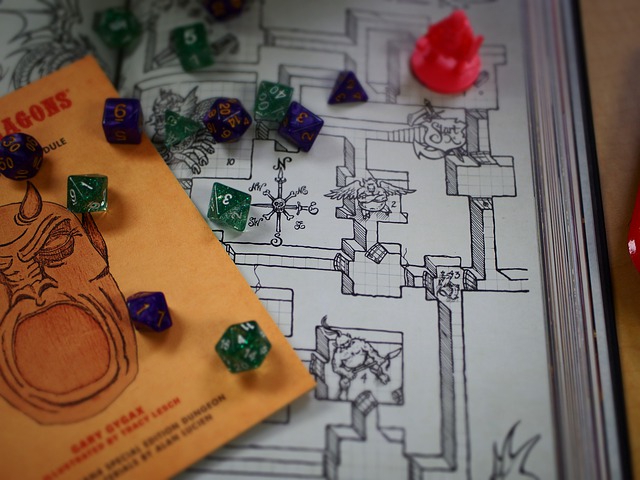 Especially “nerdy gamers” require a good laugh from time to time. Fortunately, there’s still plenty to make you chuckle whether campaigning or playing. Playing Dungeons & Dragons can result in some pretty humorous situations, from missed spells to taunting individuals in your party… particularly if you have a decent Dungeon Master.

Whatever it is you’re interested in, there’s a joke for it. For the time being, though, feel free to nerd out in these DnD zingers. If you’re unfamiliar with Dungeons And Dragons, it’s a medieval tabletop role-playing game that’s incredibly popular all over the world, so much so that we put up this selection of D&D jokes! Relish.

1. How do you know if your magic sword is blunt?

When it starts critiuing your form during combat.

2. Why are the spellcasters are most unbalanced?

You ask them for a d8

4. Why do paladins wear chainmail?

5. Why did the Halfling stop dating his Warforged girlfriend?

Because she was too high maintenance

6. What forest animal helps the druid get that nice green colour for their robe?

8. What tool helps a wizard with writing the correct runes into their spellbook?

9. How does the paladin protect against the heat of a Fire bolt?

He turns up his AC!

10. Which body of water do you get bonuses to sail across?

11. Where does the ranger keep their arrows?

13. Why was the musician kicked out of the tavern?

15. What do you get when you cross the wizard and the rogue?

16. Why haven’t we had a playtest for psion in so long?

Because it you checked it out now, it’d blow your mind!

17. Why is a necromancer not always a bad guy?

Sometimes they just want to raise a family in peace!

18. What is a cleric’s favourite hot drink?

19. What do you call a cult of deep old one warlocks who worship their astral ankheg overlords?

20. How to Aarakocra prefer to send messages?

21. How can one know when a magic sword is blunt?

When it critiques the player’s form in combat.

You ask her for a d8 first.

Your feet are going to take 1d4 damage.

25. What is the favorite food of a beholder?

You May Also Like To Read: 50 Star Wars Jokes

26. What is the favorite metal of a rogue?

27. What’s the difference between metagaming and meta humor?

One is quite strange and funny, and the other is just a joke.

28. What do you call a fey that is a thousand years old?

29. Which sea helps you get bonuses after sail across?

30. What is that mineral that gives you a choice but is just out of reach?

31. What material is the magic skillet made of?

It’s made of cast iron.

32. What is the difference between a Gibbering Mouther and a DM?

One is a terribly disgusting creature, and the other is a monster from the Monster Manual.

33. Where will happen to you if a Vrock shoves you against a wall?

A Vrock and a hard place.

34. What is worse than ten goblins that are dead in a ditch?

35. What do you call someone who becomes a mushroom on the night of a full moon?

36. How many trolls can light a candle?

Just one, but he is extremely cautious.

37. What is the difference between a flumph and a half-orc bard walking across the city?

The flumph is going to attend a gig.

38. What is red, green, and constantly bumps into the walls?

A Goblin with forks in both of his eyes.

39. What is the difference between a cannonball and a dead goblin?

You can only lift the dead goblin with a pitchfork.

40. What does an ogre consider an armored knight?

41. What did the half-orc say when the tavern keeper told him, “We don’t serve your kind here!” when he walked in?

“That’s okay. I only wanted mutton.”

42. Why don’t halflings plan for the near future?

44. How many goblins would it require to paint a whole house?

It really depends on how hard you can throw them.

45. What do the undead say about people whenever they see an undead?

They are always dying to look like that guy.

46. What is more hilarious than a goblin that’s dead?

47. What did one Orc say to the other while eating a bard wearing a harlequin costume?

48. What is an orc with two brain cells called?

49. How can you make half-orc bards play a chord?

Make three of the bard play the same note.

50. What did the demon have to face when his girlfriend had joined the Holy Order?

The fact that she fiend-zoned him.