The Queen looked delighted as she joined other members of the royal family at the RHS Chelsea Flower Show fresh from the weekend’s wedding celebrations.

Queen Elizabeth wearing a pale pink wool coat and a matching pale pink floral patterned dress, she stepped out on Monday afternoon, along with other royals, including the Princess Royal and Prince Andrew. 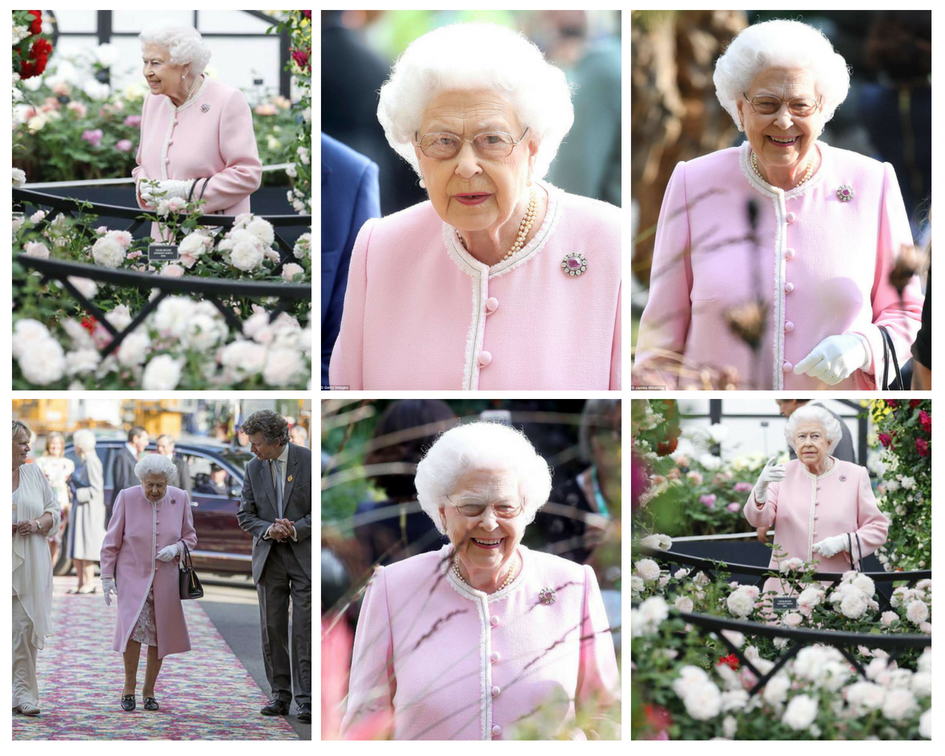 The Queen was greeted in the evening sunshine by the president of the Royal Horticultural Society, Sir Nicholas Bacon, who was at the royal wedding.

The Queen at Chelsea pic.twitter.com/W2X0xiR3Cx

Famous faces including Holly Willoughby, Phillip Schofield, Alan Titchmarsh, David Walliams and Joanna Lumley have been spotted among the flora.

Her Majesty was accompanied by the Duke and Duchess of Gloucester, the Princess Royal and Princess Alexandra, and will attend a private reception later on this evening.

Her Majesty views the @The_RHS Feel Good Garden, which celebrates 70 years of @NHSEngland.

It was designed by @matt_keightley & highlights the benefits that gardening has on Mental Health. pic.twitter.com/nVvGyo28Kr

Other royals in attendance included Princess Beatrice, the Duke of York, and the Princess and Prince of Kent. 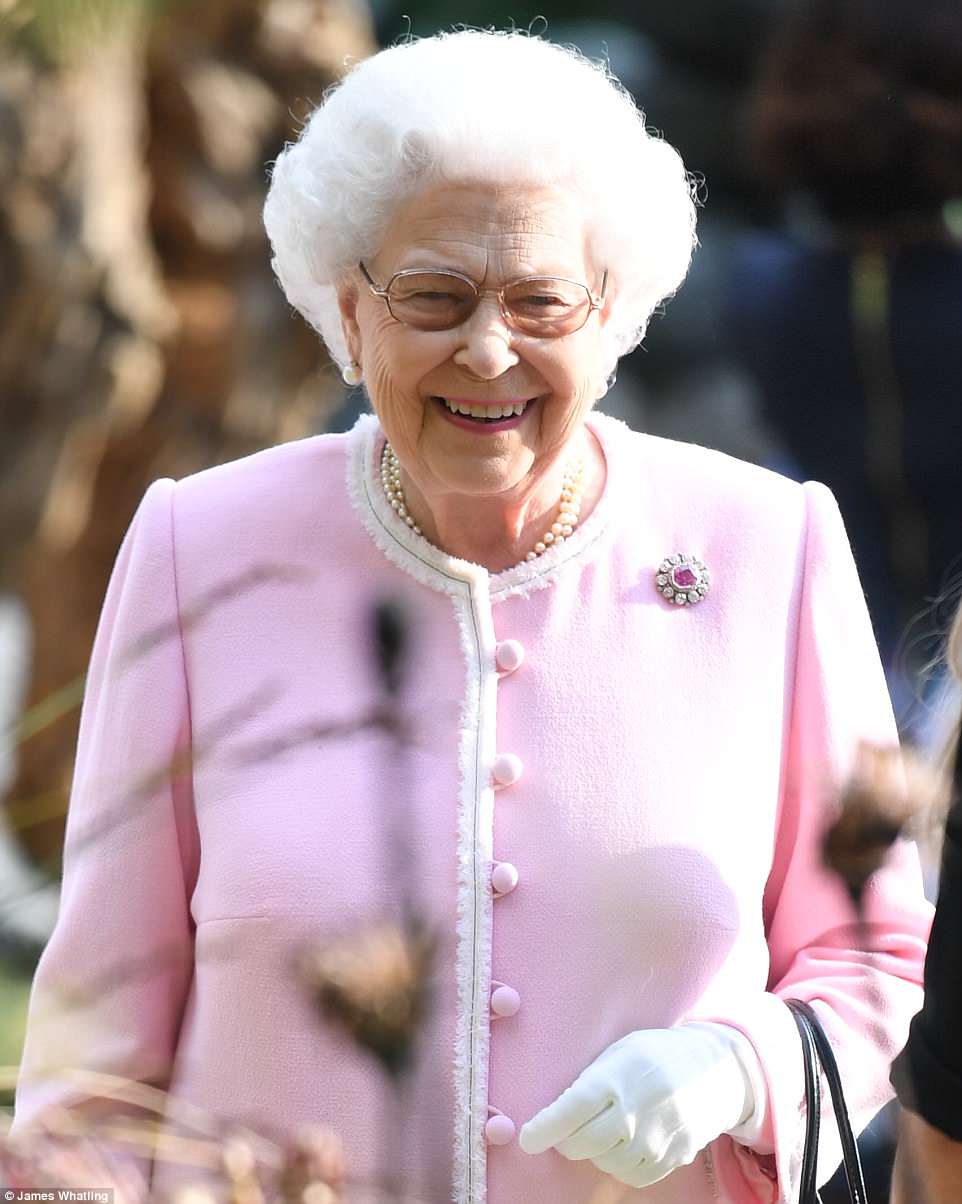 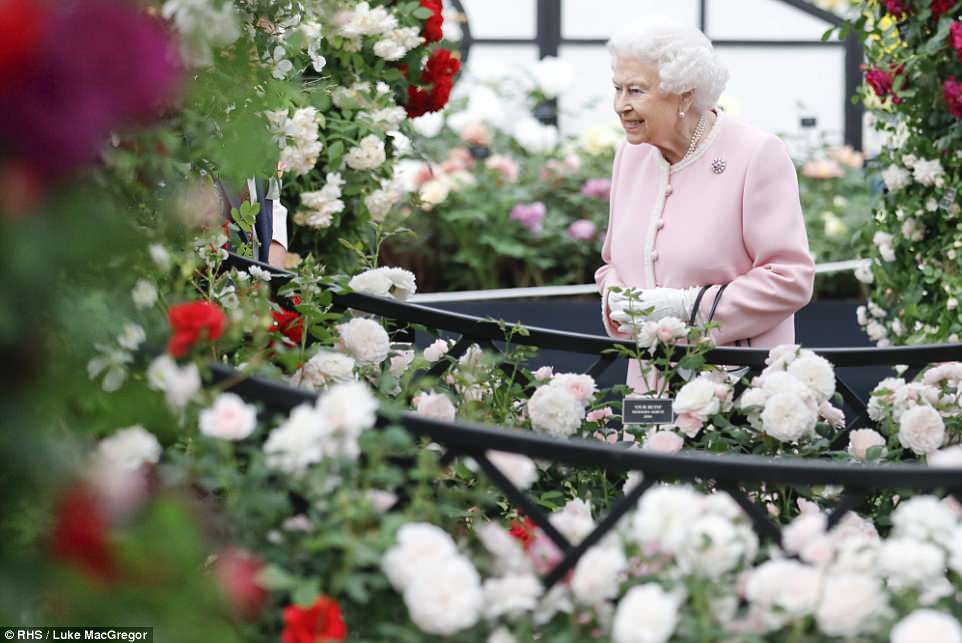 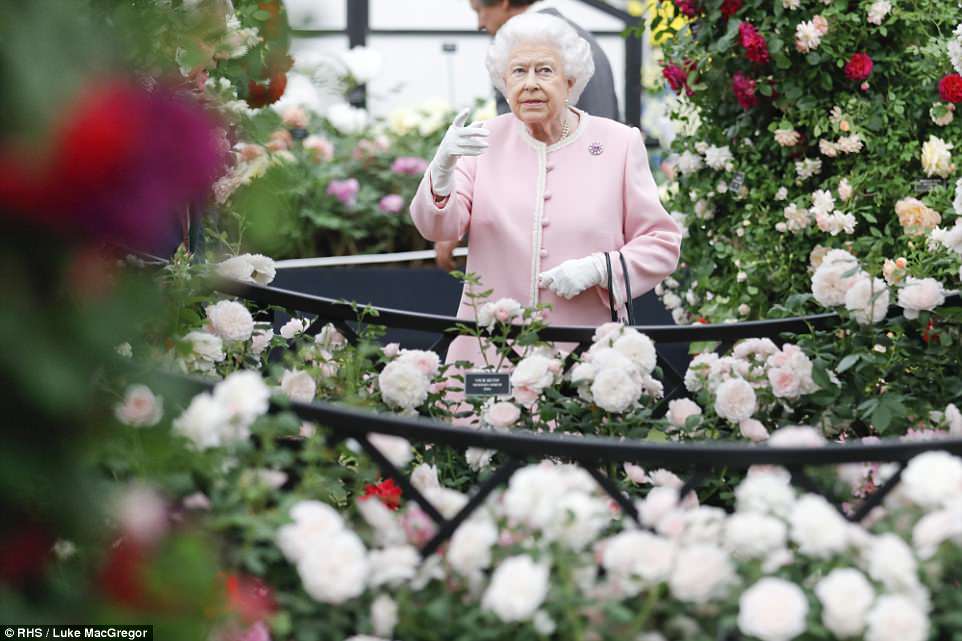 The Queen is a patron of the Chelsea Flower Show. Queen Alexandra opened the first flower show in 1913 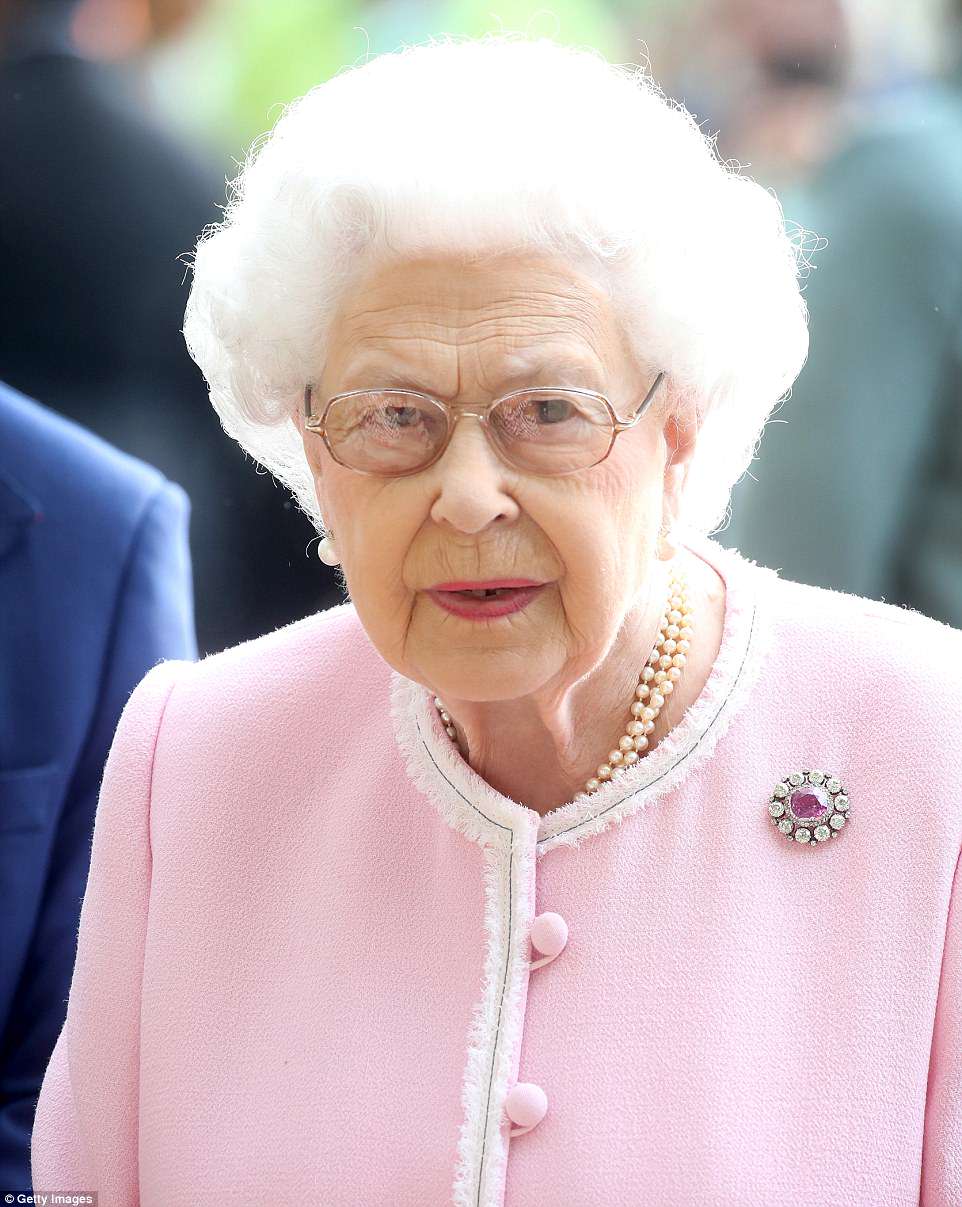 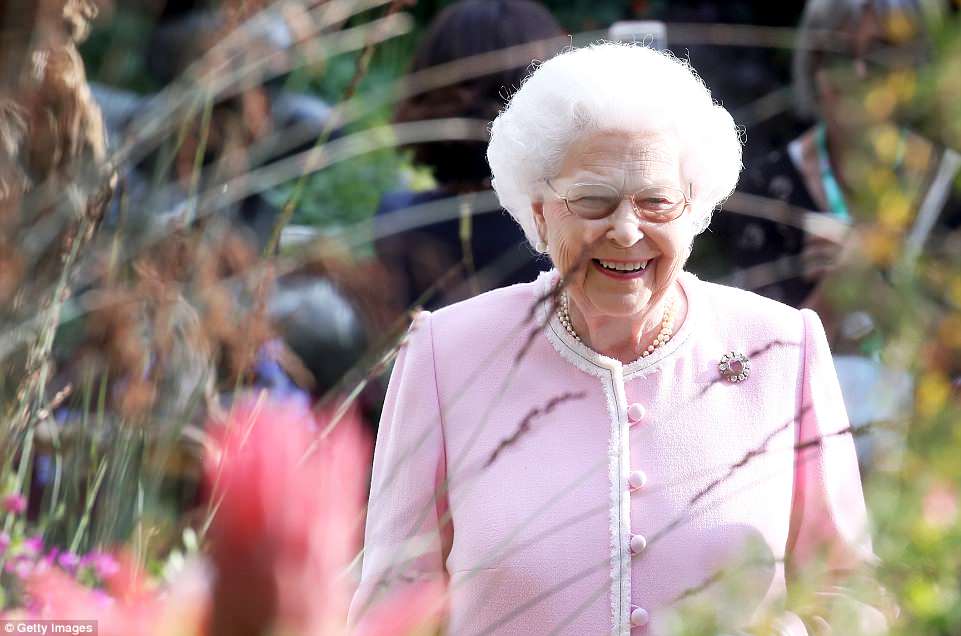 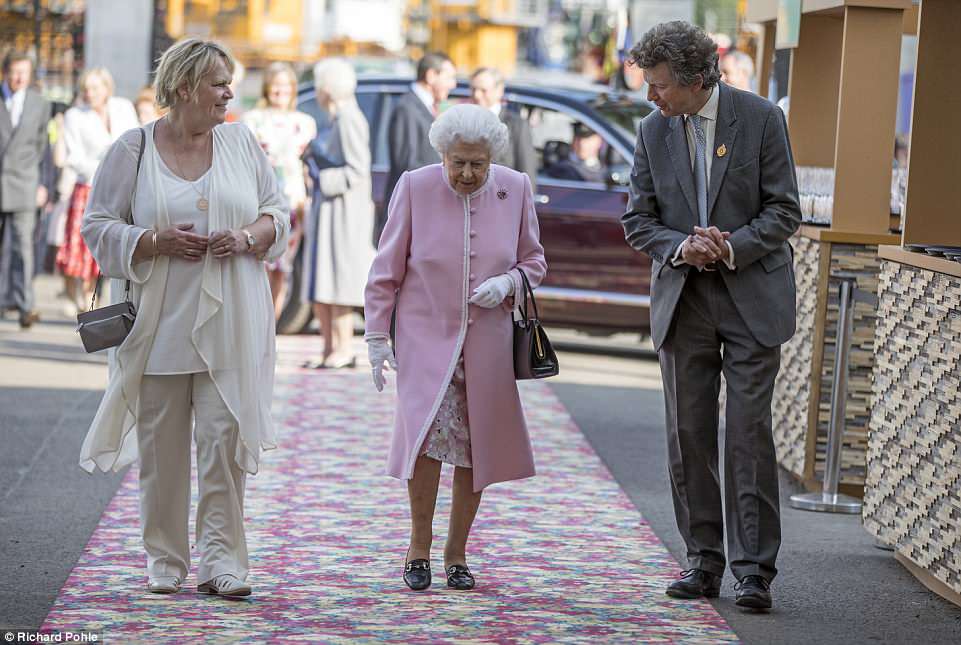 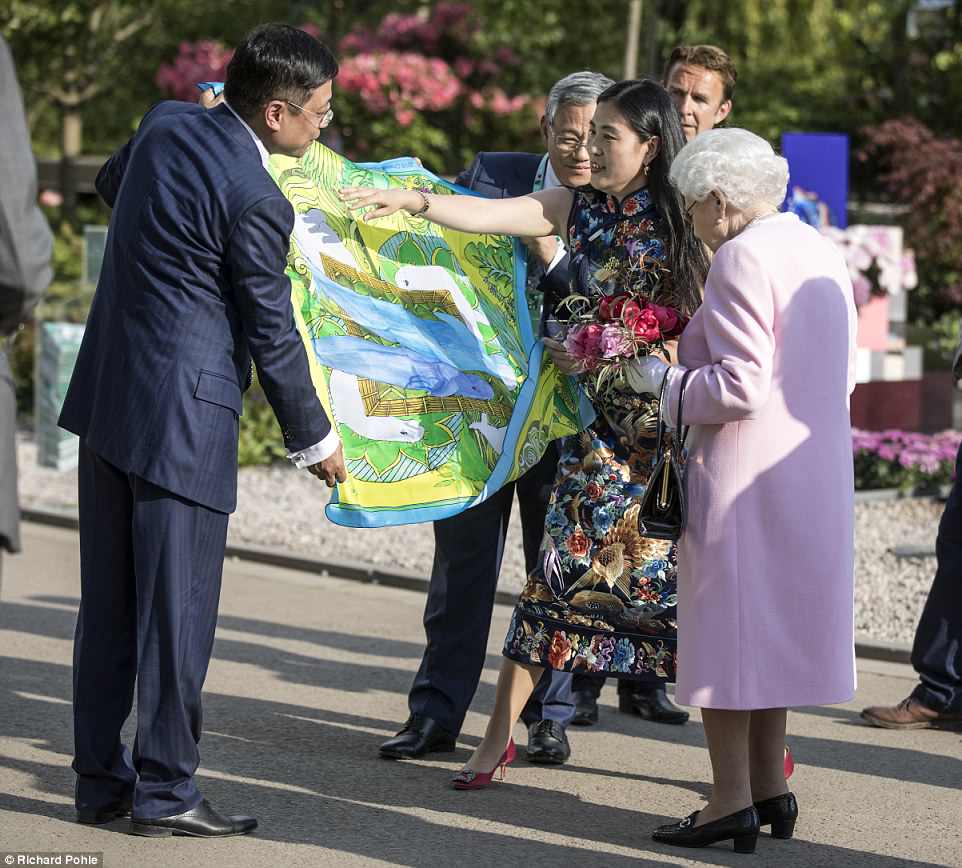 As usual Britain’s Queen Elizabeth has been given a sneak preview of the gardens and floral displays at the prestigious Chelsea Flower show in London.