Home » Education » Redis vs. Kafka What Are The Differences? 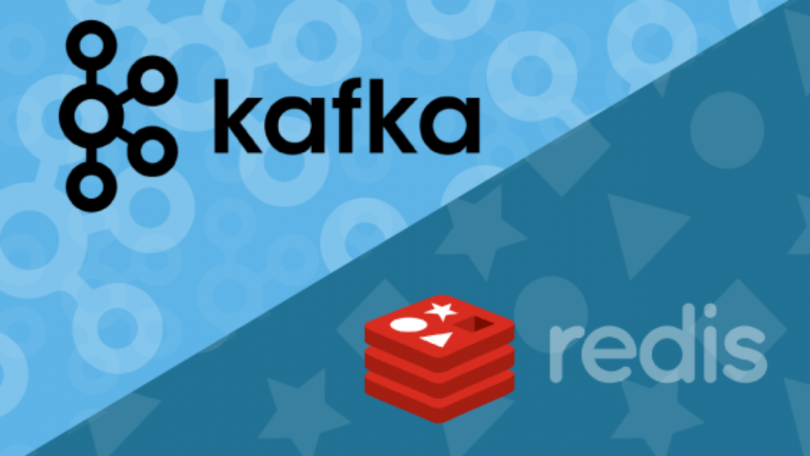 The demand for real-time data streaming applications today is the highest ever witnessed. At the same time, there is a rising demand for applications that can effectively handle the increasing volumes of event logs collected from various data sources.

Such applications are effective for real-time monitoring, data analytics, online trading, risk assessment, and fraud detection among other functions.

From data ingestion, processing, to delivery, an effective solution that meets business application requirements should be able to manage vast amounts of data to deliver the desired business insights for business operations.

Data that is produced by an application can either be stored, partitioned, and indexed for later use or processed real-time as it comes depending on business needs.

As technologies continue to evolve, new structural and performance features continue to be developed and more frequently for open source technologies like Redis and Kafka, two popular log aggregation tools. As such developers with Redis and/or Kafka certification stand good prospects in their careers.

For this reason, it is often referred to as a data structure server, because its keys support hashes, strings, lists, sets, and sorted sets.

The function of the Redis Server is to store data in-memory. Redis Client, on the other hand, is the API that is responsible for transmitting data to the server. Redis clients are written in several languages making it possible to write custom programs for data transmission.

Unlike other databases that store data on disk, data is stored in memory in Redis. This makes data access fast as delays associated with accessing data from the disk are eliminated.

This, in fact, is the reason why Redis boasts as fast speed as a high sub-milliseconds response time which allows it to handle millions of requests within a single second.

Redis is also relatively easy to use which is why it is preferred the world over for real-time data processing.

Redis is appropriate for situations in which

Kafka is an open-source distributed messaging system that works by publishing and subscribing streams of messages based on their partitions and topics.

It flaunts fault-tolerance, high-throughput, high scalability, as well as parallel processing. These are the main selling points of Kafka to developers. Kafka in itself is not a database hence does not store messages.

Data is stored in separate databases such as HDFS or HBase from where it is retrieved as it comes and processed in real-time.

As it uses disk storage, loading messages for publishing may be slower than in Redis which uses in-memory storage. On the other hand, however, disk storage is typically larger thus data can be stored in large volumes for longer periods.

The Kafka messaging systems are organized in terms of:

Messages are divided into topics which are further broken down into partitions.

These are subcategories of topics that have been indexed and are allocated an incremental ID known as offset.

This refers to servers in a Kafka cluster whose function is to receive messages from the producer, assign them an offset, and commit them. Each partition is replicated across several servers to build fault tolerance.

Subscribe to and read topics committed by the brokers. There are often several consumer instances to allow for fast and easy scalability.

Kafka Is Best Suited For Situations In Which

Redis and Kafka both have similarities and differences. The main similarity between the two is in their function as they are both streaming data technologies. Also, they are both open-source platforms. On the flipside,

There are several differences between the two in form, structure, way of functioning, performance, and other features.

Redis is a ‘fire and forget’ system designed as a short term storage solution for cases that do not need storage of messages that have been delivered to the consumers. It is, in other words, limited in memory.

Also, it is not a distributed system, something that lowers its throughput. This makes Redis ideal as a real-time online messaging tool where messages are done away with as soon as they are delivered to create space for incoming messages.

Kafka, on the other hand, is designed for cases that require persistent storage of data. This means that it can function as a queue.

It is also a distributed system thus several producers and consumers function parallel. This makes Kafka an ideal system for high-volume data processing uses for instance batch processing. Data can also be reprocessed when the need arises.

Being an in-memory data store, Redis memory is limited. As such, it cannot handle large volumes of data.

Kafka is a distributed disk storage. This allows it to handle and retain huge volumes of data.

Redis is a push-based subscription system. It has a built-in command that automatically generates messages and delivers them to the subscribed clients.

Kafka is a pull-based system in which rather than published messages being delivered to clients, they are categorized into topics and further to partitions. Clients then subscribe to topics.

In terms of throughput and latency, Kafka scores well with high throughput in its node clusters. However, because data is stored in the RAM unlike in Redis, Kafka processes experience high latency. However, given adequate memory, Redis throughput can be improved.

While Redis throughput is lower than that of Kafka, it has much lower latency because data access is faster in-memory than from the RAM.

Rated by GitHub stars and forks, Redis appears to be the more popular technology with 37.4k stars and 14.4k forks in GitHub compared to Kafka’s 12.7k stars and 6.8k forks. Redis also has built a good name among developers. Still, this is not such a huge margin which indicates that they are both popular based on their use cases.

Redis has attracted some big names like Airbnb, Instagram, and Uber technologies. Kafka has also attracted Uber Technologies as well as Spotify and Slack.

The Above Comparisons Between Redis Vs Kafka Summarized In A Table

Where you want instant message delivery to consumers without having to retain it in the system after delivery, Redis becomes a viable technology.

You will however have to work with limited storage. Kafka on the other hand is designed for high throughput, the persistence of messages, and huge volumes of data situations. For this reason, the best tool will depend on the purpose intended for it.