Home » Sports » 5 Fastest Deliveries In The History Of IPL 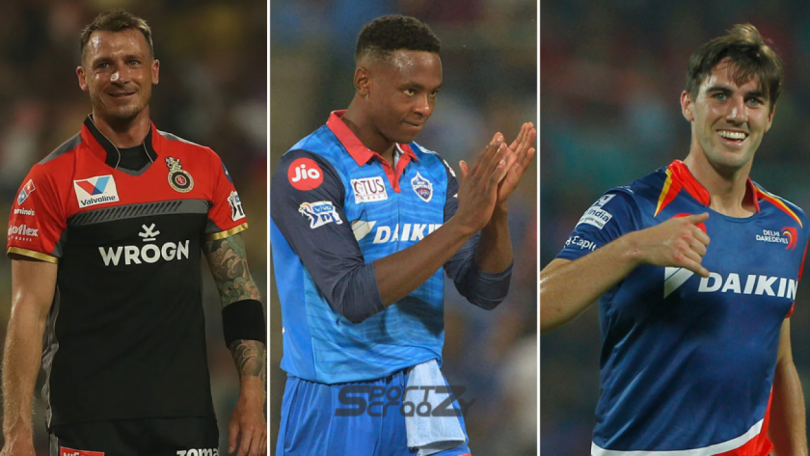 IPL is around the corner and as we eagerly await it, here is something to know about bowlers.

Fast-paced bowlers are usually tough to find. They are the rarest breeds of players who give shivers to the batsmen with their bowling skills.

Fast-paced bowlers are, therefore, in much demand, and some like Pat Cummins was quickly picked up by Kolkata Knight Riders this season.

Fast bowling is one that clocks over 140-150, and that too consistently is tough. This is probably why such bowlers are much in demand.

IPL gives the bowlers a chance to showcase their true potential. A lot of new records have been set up in various seasons. Here we are going to share with you 5 Fastest deliveries in the history of IPL.

Last year was a breakthrough year for Kagiso as a bowler. His achievements were finally noticed as he swiped 25 wickets in 12 games.

He averaged at a rate of 14.72 and had a strike rate of 11.28. Apart from that, he also remained one of the fastest bowlers in world cricket.

His deliveries did manage to cross the 150 barrier many times. However, on one occasion, it reached 153.5, which is truly commendable.

You May Also Like : Top 5 T20 Records Which Are The Blast For Cricket History

Australian pacers are famous for slaying the ball. Pat Cummins in 2017 bowled at a record 153.56 while playing in the Delhi Daredevils team. During that season, he managed to pick up 15 wickets in 12 matches.

Pat’s average remained 24, and the economy was around 8.07. Now he is again coming back to IPL after a gap of two years.

Kolkata Knight Riders picked him up at 15.5 crores as the most expensive purchase this season. To justify this high price, Pat would indeed have to work rather hard.

Another gem delivery from the pacer. This brilliant bowling led to Delhi reaching the semi-finals though they lost the match to CSK after that. Led by Shreyas Iyer and coached by Ricky Ponting, the team performed brilliantly.

Kagiso bowled this third-fastest delivery, which was considered unbelievable at that time. Since Dale Steyn and Vernon Philander Kagiso is the bowler that the South African team can rely on.

He storms the second position as well. In 2019 Rabada bowled the top 4 fastest balls. His fastest ball came at a stunning 154.23 kph. Another yorker came in a match against Delhi where a super over was being conducted.

Rabada was able to blow away the stumps of Andrew Russel, who is a rather good batsman otherwise. Despite this, he lost the Purple cap to Imran Tahir as he managed one wicket less than the former.

You May Also Like : 15 Best Apps To Watch Live Cricket Stream And Score On Android & iOS

Steyn is a legend, and that is why his delivery remains on top of the list. With his hostile deliveries and strong attack, prowess Steyn has made many batsmen buckle down under pressure.

Even if he is not performing as per his capacity, Steyn remains a nightmare for the opposing team.

In 2012 in a match against Deccan Chargers, Steyn managed this absolute fine delivery. During that season, Steyn bowled three out of the four fast deliveries.

In 2014 again as he played for Sunrisers Hyderabad Dale bowled the quickest delivery of the season.

Dale took four wickets in two matches and a crucial Suresh Raina wicket too. Hopefully, he will stun the viewers this season as well.