The four-part Disney Channel movie series is one of the best things about Halloween. Or, the first three movies are, anyway. But there’s another great, often-overlooked classic you should be watching this month.

1. Halloweentown Was A Four-Part Disney Channel Movie Series That Aired Between 1998 And 2006, And It Was Perfect. And We All Know That Disney Channel Originals Were The Best Movies That Ever Were. 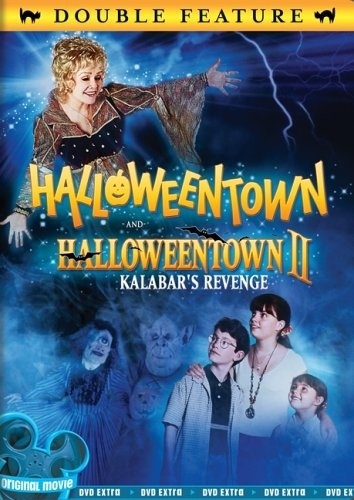 2. The Series Started Off With A Girl Named Marnie Piper Who, On Her 13th Halloween, Learns That She Is A Witch, Who Will Be Trained By Her Grandmother Aggie. Basically Every Preteen Girl’s Dream. 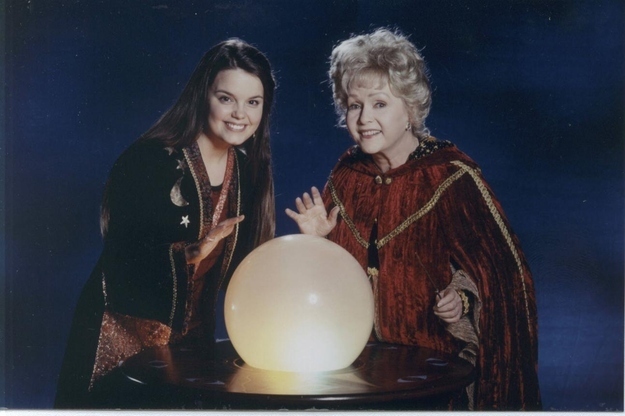 3. Aggie Takes Marnie To Halloweentown, Which Is An Alternate Universe Created By And For Witches/Wizards, Skeletons, Vampires, Trolls, Goblins, Etc. 1000 Years Ago To Escape Human Persecution. It’s A Town Where It Is Basically Always Halloween. Think Of All The Candy. 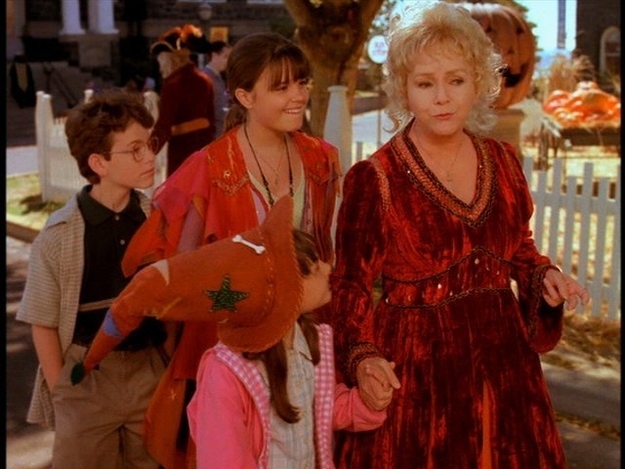 4. The Town Cab Driver Is A Comedian Skeleton. His Name Is Benny.

5. Marnie Is The Perfect Oddball Protagonist.

6. And Grandma Aggie Crowell Is The Perfect Wise Role Model.

8. And A Hair Dryer That Was Actually A Flamethrower. 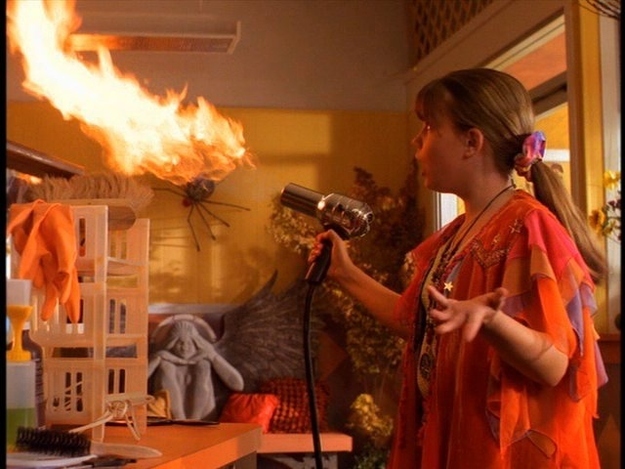 9. You Had A Crush On Luke The Goblin Boy And Didn’t Know Why, But It Turns Out It’s Because He KIND Of Looked Like Ryan Lochte? 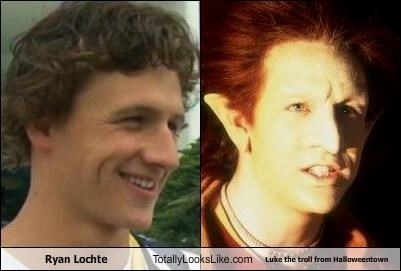 10. Also He Was Totally Adorable In Human Form. 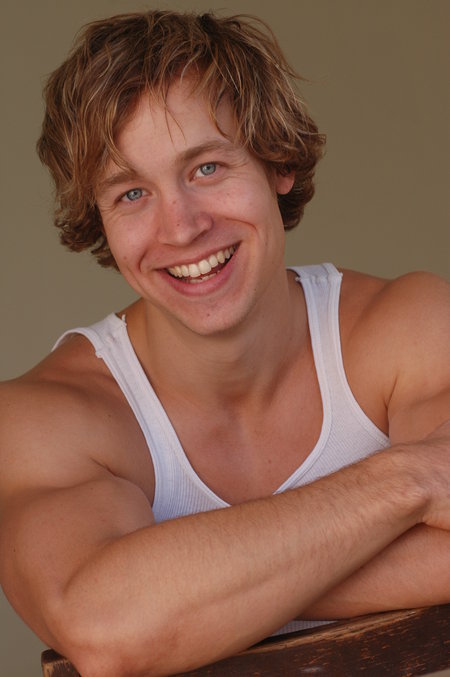 11. And Obviously Marnie Was Pretty Crushable Too. Girl, PLEASE. You Know That’s Not True.

12. Halloweentown Has A Wall That Faces Pop Out Of, Which Is Great.

13. The First Movie’s Bad Guy (Kalabar) Was Terrifying, Which Is How It Should Be In A Halloween Film. It Turns Out He’s The Town Mayor, And Also Marnie’s Mom’s Ex-Boyfriend. Dramaaaa!!! 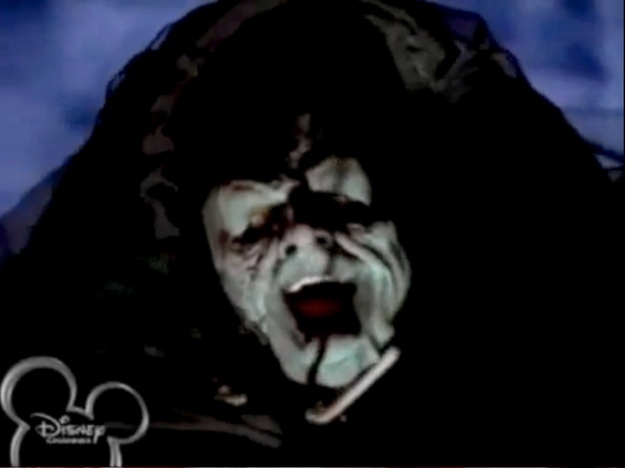 14. The Second Movie’s Villain Is Named Kal, Whom Marnie Has A Crush On Because Cromwell Witches Love Bad Boys. Hmmm ,”Kal.” Wonder If He’s Got Any Relation To Kalabar? 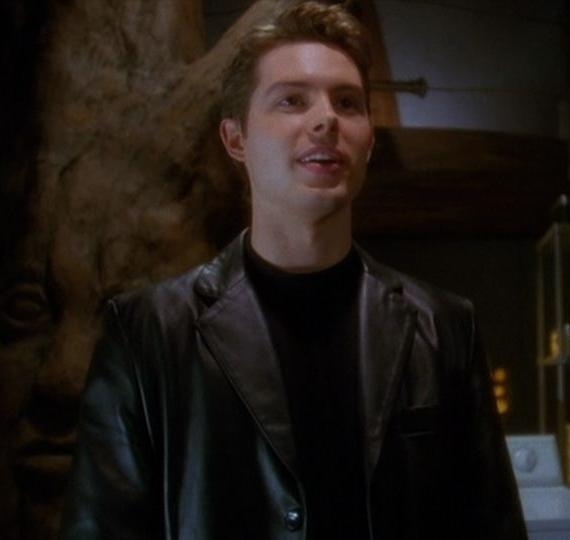 15. And In That Installment, Halloweentown Has Been Turned Black And White. So Spooky! 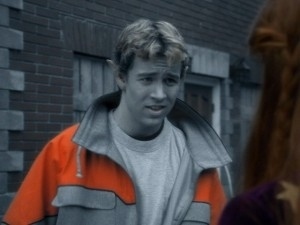 16. The Third Movie, Halloweentown High, Is About Marnie’s Efforts To Create Integration Between Halloweentown And The Mortal World.
Progressive! 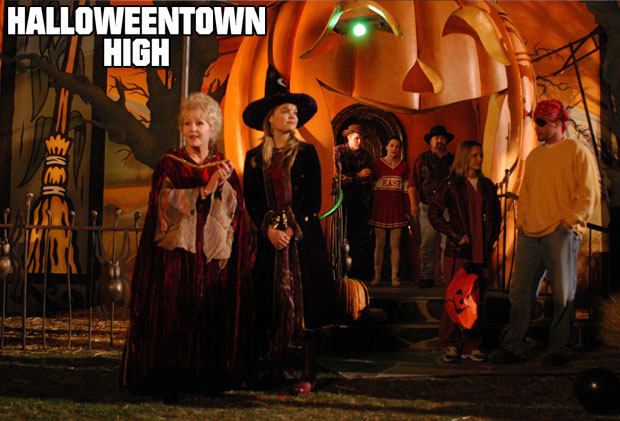 17. This One Also Groomed A Few Future High School Musical Stars, For Which We Owe It Immensely. Olesya Rulin (The Pink Troll) Played Kelsi In The HSM Movies, And Lucas Grabeel (Far Right) Played Ryan Evans. 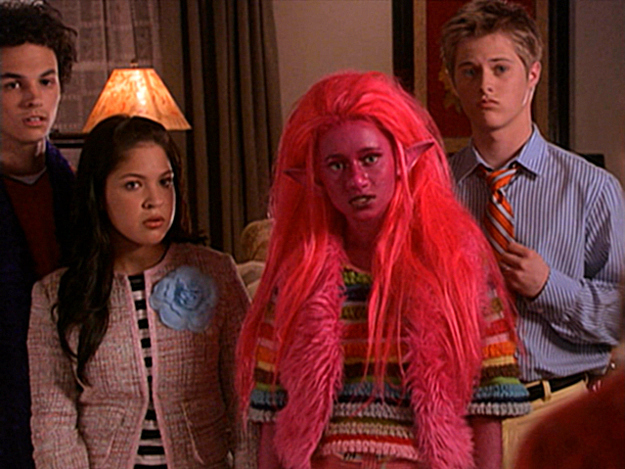 18. The Fourth Movie, Return To Halloweentown, Swapped In A False Marnie And Is Best Left Ignored. You Did This To Us With Zenon’s Best Friend In Zenon: The Zequel, Disney. You Cannot Do It To Us Again. 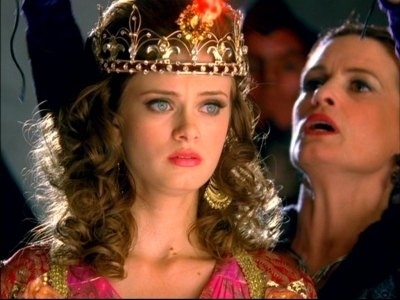 19. Still, Other Witch-And-Ghost-Themed Movies Might Be Seasonally Appropriate, But None So Much As Halloweentown.

Halloween Movies To Watch On TV This October

October has arrived, and that means Halloween movies and marathons are on the way! From Freeform’s ’13 Nights of Halloween’ to AMC’s ‘Fearfest,’ this is what you need to watching in October! 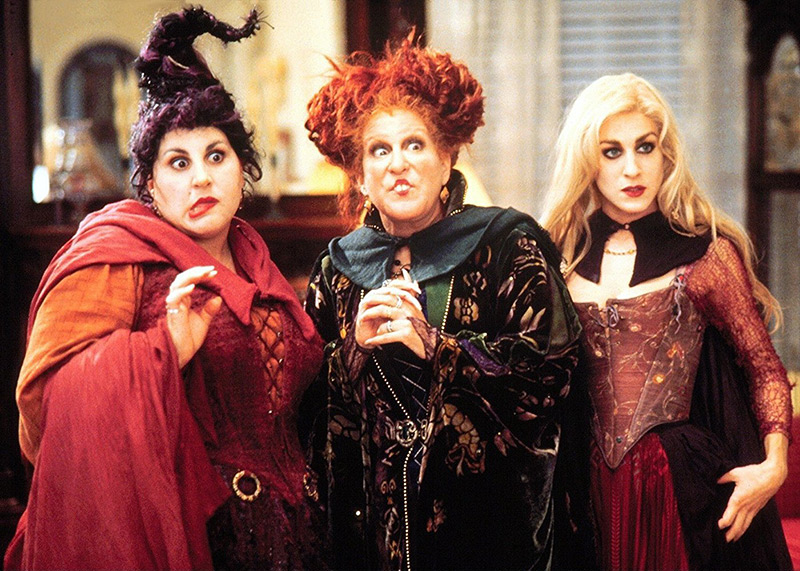 Halloween always brings out some of the best TV specials and marathons. The witching hour is upon us, and now we have your go-to guide for what’s on TV in October 2017. The highly-anticipated Stranger Things season 2 will premiere on Oct. 27. That same day, The Simpson’s Treehouse of Horror XXVIII will air on FOX. Tom Hanks will be reprising his role as David S. Pumpkins from SNL for an animated special, which will air on Oct. 28. Over on CBS, Michael Jackson’s Halloween will air on Oct. 27. The special will feature the King of Pop’s best music as the soundtrack to the story about two kids and a dog who find themselves on a haunted hotel adventure. 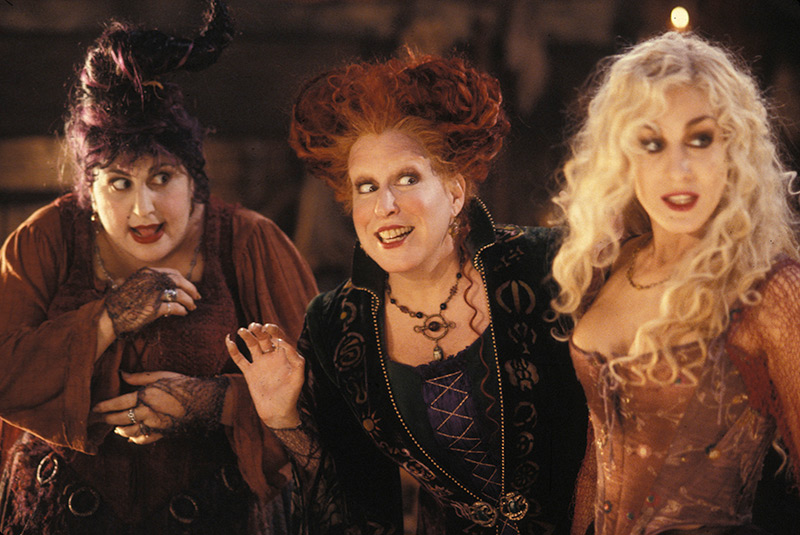 In addition to the TV specials, there are a number of Halloween movie marathons airing this month as well. Most of these marathons will begin towards the end of the month, but there are some marathons starting as early as the first day of October. Here’s a rundown of the best Halloween marathons we know about so far.

You May Also Like 15 Halloween Party Games That Will Spook Your Guests, Not Your Wallet 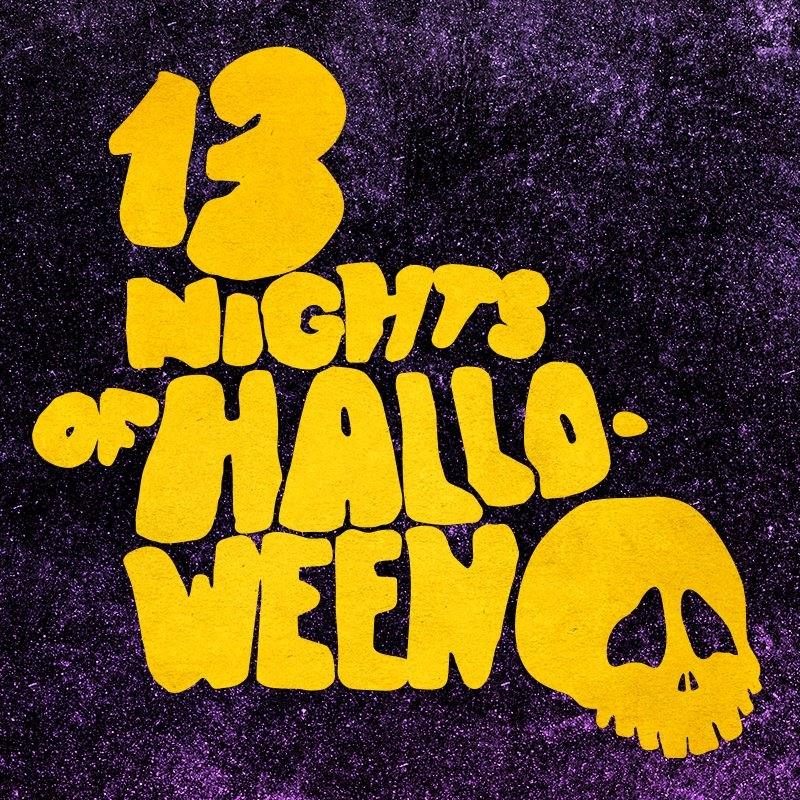 This marathon is a Halloween staple. Starting Oct. 19, Freeform will begin airing some of your favorite spooky movies. Yes, this means Hocus Pocus will be on repeat multiple times until Oct. 31, when it will air non-stop starting at 12 p.m. ET. Other family-friendly movies like Sleepy Hollow, The Nightmare Before Christmas, The Addams Family, and Frankenweenie will also be airing. Click Here For Movie… 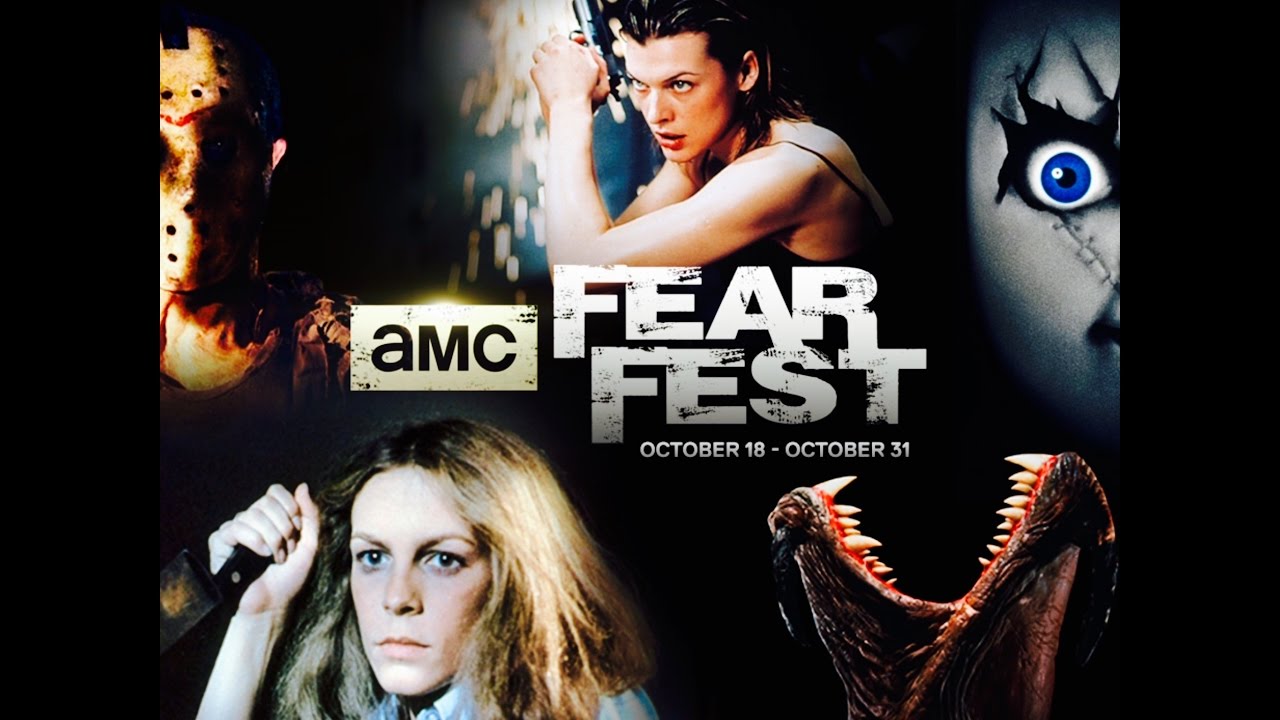 The annual event will begin on Oct. 7 with Girl Vs. Monster airing at 11 a.m. The full schedule hasn’t been released yet, but you can expect fan favorites like Halloweentown and Halloweentown II: Kalabar’s Revenge to air at some point. Click Here… 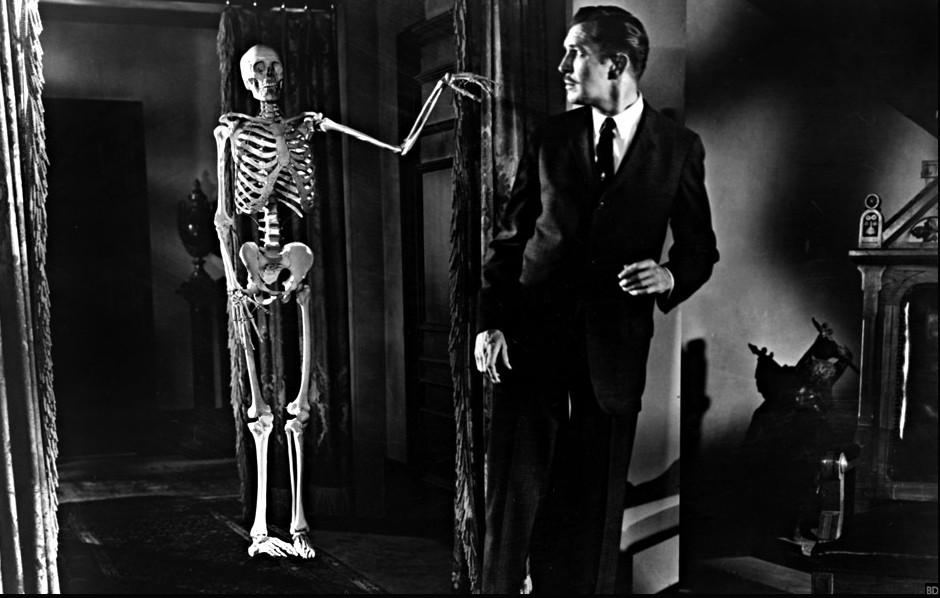 Tuesdays in October: Turner Classic Movies will be celebrating Halloween all month long with spooky movies from years past, including Nosferatu, Bride of Frankenstein, The Old Dark House, White Zombie, House of Dracula, The Bad Seed, Children of the Damned, Thirteen Ghosts, Psycho, Poltergeist, and more. Check Out Here… 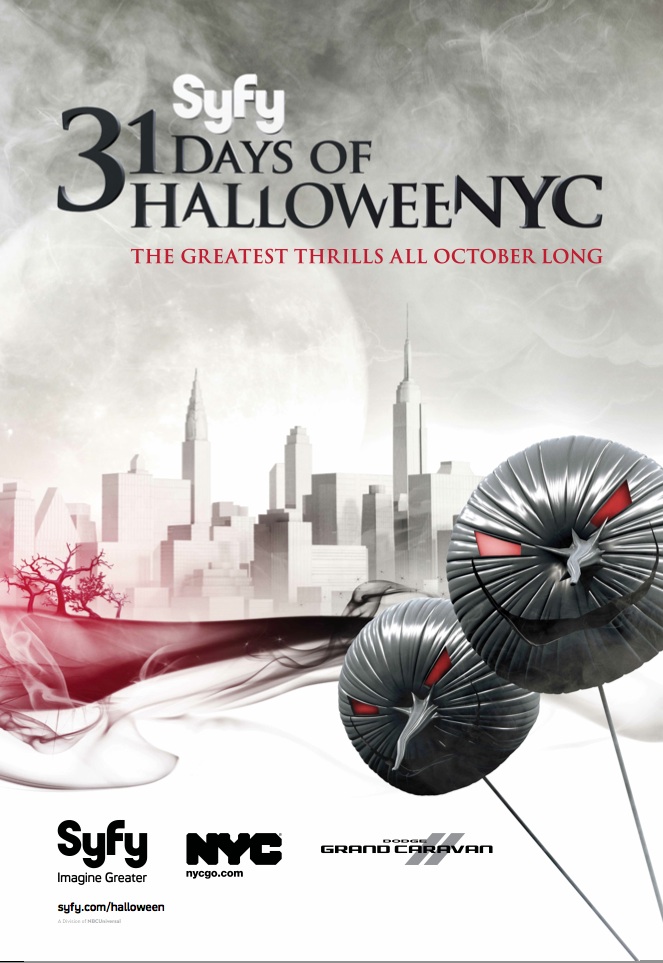 The network will be airing some of your favorite horror and sci-fi movies like Blade Runner, Cabin Fever, Nightmare on Elm Street, and The Sixth Sense. Click Here…

AMC is bringing back its annual event again this year. This year, Fearfest officially begins this year Oct. 23 and lasts up until Halloween. Halloween, Nightmare on Elm Street, Friday the 13th, Child’s Play, Leprechaun, and Dawn of the Dead are just a few of the movies that will air this month.