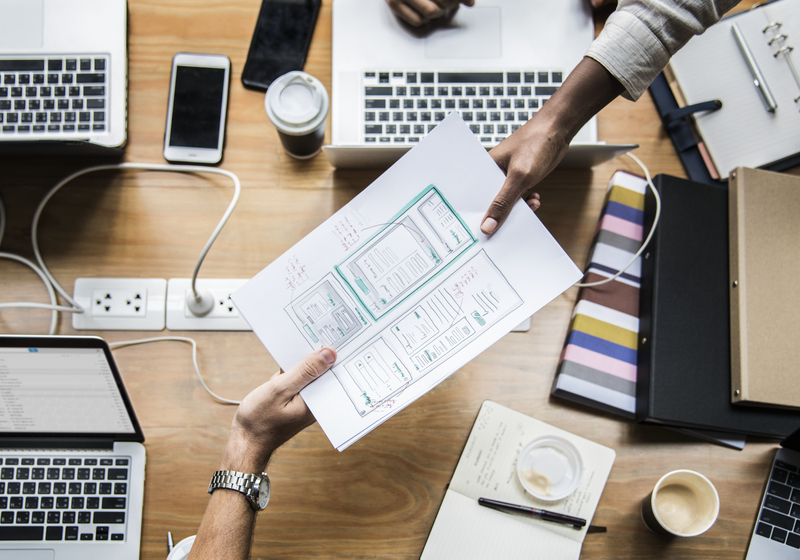 As an app developer, you will use programming languages to construct, test, and develop mobile apps.

Your responsibilities also include coding, designing, and debugging. Cross-platform development allows for the construction of software apps that are interoperable with a variety of mobile operating systems.

React Native is one such cross-platform development kit that has quickly become the most popular option for many app developers.

Here are some of the benefits of using React Native as your next app development framework:

App developers must use Swift/Obj-C for iOS and Java for Android to build mobile applications. React Native, on the other hand, removes the need for the duplicate effort by using just one code language for both operating platforms.

A single development platform allows for a uniform user experience across many platforms while also reducing app development time.

React Native was used to creating Facebook’s mobile app. The success of the Facebook mobile app attests to React Native’s efficiency and performance.

React Native is always being developed and improved. Both Facebook and the large React Native community are always trying to improve the technology.

As a result, if you encounter difficulties that you cannot handle now, chances are you will be able to solve them within the next few months! Microsoft, for example, inspired React Native to build their own clone, React Native for Windows.

React Native is an open-source framework that gives developers free access to all necessary docs. This enables you to contribute to the framework as required.

Code That Is Reusable

You need not require separate code for multiple platforms when utilizing React Native. Instead, you may utilize your JavaScript-based pre-built libraries.

This functionality alone helps to enhance application consistency and stability while increasing efficiency and lowering expenses.

Reloading On The Fly

As an app developer, you are well aware of the difficulties that come with dealing with code modifications. React Native has a hot reloading capability that allows developers to work successfully with code updates.

Nothing beats the performance of their applications, according to the Reactive Native developer community.

A Framework That Is Adaptable

Gymnasts aren’t the only ones who need to be flexible. App developers, too, need adaptable frameworks! A more flexible architecture fosters a more collaborative atmosphere in which different developers may readily contribute to app development.

Collaboration shortens development time and produces programs that can be used and maintained on several platforms.

Most app developers have creative freedom when it comes to creating individualized user interfaces.

React Native allows for a high degree of customization and supports a wide range of styles and UI needs. User retention is always a problem, and React Native applications have a significant edge in this regard.

React Native makes use of native UI components to guarantee that each project has a native appearance and feel.

Ensuring a uniform user experience on both the iOS and Android platforms is critical for developing highly effective mobile apps, and this is what distinguishes React Native as a business-friendly technology.

To recap, React Native is the solution to all of your app development problems. By selecting React Native, you will be able to work with an open-source framework.

Our team Relevant will offer you native app development solutions that are efficient, high-quality, time-saving, and cost-effective, allowing you to make remarkable business changes.