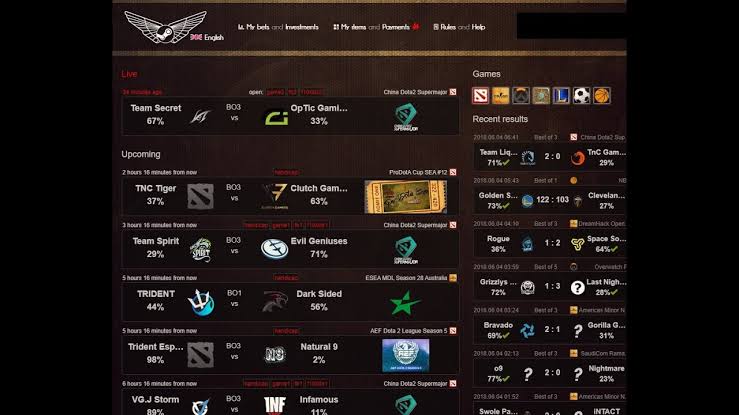 It goes without saying that Dota 2 is an amazing game, capable of uniting people all over the world, so to speak. On the eSports stage, Dota 2 is pretty much the main event – in fact, it is one of the games that boosted the popularity of the eSports industry.

However, behind the industry and behind the Dota 2 matches we have the real legends – the Dota 2 players. Most of the time, we hear about the winning teams, but rarely about those players that stood out, so to say!

Therefore, today we’ll be talking about the best Dota 2 players of all time!

The first entry on our list is considered by most people the best Dota 2 player of all time! Playing mainly as a Captain or Support, with heroes like Lo, Rubick, and Visage, KuroKy managed to earn roughly $4.2 million during the course of his career.

He played for Virtus.pro, Natus Vincere, and Team Secret – but is not fully committed to Team Liquid.

Puppey is one of the oldest Dota 2 players – not because of his age, but because he’s been playing the game before its official release as Dota 2. He is also one of the three people that have competed in every single International event!

During his 12-years career, Puppey round up roughly $2.3 million in earnings and became known as the first player to win not one, but two Valve events! He is currently fighting alongside Team Secret.

Miracle- is one of those players that make the enemy team ban a specific hero – just because he played it so well! During his first Major Dota 2 tournament, his performance on Shadow Fiend made the other competing teams ban the hero – out of respect, obviously.

With a total of $3.7 million earned so far, Miracle- is one of the newer Dota 2 players – as he started his career in 2015. He is currently playing for Team Liquid.

Well, if you’re going to engage in some Dota 2 betting, now you know exactly who you should bet on – in terms of where, you can head on to https://dota-bet.com/.

The three mentioned above are known as the best overall, but keep in mind that they are not all that Dota 2 has to offer in terms of good players!

While KuroKy is known as an innovational player, Puppey as a great Support, and Miracle- as a beast on Shadow Fiend, many other Dota 2 professionals deserve a round of applause, especially if they got to play in the 9th edition of the International!

After all, playing in a tournament that has a $30 million prize pool is just enough to make you one of the best Dota 2 players in the world!