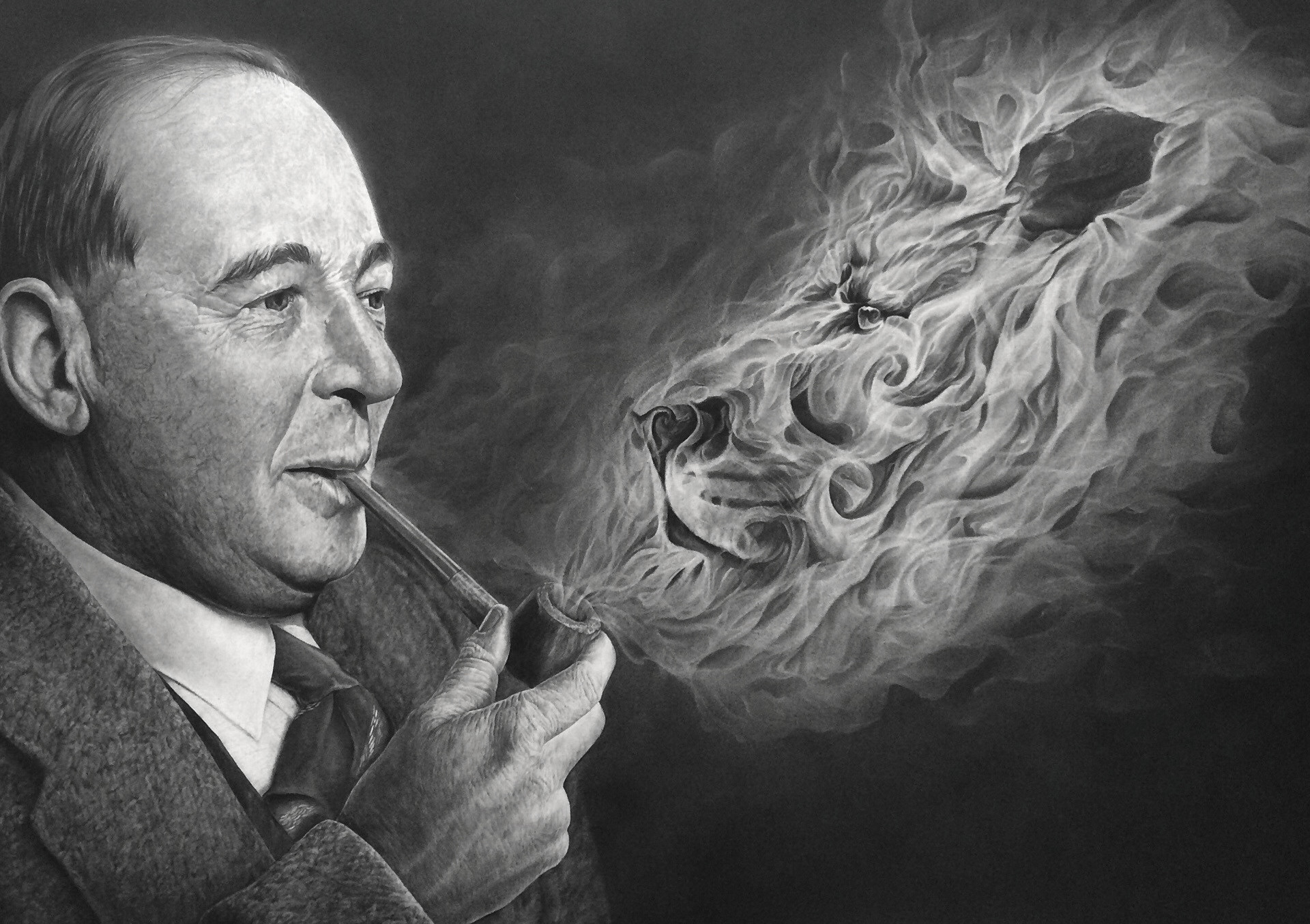 2. “You can never get a cup of tea large enough or a book long enough to suit me.”-C.S. Lewis

3. “To love at all is to be vulnerable. Love anything and your heart will be wrung and possibly broken. If you want to make sure of keeping it intact you must give it to no one, not even an animal. Wrap it carefully round with hobbies and little luxuries; avoid all entanglements. Lock it up safe in the casket or coffin of your selfishness. But in that casket, safe, dark, motionless, airless, it will change. It will not be broken; it will become unbreakable, impenetrable, irredeemable. To love is to be vulnerable.”-C.S. Lewis

4. “Some day you will be old enough to start reading fairy tales again.”-C.S. Lewis

5. “I believe in Christianity as I believe that the sun has risen: not only because I see it, but because by it I see everything else.”-C.S. Lewis

7. “If we find ourselves with a desire that nothing in this world can satisfy, the most probable explanation is that we were made for another world.”-C.S. Lewis

8. “The Christian does not think God will love us because we are good, but that God will make us good because He loves us.”-C.S. Lewis

9. “Friendship is unnecessary, like philosophy, like art…. It has no survival value; rather it is one of those things which give value to survival.”-C.S. Lewis

10. “Eating and reading are two pleasures that combine admirably.”-C.S. Lewis

11. “Imagine yourself as a living house. God comes in to rebuild that house. At first, perhaps, you can understand what He is doing. He is getting the drains right and stopping the leaks in the roof and so on; you knew that those jobs needed doing and so you are not surprised. But presently He starts knocking the house about in a way that hurts abominably and does not seem to make any sense. What on earth is He up to? The explanation is that He is building quite a different house from the one you thought of – throwing out a new wing here, putting on an extra floor there, running up towers, making courtyards. You thought you were being made into a decent little cottage: but He is building a palace. He intends to come and live in it Himself.”-C.S. Lewis

14. “We are not necessarily doubting that God will do the best for us; we are wondering how painful the best will turn out to be.”-C.S. Lewis

15. “A man can no more diminish God’s glory by refusing to worship Him than a lunatic can put out the sun by scribbling the word ‘darkness’ on the walls of his cell.”-C.S. Lewis

16. “There are far, far better things ahead than any we leave behind.”-C.S. Lewis

17. “Love is not affectionate feeling, but a steady wish for the loved person’s ultimate good as far as it can be obtained.”-C.S. Lewis

18. “I am trying here to prevent anyone saying the really foolish thing that people often say about Him: I’m ready to accept Jesus as a great moral teacher, but I don’t accept his claim to be God. That is the one thing we must not say. A man who was merely a man and said the sort of things Jesus said would not be a great moral teacher. He would either be a lunatic ” on the level with the man who says he is a poached egg  or else he would be the Devil of Hell. You must make your choice. Either this man was, and is, the Son of God, or else a madman or something worse. You can shut him up for a fool, you can spit at him and kill him as a demon or you can fall at his feet and call him Lord and God, but let us not come with any patronizing nonsense about his being a great human teacher. He has not left that open to us. He did not intend to.”-C.S. Lewis

20. “Pain insists upon being attended to. God whispers to us in our pleasures, speaks in our consciences, but shouts in our pains. It is his megaphone to rouse a deaf world.”-C.S. Lewis

21. “Atheism turns out to be too simple. If the whole universe has no meaning, we should never have found out that it has no meaning…”-C.S. Lewis

22. “It is a good rule after reading a new book, never to allow yourself another new one till you have read an old one in between.”-C.S. Lewis

24. “I have learned now that while those who speak about one’s miseries usually hurt, those who keep silence hurt more.”-C.S. Lewis

28. “What draws people to be friends is that they see the same truth. They share it.”-C.S. Lewis

30. “I didn’t go to religion to make me happy. I always knew a bottle of Port would do that. If you want a religion to make you feel really comfortable, I certainly don’t recommend Christianity.”-C.S. Lewis

31. “It would seem that Our Lord finds our desires not too strong, but too weak. We are half-hearted creatures, fooling about with drink and sex and ambition when infinite joy is offered us, like an ignorant child who wants to go on making mud pies in a slum because he cannot imagine what is meant by the offer of a holiday at the sea. We are far too easily pleased.”-C.S. Lewis

32. “God can’t give us peace and happiness apart from Himself because there is no such thing.”-C.S. Lewis