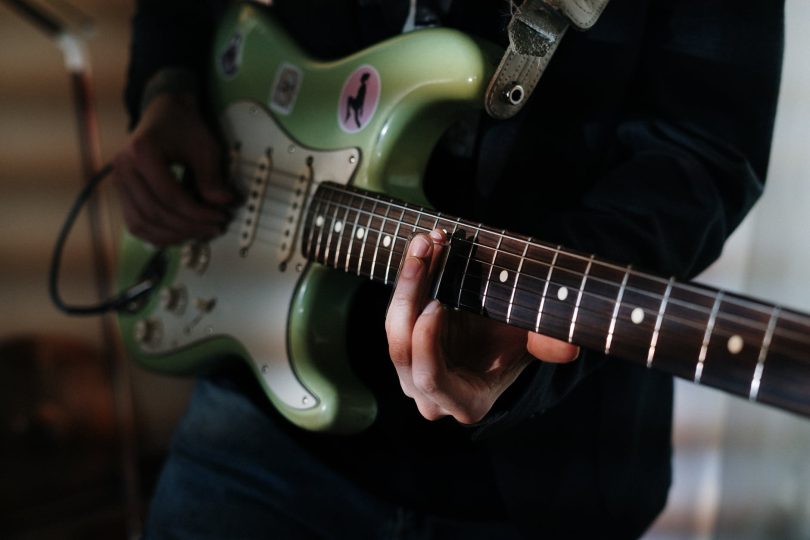 1. How do you make a bandstand?

Take away their chairs.

2. “Are you going to come along quietly, or do you want musical accompaniment?”

3. How many concertmasters does it take to change a light bulb?

Just one, but it takes four movements.

5. Why did the pianist keep banging his head against the keys?

He was playing by ear.

6. “I play all the right notes, but not necessarily in the right order.”

Because the keys are on the inside.

8. “The first time I sang in the church choir, 200 people changed their religion.”

9. What type of music are balloons afraid of?

11. What is a mummy’s favorite kind of music?

12. “When she started to play, Steinway came down personally and rubbed his name off the piano.”

13. Why did the music teacher go up the ladder during music class?

To reach the high notes.

14. “If life was fair, Elvis would be alive and all the impersonators would be dead.”

15. Why did the tortilla chip start dancing?

Because they put on the salsa.

16. “There’s more evil in the pop charts than an Al Qaida suggestion box.”

17. What kind of musical instrument do rats play?

19. What do you call a musical insect?

20. “My favourite band is called Cockles And Mussels. I saw them alive alive-o in concert.”

21. Why did the fish make such a good musician?

He knew his scales.

22. “Military justice is to justice what military music is to music.”

23. What is the most musical part of your body?

Your nose because you can blow and pick it.

24. “I went to a record store and asked for 50 Cent, they kicked me out for panhandling.”

25. What makes songs, but never sings?

26. “I used to jog but the ice cubes kept falling out of my glass.”

27. Why did the grandma sit in the rocking chair with her rollerblades on?

Because she wanted to rock and roll.

28. “Not seeing my physician for 20 years was one of those phobias that really didn’t pay off.”

29. Why did the chicken join the band?

Because he had the drumsticks.

30. “Australia’s gift to insomniacs… the blonde singing the bland.”

33. Which elf was the best singer?

36. “If you wanted to torture me, you’d tie me down and force me to watch our first five videos.”

37. What is a skeleton’s favorite instrument?

39. Why did Mozart get rid of his chickens?

41. Why couldn’t the athlete listen to her music?

She broke the record.

43. What makes music on your head?

44. “I met her in the museum of palaeontology. And I make no bones about it.”

45. What part of the turkey is musical?

46. “In the 60s, the record companies seemed to sign anything with long hair; if it was a sheepdog, so what?”

47. What is the difference between a fish and a piano?

48. “We only knew four chords, but we arranged them pretty well.”

49. What has forty feet and sings?