Home » 50 Dirty Jokes For Adults That Will Make You Laugh 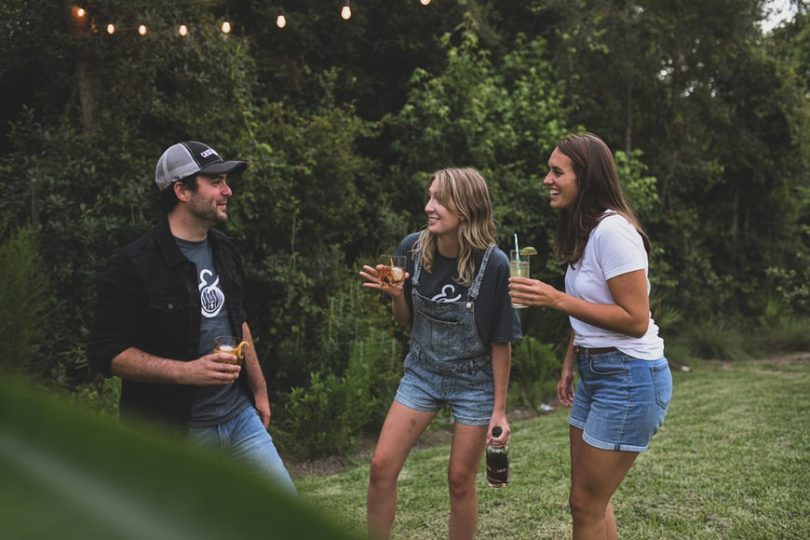 These 50 hilarious, obscene jokes are never fully suitable, regardless of the situation. But if you’re brave enough to deliver a punchline, you’ll be rewarded with chuckles. There’s no shame in laughing at or sharing an R-rated joke with your buddies. Adult dirty jokes, it turns out, are some of the most beautifully produced, genuinely laugh-out-loud jokes. So keep reading for some of the filthiest and funniest jokes we’ve ever heard.

We dare you not to laugh out loud when you read them to your pals. Make careful to mention them to your true pals, as only they will get these filthy jokes. So keep scrolling if you’re ready for some bizarre, nefarious, and hysterically funny jokes.

1. “You never know where to look when eating a banana.” -Peter Kay

2.“Recently my girlfriend asked me if I was having sex behind her back and I replied, ‘Yes, who did you think it was?” -Jimmy Carr

3. “I didn’t have sex at all, not a scrap til I was 67. And that was cos I’d no small change for the window cleaner.” -Victoria Wood

4.“If they’re making cakes for divorces, why not ‘Happy Menopause!’ ‘Mmm, it’s a bit dry. Why is there no jam? Have you run out of eggs?” -Russell Howard

5.“I accidentally filled the Escort with diesel. She died.” -Gary Delaney

6.“The only thing I can offer to put ladies at ease is that I am of no sexual threat whatsoever. I’m 42 years of age, I literally have to hit it with nettles. Sex with me these days is akin to thumbing marshmallows into the anus of a cat.” -Greg Davies

7.“Looking at my penis, I find it endlessly fascinating. It’s 46 years old, my penis. 46! It’s older than the Sydney Opera House, my penis!” -Rhod Gilbert

8.“I’ve never laughed a woman in to bed, but I’ve laughed one out of bed many times.” -Jack Whitehall

9.“People think I hate sex. I don’t. I just don’t like things that stop you from seeing the television properly.” -Victoria Wood

11.“I’ve got a boyfriend at the moment. Sometimes he’s there and sometimes he’s not. I prefer it when he’s not. Sex is a lot quicker.” -Sarah Millican

12.“I don’t like my boyfriend watching pornography. I do think it’s kind of a form of infidelity, because he’ll be imagining himself having sex with other women, and I don’t understand why he needs to watch it when I draw him such great vaginas.” -Sara Pascoe

14.“They say one in ten people want a sex toy for Christmas, and that’s a lie, isn’t it? You open presents in front of your family! Who’s there going, ‘What have you got, Nan? A b**t plug? Same here!” -Russell Howard

15.“I thought Coq au Vin was love in a lorry.” -Victoria Wood

16.“I’m very old now and I’ve got a body like a dropped lasagne. Women now look at my naked body in the same fearful way that pensioners look at snow.” -Frankie Boyle

17.“Remember to never answer a phone during sex, even if you hilariously answer with, ‘I can’t talk now, I’m going into a tunnel.” -Jimmy Carr

20.“Sex is like playing Bridge – if you don’t have a good partner, you better have a good hand.” -Peter Kay

21.“You should only have sex with a famous person if you really, really genuinely want to tell people about it afterwards.” -Sara Pascoe

22.“The annoying thing about Christmas is running out of batteries because the kids want them for their toys. I’m sorry, but if Christmas is coming – so am I.” -Sarah Millican

23.“A Christian friend of mine said that sex between two men is wrong in their eyes. I said, ‘You’re right, it’s supposed to be up the bum!’” -Gary Delaney

24.“Las Vegas and Glasgow have a lot in common: they’re the only two places in the world where you can pay for sex with chips.” -Frankie Boyle

25.“What kind of music do mummies listen to?” -Wrap music

26.“What do you call a video of two toads having sex? Frogspawn.” -David Ephgrave

27.“I went to buy a Christmas tree. The guy goes, ‘So you can put it up yourself?’ I said, ‘No, I was thinking the living room.” -Gary Delaney

28.“I lost my virginity under a bridge. I was having sex with this poor girl and I was trying my best, but I was like Scotland at the World Cup – just happy to be there.” -Russell Howard

29.“Not all sexual experiences have to be filled with anger. Just all in my experience.” -David Mitchell

31.“My Mum told me the best time to ask my Dad for anything was during sex. Not the best advice I’d ever been given. I burst in through the bedroom door saying, ‘Can I have a new bike?’ He was very upset. His secretary was surprisingly nice about it. I got the bike.” -Jimmy Carr

32.“From what I understand about child birth, it changes you ‘downstairs’. I like my downstairs the way it is thank you very much. I certainly don’t need an extension.” -Sarah Millican

33.“Foreplay is like beefburgers – three minutes on each side.” -Victoria Wood

34.“Do I believe in safe sex? Of course I do. I have a handrail around the bed.” -Ken Dodd

35.“Better sexy and racy, than sexist and racist.” -Stephen Fry

37.“I’m going out with an English teacher, which is a bit awkward because she keeps correcting my grammar during sex. She’s particularly annoyed at my improper use of the colon.” -Gary Delaney

38.“If women are so bloody perfect at multitasking, how come they can’t have a headache and sex at the same time?” -Billy Connolly

39.“The thing I don’t get about paedophilia… Why the hell do kids find old men in dirty raincoats so sexy?” -Frankie Boyle

40.“I’ve currently got a stalker. But you probably can’t tell in these trousers.” -Gary Delaney

42.“I got a DVD on how to improve your foreplay. I had to fast-forward through the boring bit at the beginning.” -Gary Delaney

44.“The young couple next door to me have recently made a sex-tape. Obviously, they don’t know that yet.” -Gary Delaney

47. Did you hear about the man who got turned into a giant penis?
He was a real dick about it.

48. Did you hear about the constipated accountant?
He couldn’t budget, so he had to work it out with a paper and pencil.

50. My girlfriend asked me if I smoke after sex…
I said I haven’t looked.