Home » 50 Dentist Jokes That Will Make You Laugh

1. When is the best time for a dentist appointment?

2. What’s the best time to go to the dentist?

3. What did the dentist say to Tiger Woods?

“You have a hole in one.

4. The dentist says my teeth are like a string of pearls.

Each one has a hole through it!

5. What do you call a dentist that doesn’t like tea?

6. Why did the two dentists get married?

Because they were so enameled of each other.

7. Did you hear about the Buddhist who refused to have an anesthetic injection when he was going for a filling?

8. Why does a dentist seem moody?

Because he always looks down in the mouth. 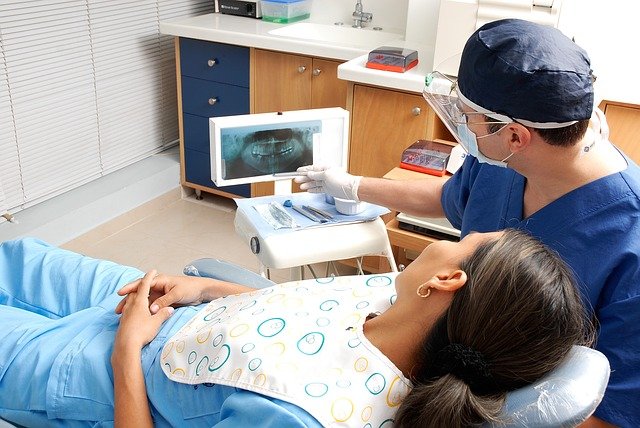 9. What does the dentist of the year get?

10. A man and a woman are traveling on a train.

Woman: Every time you smile, I feel like inviting you to my place.

Man: Nice! Are you single?

11. Why did the dentist make a poor date with the manicurist?

Because they fought both tooth and nail!

12. What did the werewolf eat after he’d had his teeth taken out?

Dishes. Dishes, who? Dishes how I talk since I lost my teeth!

To get his teeth crowned!

15. What’s a dentist’s favorite emote to use when they play Fortinet?

16. Did you hear about the dentist who planted a garden?

A month later he was picking his teeth.

17. What’s the difference between American and British dentists?

18. What do dentists and the TSA have in common?

19. Why did the yellow tooth not find the white tooth’s jokes funny?

Because he was already dead inside.

20. Has your tooth stopped hurting yet?

I don’t know; the dentist kept it.

I miss the days of being your age when my teeth were in my mouth 24/7!

23. What was the tooth called who went to Oxford University?

24. What did the tooth say to the departing dentist?

Fill me in when you get back.

25. Why did the dentist make a poor date for the manicurist?

They fought tooth and nail!

26. What do dentists call their x-rays?

27. Why did the Pharaoh visit the dentist?

Because Egypt his tooth….

28. What did Ash Ketchum say to his tooth when he pulled it out?

29. What game did the dentist play when she was a child?

30. Why couldn’t the dentist’s family find the spot where he was buried?

Because there was no plaque on it.

31. What did Al Gore say when he went to the dentist?

“I have an Inconvenient Tooth.”

32. My wife who was a dentist passed away.

33. What does a dentist do on a roller coaster?

34. When did the dentist become a brain surgeon?

When he dropped the drill.

35. Where do dentists move when they retire?

36. Why was the man arrested for looking at sets of dentures in a dentist’s window?

Because it was against the law to pick your teeth in public.

37. What is the dentist’s favorite movie?

Plaque to the Future.

He had buck teeth.

Because they are so filling.

40. Patient: Doctor, if I give up candy, pizza, popcorn and gum, will my braces come off sooner?

Dentist: Not really. It will just seem longer.

41. What do you call a dentist who doesn’t like tea?

43. Why didn’t the dentist ask his secretary out?

He was already taking out a tooth.

44. What do you call x-rays taken by a dentist?

45. What did the judge say to the dentist?

“Do you swear to pull the tooth, the whole tooth, and nothing but the tooth?”

46. A patient asked the dentist if it wasn’t nasty to spend the day with the hands in someone’s mouth.

The dentist answered “I just think of it as having my hands in their wallet.”

47. I’ve no idea why people hate going to the dentist so much.

In my opinion, it can be very refilling.

48. What did the dentist say to the judge in court?

“You can’t handle the tooth!”

49. What did the dentist say to the golfer?

50. How is going to the dentist like those movies where a character gets interrogated?

It’s pretty clear when you’re lying -and if you don’t come clean, you might lose a tooth.