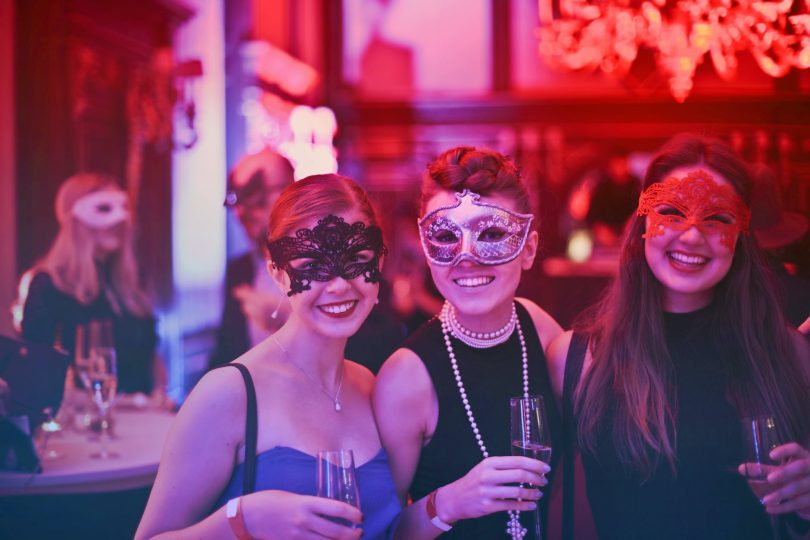 An evening out at your favorite bar is always a good idea until you’re confronted with an uncomfortable quiet. A clever joke is a terrific way of breaking the ice whether you’re out on a first date or hanging out with pals. When you have a few great bar jokes on hand, any time can be Happy Hour. When it comes to producing people laugh, the traditional “walks into a bar” scenario inspires innovation.

After all, having a bar joke is just about as fun as having a drink and joking about it. If, on the other hand, trying to recall at least one of these jokes leaves you with a blank line in your head, fret not: we’re here to help. We take pride in providing the most comprehensive, hand-picked, and carefully cultivated bar jokes list available.

1. Two deer walk out of a gay bar. One of them turns to the other and says, “I can’t believe I blew forty bucks in there.”

2. Why did the blonde bring a ladder to the bar?

-Because she heard the drinks were on the house.

3. The past, present, and future walk into a bar…

4. A hamburger walks into a bar.

“Hey, I’ve got a great new joke for you!” the barman says.

The NSA smiles. “Heard it.”

6. What do you call a boomerang that doesn’t work?

7. What do you call a guy who’s had too much to drink?

8. A mushroom walks into a bar and orders a drink, but the bartender yells at him to get out before he stinks up the place.The mushroom looks taken aback and says, “Why?

9. I heard a joke about chocolate bars and it wasn’t that funny.

So I just snickered…

10. A crab walks into a bar and says, “I’ll have a pint please, but if I’m not satisfied with it, I’d like to be compensated with ten bottles of champagne.”

The bartender says, “Why the big clause?” 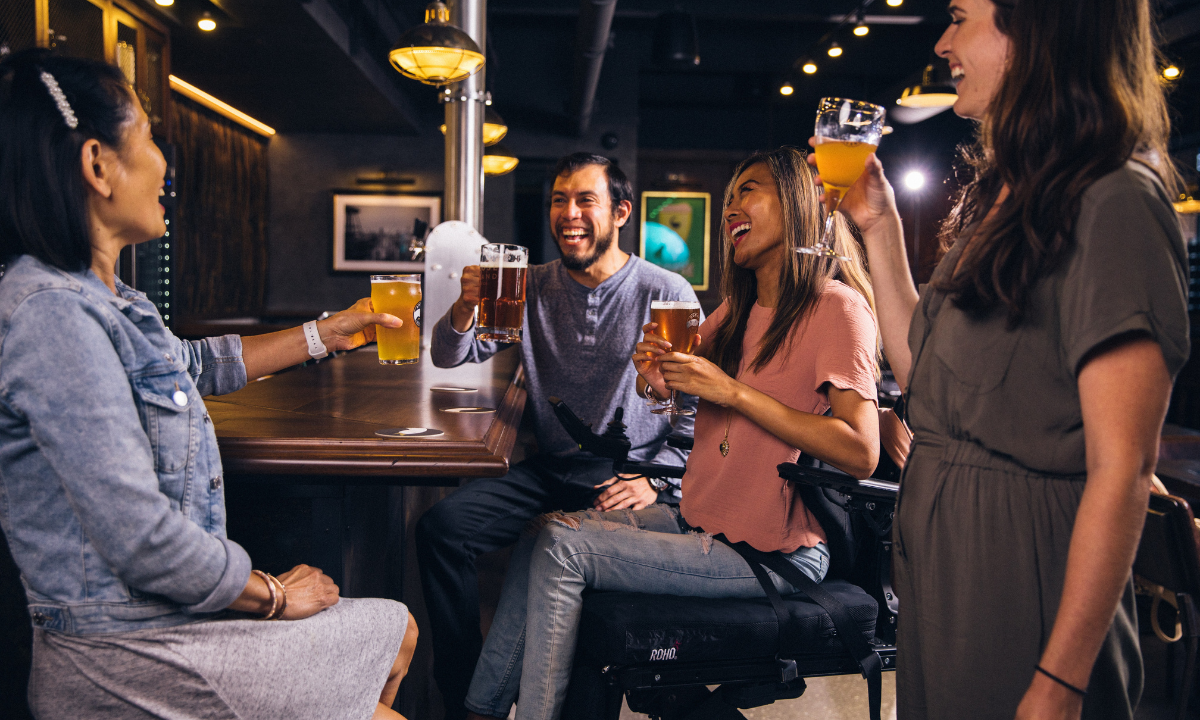 11. Descartes walked into a bar and ordered a beer. “Want another?”

asked the bartender. “I think not”, Descartes replied … then he disappeared.

And a table. And a door. And a staircase.

13. A sandwich walks into a bar. The bartender says, “Sorry, we don’t serve food here.”

14. I’ve reached the age where my prescription bill has caught up to my bar bill.

15. A Roman walks into a bar He holds up two fingers and says

“give me five beers.”

16. The past, the present, and the future walk into a bar…

Only one man came out alive.

18. E-flat walks into a bar. The bartender says, “Sorry, we don’t serve minors.

20. Two jumper cables walk into a bar. One of them says “We’d like a couple of beers, please.”

The bartender says “Okay, but don’t start anything.” 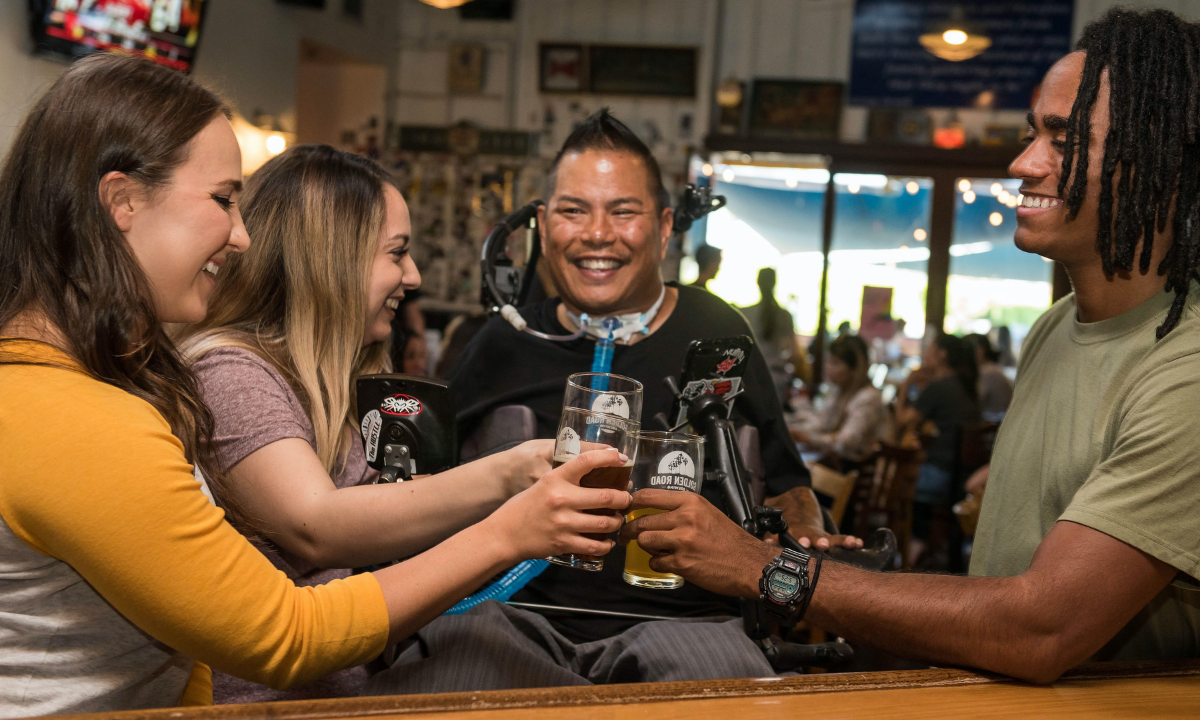 21. A panda, a cowboy, a man with a cat on his shoulder, and a time-traveler walk into a bar.

“What is this,” the bartender yells, “some kind of joke?”

22. A broke guy walks past a pub. He looks at the door longingly, but since he has no money, he walks on.

Just then, he spots a lamp lying in…

“May I push your stool in?”

24. A penguin walks into a bar. The bartender says, “So what will it be this time?”

The penguin doesn’t answer because it’s a penguin.

25. Two men walk into a bar you’d think the second one would’ve seen it.

You May Also Like To Read: 50 Fucked Up Jokes For Fucked Up People

26. A mixed metaphor walks into a bar, seeing the handwriting on the wall but hoping to nip it in the bud.

The price tag is a little rich for the patient, so…

28. A bartender says, “We don’t serve time travelers in here!”

A time traveler walks into a bar.

29. A weasel walks into a bar. The bartender says, “Wow I’ve never served a weasel before, what can I get you?”

30. A guy was in a bar drinking beer. He would finish his beer, pull out his wallet and look at a picture of his wife.

order another beer take out… 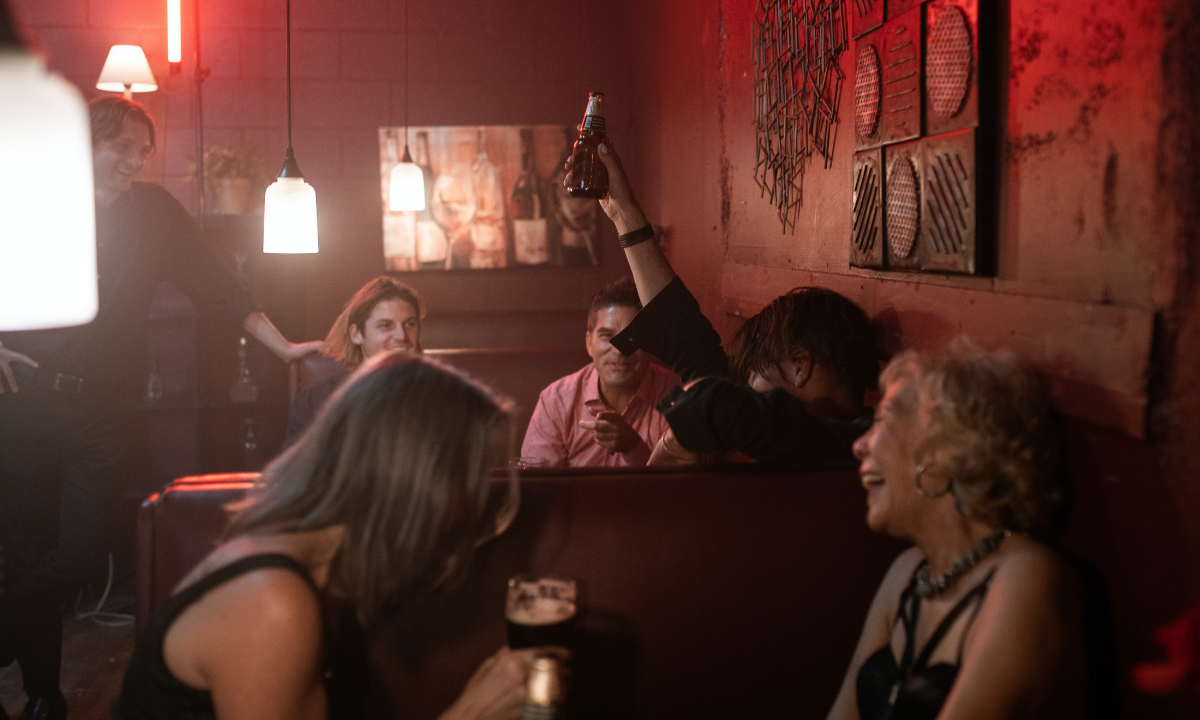 “Is the bar tender here?”

32. A horse walks into a bar. The shocked bartender points a finger his way in alarm and yells,

The horse says, “You read my mind, buddy.”

33. Why did the chicken cross the road?

Because he was poultry in motion.

34. A Pirate walks into a bar with a steering wheel attached to his dick.

The Bartender asks him why And the Pirate says: Argh, It’s driving me nuts.

35. A sandwich walks into a bar. The landlord says, “Sorry sir,

37. A Horse walks into a bar. Several people get up and leave,

realizing the potential danger in the situation.

38. This grasshopper walks into a bar, and the bartender says, “Hey! We have a drink named after you!”

The grasshopper replies, “Really? You have a drink named Steve?!”

The bartender says, “Why the short face?” 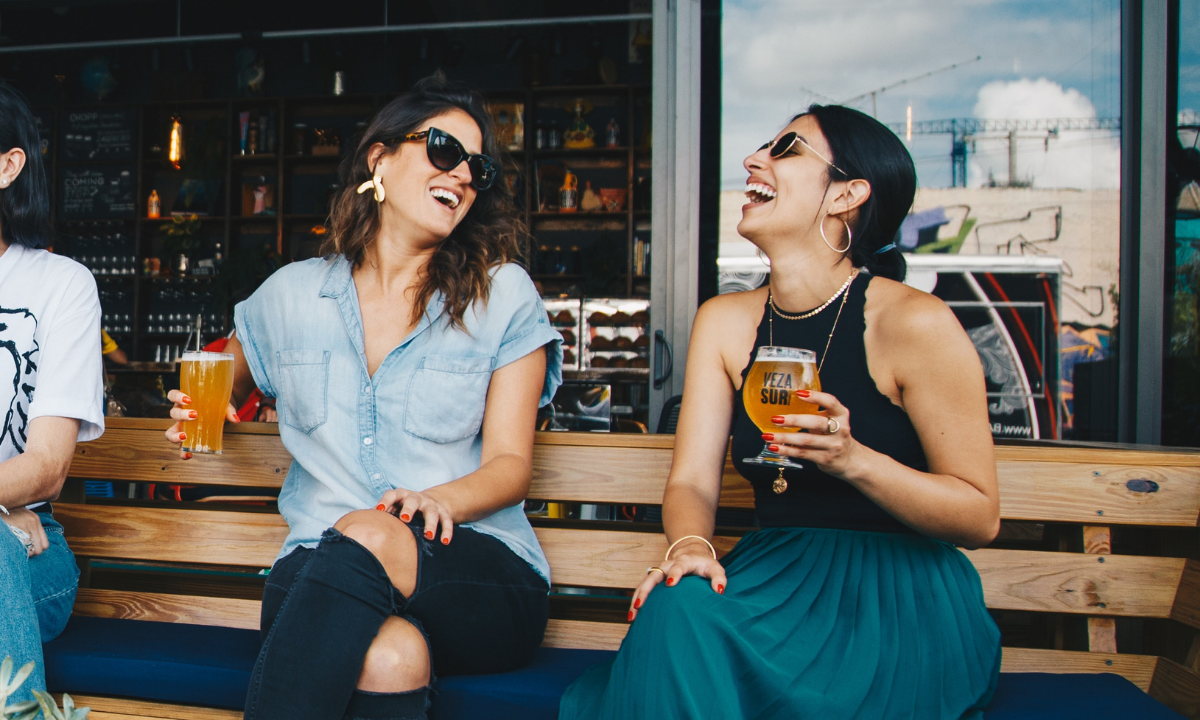 42. A jumper cable walked into a bar.

The bartender said, “I’ll serve you, but don’t start anything!”

45. Man walks up to a priest. The man says “I am Jesus Christ.” The priest says “No you are not my son.” The man says ” Follow me.” The man walks into the bar and the bartender says

“Jesus Christ your back!”

46. A run-on sentence walks into a bar it starts flirting.

With a cute little sentence fragment.

48. Why do Norwegian ships have bar codes on them?

So when they come into port they can Scan-Da-Navy-In!

50. The barman says, “We don’t serve time travelers in here.”

A time traveler walks into a bar.