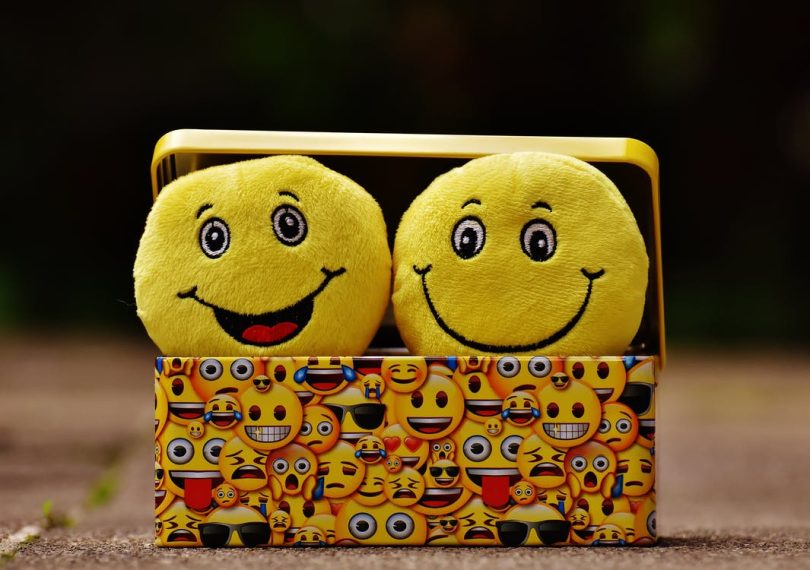 Well-crafted, clever, complex jokes that require a certain level of education or experience to understand have their time and place. Funny and stupid jokes, on the other hand, never go out of vogue. Don’t be embarrassed if your sense of humor is a little on the wacky side. Everyone enjoys a good crowdpleaser, which is why they’re called that. So keep reading for some of our favorite groaner jokes, and don’t forget to tell your equally immature pals about them.

Enjoy these clean jokes that you can tell all your friends and children without getting busted! We’re hoping they’ll think they’re great jokes!

2. Did you hear about the racing snail who got rid of his shell?

He thought it would make him faster, but it just made him sluggish.

3. There’s a guy in town who walks around talking to himself using only figurative language. We call him the Village Idiom. -Albert Sloan

5. I asked a friend in Seattle what the difference was between a state like Washington and one like Florida. He shrugged. “Apples and oranges.” -John Fries

Customer: Do you have jogging shorts?

Me: We have running shorts. How fast were you planning on going? -Stephanie Chapman

7. My dad is so cheap that when he dies, he’s going to walk toward the light and turn it off. -Comedian Matin Atrushi

10. Two guys stole a calendar. They got six months each. -Submitted by Alex Del Bene

11. The definition of a perfectionist: someone who wants to go from point A to point A+. -David Bez

12. Could a … … librarian be called a bookkeeper? … referee be a game warden? … dairyman be a cowboy? … cabinetmaker be the president? -Submitted by J. Lee

13. After doing some DIY projects around the house, I have a new motto: Do your best to do things right the first few times. -Thomas Ngo

14. One of the shortest wills ever written: “Being of sound mind, I spent all the money.” -Submitted by Arthur Bland

15. I called the tinnitus hotline, but it just kept ringing … -E.M.

16. I can give you the cause of anaphylactic shock in a nutshell. -Gary Delaney, comedian

17. If I ever voiced disapproval of a photo of myself, my mother always had a ready reply: “Want a better picture? Get a better face.” -Maria Zagorski

18. I asked the kids in my nursery school class what they needed in order to grow up nice and strong. One little girl answered, “Birthdays!” -Abigail George

Sal: I only have my shelf to blame.

20. I approximated the Black Friday experience at home by hurling myself into a wall a number of times and then ordering online. -Kumail Nanjiani, comedian

22. Guy staring at an ambulance in front of Whole Foods: “Somebody must have accidentally eaten gluten.”

23. Marriage Counselor: So, what brings you here today?

Wife: He takes everything literally. I can’t stand it.

25. According to a new report, adverse side effects occurred in over 3,000 women who used Botox last year—none of whom seemed surprised. -Crystal Lowery

26. Spotted on a business marquee in Tacoma, Washington: MY BOSS TOLD ME TO CHANGE THE SIGN, SO I DID. -K.H.

27. People say, “I’m taking it one day at a time.” You know what? So is everybody. That’s how time works. -Hannibal Buress, comedian

28. Therapist: I’ve concluded that you are incapable of describing your feelings.

Patient: I can’t say that I am surprised!

29. What do you call a boomerang that doesn’t work?

30. Little League is a very good thing because it keeps the parents off the streets. -Yogi Berra, Yankees Catcher

31. You want proof baseball players are smarter than football players? How often do you see a baseball team penalized for too many men on the field? -Jim Bouton, Yankees Pitcher

32. Baseball statistics are like a girl in a bikini—they show a lot, but not everything. -Toby Harrah, Rangers Shortstop

33. Six-year-old Ned’s mother was looking through an old family Bible when an oak leaf fell out. Ned said, “I guess that must be Adam’s shorts.”

34. What do you call four bullfighters in quicksand?

35. To be or not to be a horse rider, that is equestrian. -Mark Simmons, comedian

36. Two ships collided. One was carrying a load of red paint, the other a load of blue paint. All the passengers were marooned.

37. A butcher accidentally backed into his meat grinder and got a little behind in his work!

38. Jenny: I can tell if someone is lying just by looking at him.

Jenny: Yep. I can tell if he is standing too.

39. How do you weigh a millennial?

40. Why does everybody sing “Take Me Out to the Ball Game” when they’re already there? -Larry Andersen, Phillies Pitcher

41. Why should you never date tennis players?

Love means nothing to them.

42. Fred: Can you tell me about that new do-it-yourself orthodontist?

43. What happened to the guy who sued over his missing luggage?

He lost his case.

44. Mike: Someone stole the wheels off of all the police cars!

Spike: The cops are working on it -tirelessly.

The water. Butane is lighter fluid.

48. What kind of shoes does a lazy person wear?

50. On my wedding day, my mom told my bride, “No refunds, no exchanges on sale items.” -Glen Zeider