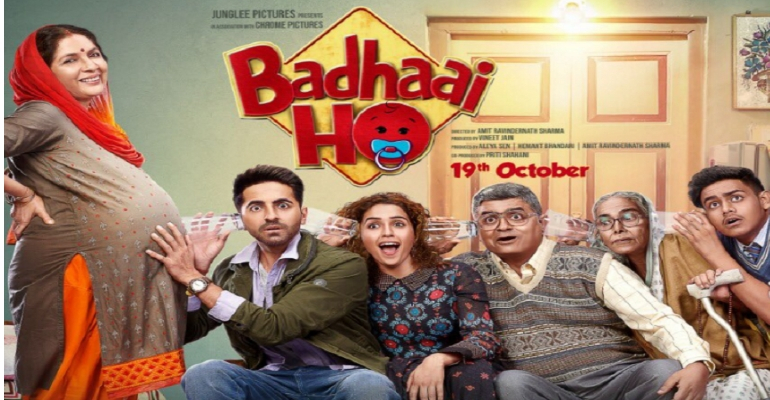 The trailer of Ayushmann Khurrana and Sanya Malhotra starrer Badhaai Ho is here, and it promises to be a hilarious narrative of an untimely pregnancy.

The film is a coming-of-age story with a touch of laughs and romance. It’s the romance of an elderly couple that might have got the family embarrassed but is sure to tickle your funny bone.

Neena Gupta’s character (who plays Ayushmann’s mother in the film) gets pregnant at an older age and this surprises everyone within the family and the society. The trailer is all about this, and it looks like the film is a slice-of-life comedy.

Directed by Amit Ravindernath Sharma and written by Shanatanu Srivastava and Akshat Ghildial, the film is a comedy which has a strong ensemble cast.

Presented by Junglee Pictures in association with Chrome Pictures, the movie is all set to hit the theaters on October 19 and we can’t wait to witness this crazy ride on the silver screens.